Tristram Budel, a Dutch designer / maker / tinkerer depending on your semantic preferences, has been working on some 3D printing related open-sourced goodness, of which blueprints are now published on Instructables. However, due to the project’s unique nature it deserves coverage on every other channel as well, thus showcased here on 3DPI today.

Unlike most of the community created / non-commercial 3D printers popping up, the used tech here is not FDM as Tristram’s printer project is all about liquid resin and its hardening interaction with light – an open-source high-res DLP 3D printer more specifically – which has now reached its first full-fledged iterative phase.

Differentiating from the crowd was actually one of the reasons behind the 3DP tech decision, but also DLP’s potential to create objects repping minuscule microns accuracy-wise and – even somewhat surprisingly – the ease of building such a machine. These all fit nicely into the attribute list Tristram and the team have created, which has boxes to be ticked whenever designing a new printer.

The listed features are something that most of us would like to see as fundamental principles adopted by even more 3DP-innovators I’m sure: affordability, open-source nature, compact size, high-res, wide compatibility with materials, ease of use and fast operating. For some reason I’m assuming that not all of the commercial companies in the industry with short and long-term focuses centered around profits will agree on all of these features – especially on the two first ones at least. But as Tristram is dreaming of a future iteration of his device to be the star of a Kickstarter campaign, others can dream as well.

Being in Instructables, the DIY DLP 3D printer’s building process is explained very thoroughly. It contains a lot of interesting notions and also a build of character and the designer’s personal skills, as the process evolves chronologically side-by-side with the instructions – so in short, a good read even if you’re not planning to build this kind 3DP at this point. The explanations behind material / part / component decisions are also colored with a rational, yet positive daily grind type of narrative, which is not always the case – especially with Instructables’ more strictly hi-tech engineering-focused members – which is desirable from the user perspective as every segment deserves an angle suitable for themselves and an equal treatment. 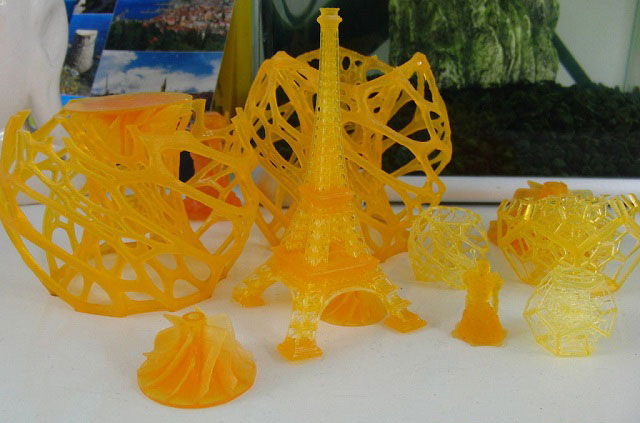 However, just to be fair, even though relatively easy in its respective context, Tristram’s DPL 3D printer is not of course a my-first-kind of project in any way: having designing, building and tweaking experience added with an access to a well-equipped workshop and materials are still needed in order to complete an ambitious project such as this. But if you’re one of the benhecks of the world, this is something worth at least considering – and taking a look at the requirements for yourself, which I didn’t want to include in this short introductory piece of this project… And even if you’re not that experienced I still recommend to check out the full instructions by hitting the source link below and give Tristram your support – as an open-source enthusiast the communal aspect and personal contributions would likely be considered as very positive: and even thrive him to build a kit of this DLP 3DP machine in the future, which we’d be more than happy to see!