The long term dream for 3D printing is fully distributed and democratised manufacturing, as opposed to the current dominant model of centralized production. Long before that happens, though, it will be the current manufacturing industry that will evolve into something else. For GE, that something else is called the “flexible factory”, a new concept for a 3D printing-based assembly plant which will make multiple products and parts in India.

One of the coolest aspects of their flexible factory, which is located in Pune, near Mumbai in western India, is that 3D printers are just the beginning. For GE, the future of production is no longer about making additive and digital manufacturing plants. That is considered the norm. What is fascinating about the flexible factory is the multifaceted uses it employs with its 3D printers, as well as the prospects that this entails for India’s (and, by extension, the global) economy. 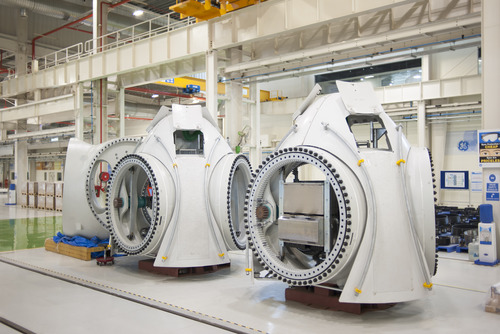 The $200 million, 67-acre-large GE factory will make jet engine parts, locomotive components, wind turbines, and water treatment units for the oil and gas industries. All of these parts will be built under a single roof for the first time and will supply four different GE businesses. In an area as large as 38 football fields, it will employ 1,500 workers who will share production lines, support infrastructures, industrial 3D printers, and laser inspection technology.

“The plant will allow us to quickly adjust production as demand comes in, using the same people and space,” said Banmali Agrawala, president and CEO of GE South Asia. GE’s flexible factory is not just flexible, but it is also “smart” (or actually “brilliant”, as GE defined it). This means that it will use smart, connected systems for its computers and factory equipment to talk to one another over the Industrial Internet in real time, sharing information, and making decisions to optimise production. 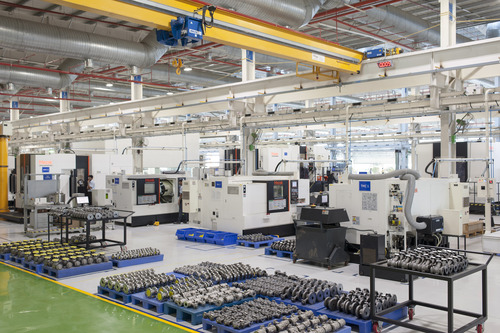 Building this state of the art plant in India made sense to GE for the same reason in which developing economies are sometimes faster to adopt new technologies. Instead of Germany, Japan, or the US, India’s fragmented, yet extremely numerous, GE suppliers can take advantage of the factory’s ability to cater to many different needs at the same time. “The multi-modal plant is good for us and good for them. It will give us a chance to invest in the right tools, processes, and training, keep our machines utilized, and develop new products faster and cheaper. It will also give us a chance to experiment and try new things,” said Agrawala.

For India, the factory is also a way to boost its manufacturing sector and create new jobs, as per Prime Minister Narendra Modi’s “Make in India” campaign, which seeks to create 100 million new jobs by 2022. It is not a matter of replacing human jobs with machines, but a matter of creating more items in a more sustainable and optimised way. Used in this way, 3D printers can create more jobs for a trained workforce – a step in the right direction, while we work toward fully distributed and sustainable manufacturing.