If there is one thing laser technology development is fundamentally important for it is selective laser melting (SLM) technology. That is why the Fraunhofer Institute for Laser Technology (ILT) partners with companies such as Concept Laser on research and testing for their new systems. Now the famed German institution is going one step further in presenting not just a new laser but a new, faster and more efficient, multispot SLM machine design.

As the market asks for faster and more efficient ways to additively manufacture, the new machine and concept, which was announced both at London’s 3DP and AM Global Summit and at Euromold last week, is meant to “simplify productivity scaling and building space at a significantly lower cost than previous machine designs allowed.” 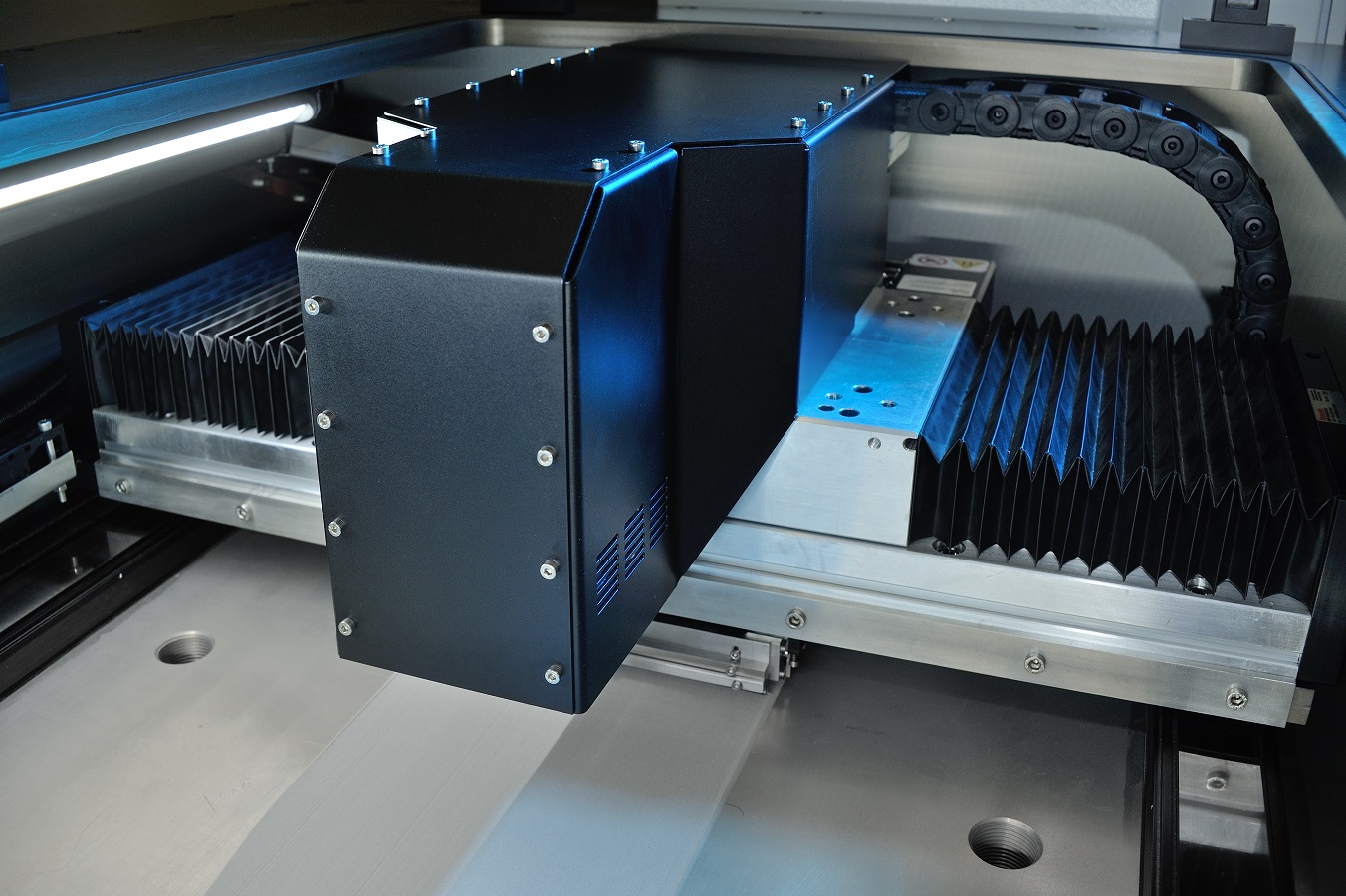 The Fraunhofer team behind this research points out that until now productivity had been mainly boosted by using higher laser power in combination with optics systems that allow operators to adjust the beam diameter. Larger building spaces are currently achieved through the use of a movable single optical system or multiple parallel beam sources and scanner systems.

The new approach, designed and built at the Aachen site (with funds from the Cluster of Excellence Integrative Production Technology for High Wage Countries), will instead do away with scanner systems altogether and instead rely on a printer head featuring several individually controllable diode lasers, moving on linear axes.

The obvious advantage of such an approach is that it can be scaled in terms of build-rate by simply adding virtually unlimited numbers of beam sources, without any need for modification to the system’s basic design, exposure control or process parameters. Furthermore the build space can be increased by extending the travel lengths of the axis system, without changing the optical system.

The Fraunhofer team also tried to answer all the requests of industrial SLM adopters by implementing features that allow for process monitoring systems to be incorporated and for position-independent reproducible component quality, though a local shielding gas flow system that guarantees a constant stream of the gas at each processing point.

The race for faster additive production is on. Other projects such as Professor Hopkinson’s HSS, Aerosud’s AeroSWIFT and current highly scalable technologies such as Arcam’s EBM all point in this direction and my own personal opinion is that in not so many years the quantity and number of parts industrially produced by AM is going to skyrocket.