Few designers have embraced 3D printing technologies – and have been able to both exploit their new creative possibilities and bring them to a broader public – than Francis Bitonti. Over the past few years, he has been a star exhibitor at several 3D printing related conferences and has attracted the attention of several mainstream media by dressing up celebrities, for example, the highly recognizable 3D printed gown for Dita Von Teese. 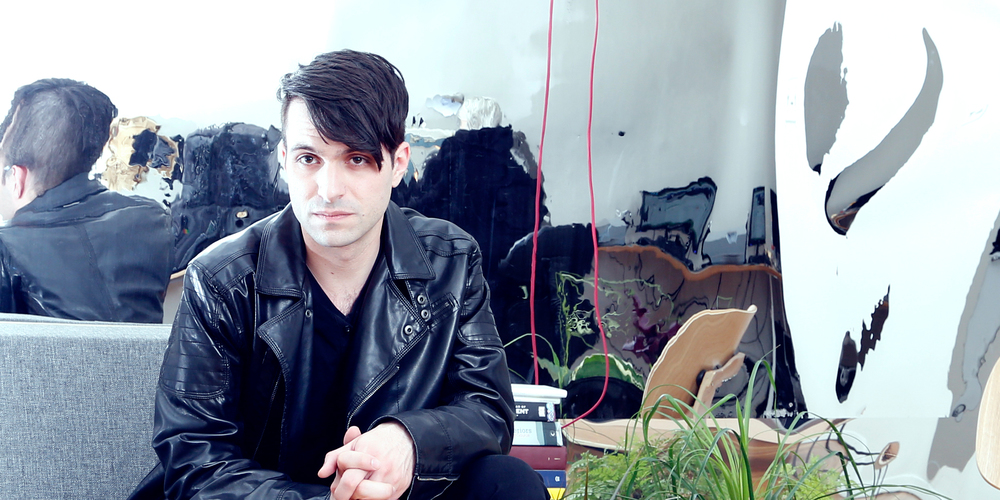 Like other designers who use 3D printing technologies, Bitonti bases his work on generative design software he contributes to develop. “My design process is a collaboration with artificial intelligence,” he has explained. “We’re transposing these ideas from digital design methodologies to tangible consumer experiences and products.” While Bitonti is a precursor in this field, his work is making headway into popular fashion culture, as he has just launched his new shoe collection, “Mutatio” at the United Nude store in Bond Street, NYC. 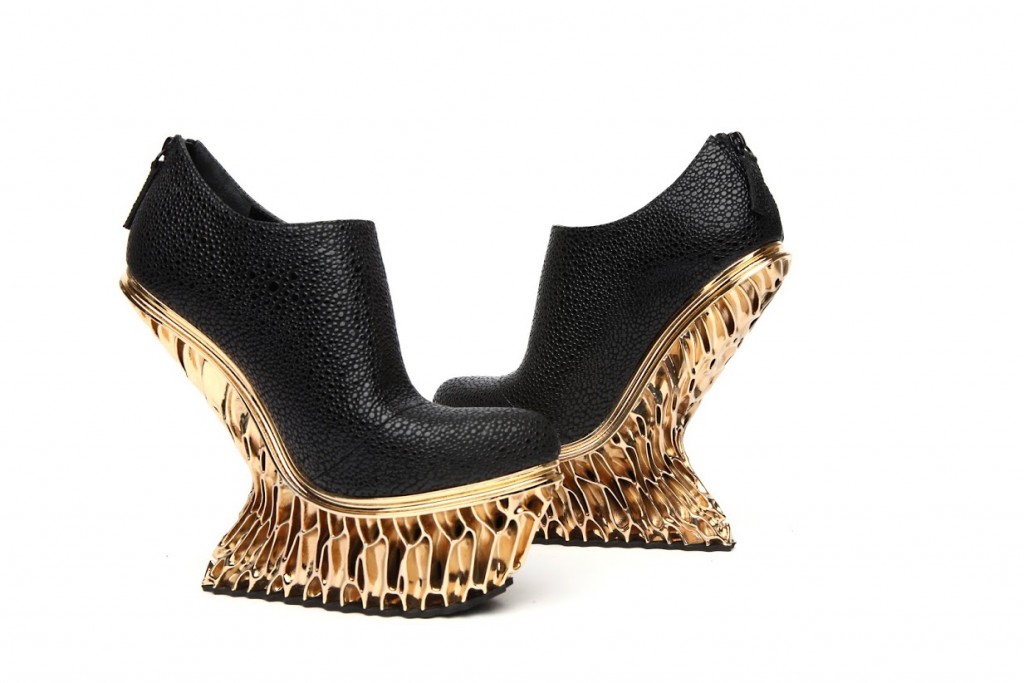 You may remember United Nude as the brand that collaborated with 3D Systems in producing a set of 3D printed shoes from some of the best known designers in the world, including Zaha Hadid, at the latest Design Week in Milan. Bitonti’s Mutatio shoes are arguably more realistically wearable, although no less geometrically intricate and original. 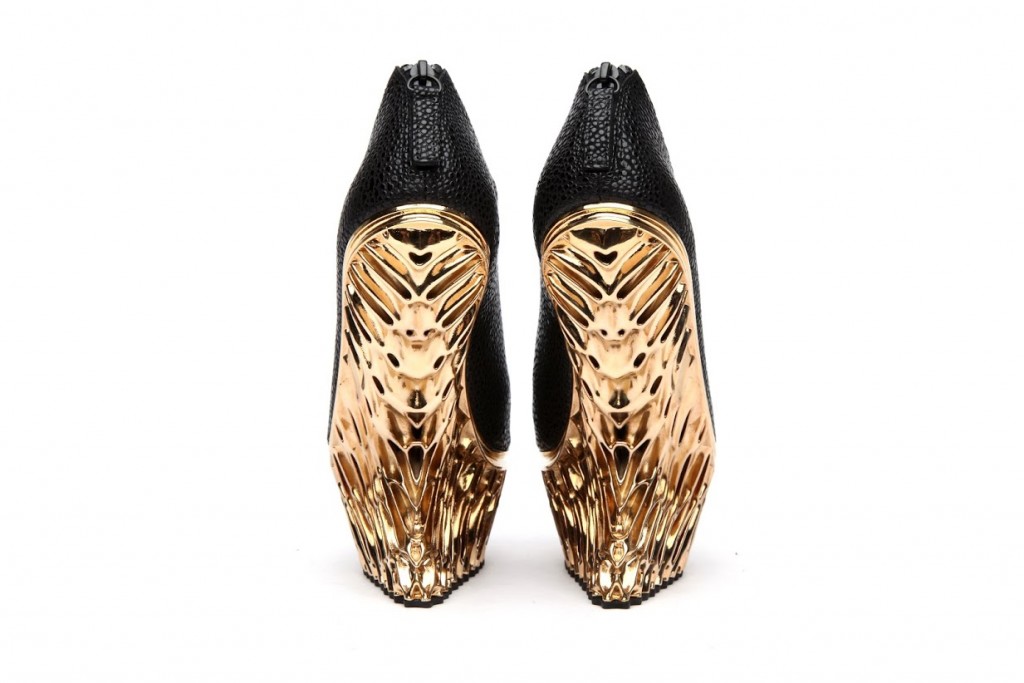 The launch event in NYC was also sponsored by 3D Systems as the company is turning to designers such as Bitonti to help bring its technology to a wider demographic. Looking to the future of manufacturing, mass customization, Bitonti openly sees computational design methodologies and additive manufacturing processes as opportunities to create new aesthetic languages. 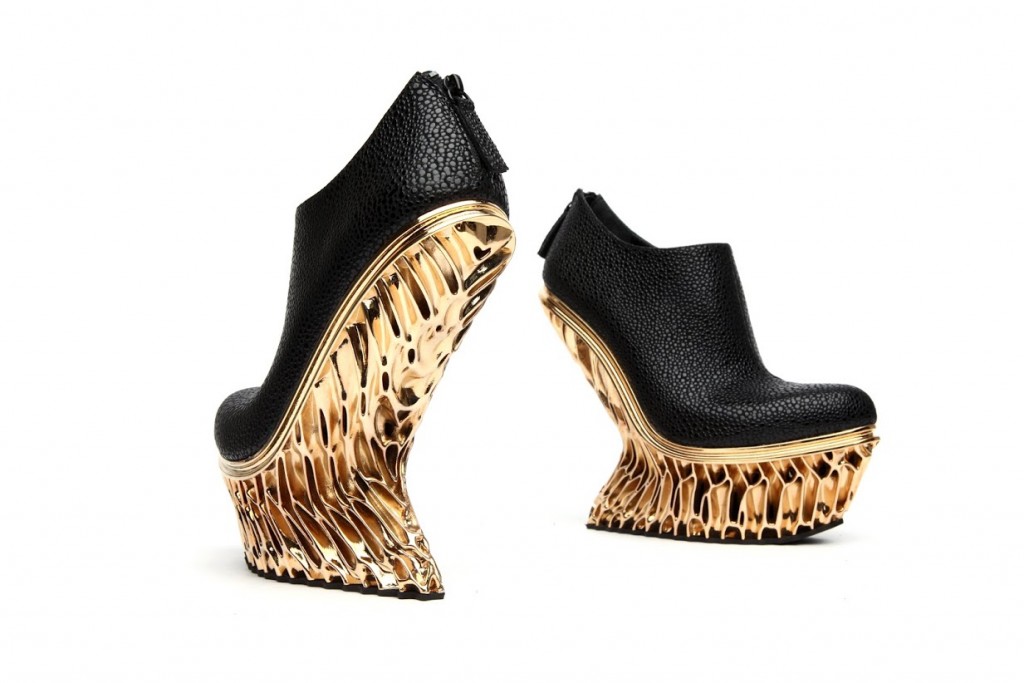 Francis has pioneered a number of techniques for 3D printing cellular textiles and has made advancements in the field of multi-material printing. His vision is pointed towards a manufacturing future for the information age, as his own work pushes additive manufacturing to its limits.

As most pret-a-porter 3D printed accessories, the Mutatio models combine both 3D printing and traditional manufacturing, with the heel 3D printed and gold-plated, while the upper part, covering the foot, is in leather. This allows for both comfort and extreme personalization, as each single pair of shoes in the collection will have a unique sole, which is generated by Bitonti’s algorithm and digitally manufactured. This is what mass customization is all about, and we are going to see a lot more to come. 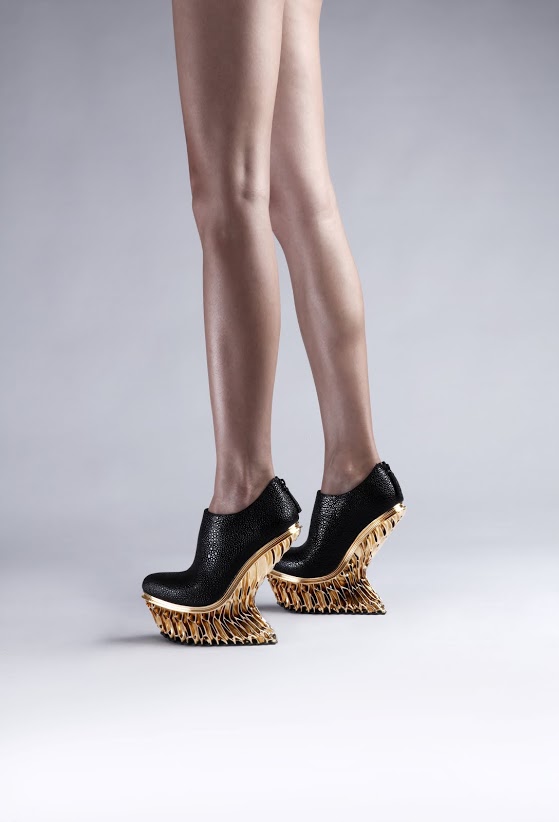