DesignBox3D is a fairly unique reseller in today’s 3D printer market, and by that I mean that they actually know about the things they sell, and understand the technology itself. I have been reporting on the 3D movement for the past couple of years and have had the opportunity to meet a great number of people involved in the industry. Most of these people have been extremely knowledgeable, but, as our industry has grown, we have started attracting some whose sole interest is “getting in on the action.”

This is an important issue, as our industry is entering a critical phase in its growth. Awareness of 3D printing has spread far and wide, but actual knowledge in the general public is still in very short supply. People are curious and want to experience the power of 3D printing for themselves, which is great! But here is the rub: if they buy a new machine, give it a try, and have a bad experience, will they try to learn more… or just flake off?

Keep in mind that this customer, who bought an inferior machine from a low quality competitor, is not only a customer your company didn’t get, but is likely to be a customer your company may never get because they are no longer 3D printer customers. And, to add injury upon injury, how many yet-to-try-3D-printing people will they negatively influence?

Enter the reputable resellers. Emphasis on “reputable,” as a good reseller can expand our markets better than almost any other player. In most industries like ours, the reseller is where the “rubber meets the road.” They are the point of direct contact with customers and potential customers. I was lucky enough to encounter one such reseller on a recent business trip to Ohio…and it came in the form of a company with the interesting name of DesignBox3D. 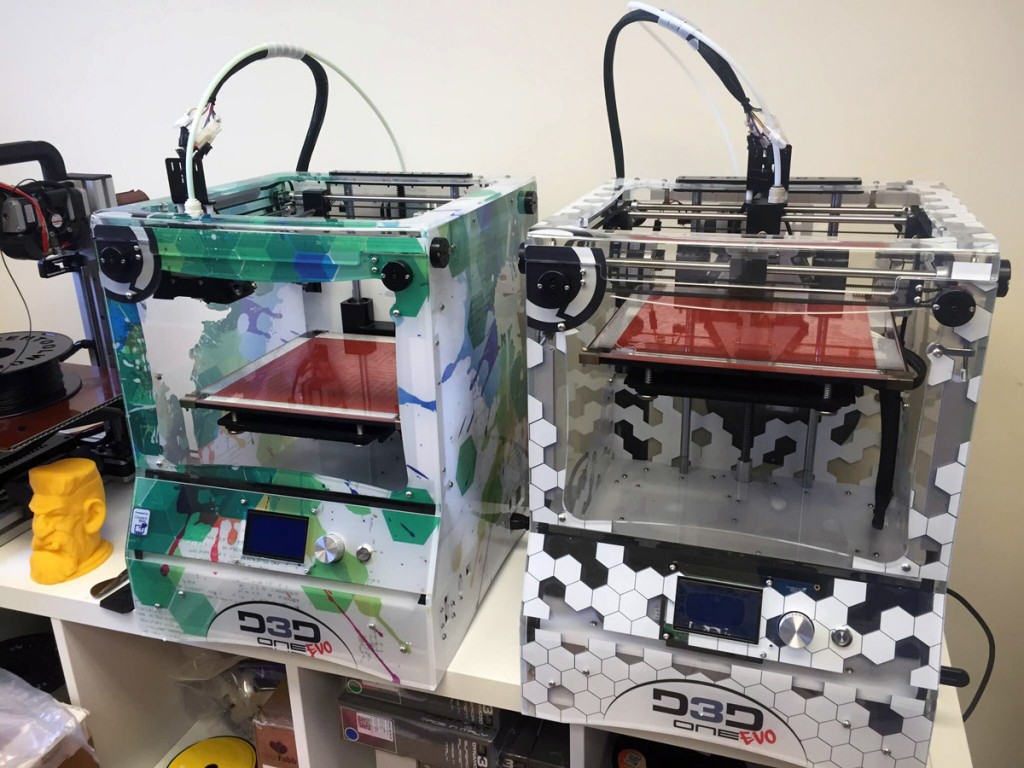 DesignBox3D is the creation of Preet Jesrani, who became interested in 3D printing a few years ago. As he put it, “I have always enjoyed working in the technology space more than any other space that I have had the good fortune of working in. In my teens, I started a business that led to becoming a distributor for Commodore and their ‘light years ahead’ bleeding edge Amiga line. Having worked in management consulting, politics, and then banking, I made the decision to go back to doing what I enjoyed – working in the tech sector in an area with a technology that held the promise of truly changing the way people think about designing, making, and manufacturing.” 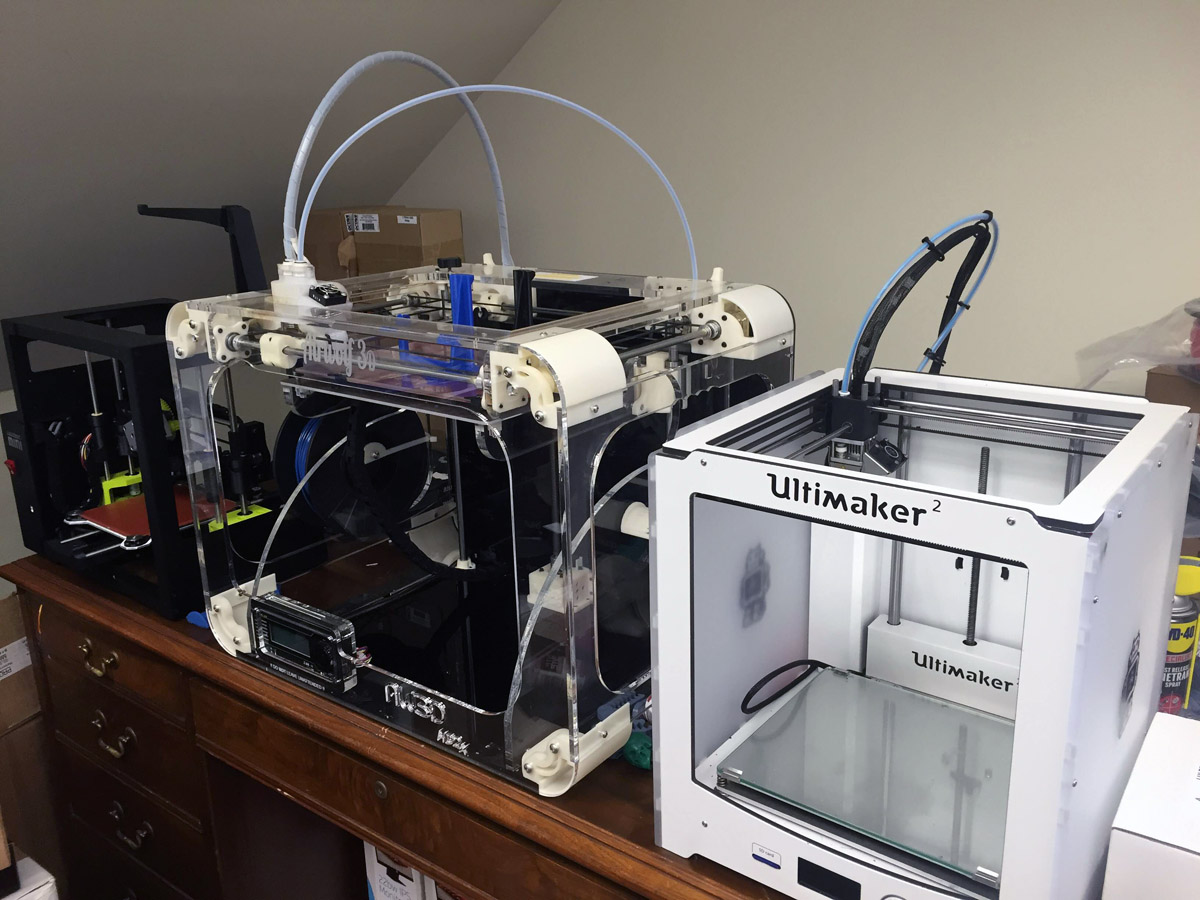 When I visited DesignBox3D’s base of operations in Ohio, I saw a businessman determined to build a trustworthy company that both the experienced and uninitiated alike could turn to for advice and guidance, as well as representing the best that the tech currently has to offer. And represent they did. They had machines from Type A Machines, Airwolf 3D, Afinia, Felix, LulzBot, Moment, and ZYYX. They also had a wide selection of build materials from Polymaker, MadeSolid, Fiberforce, and ProtoPasta, and I was told that they are currently evaluating several other vendors. And, for me, that was key: they were evaluating the vendors before agreeing to carry their products. 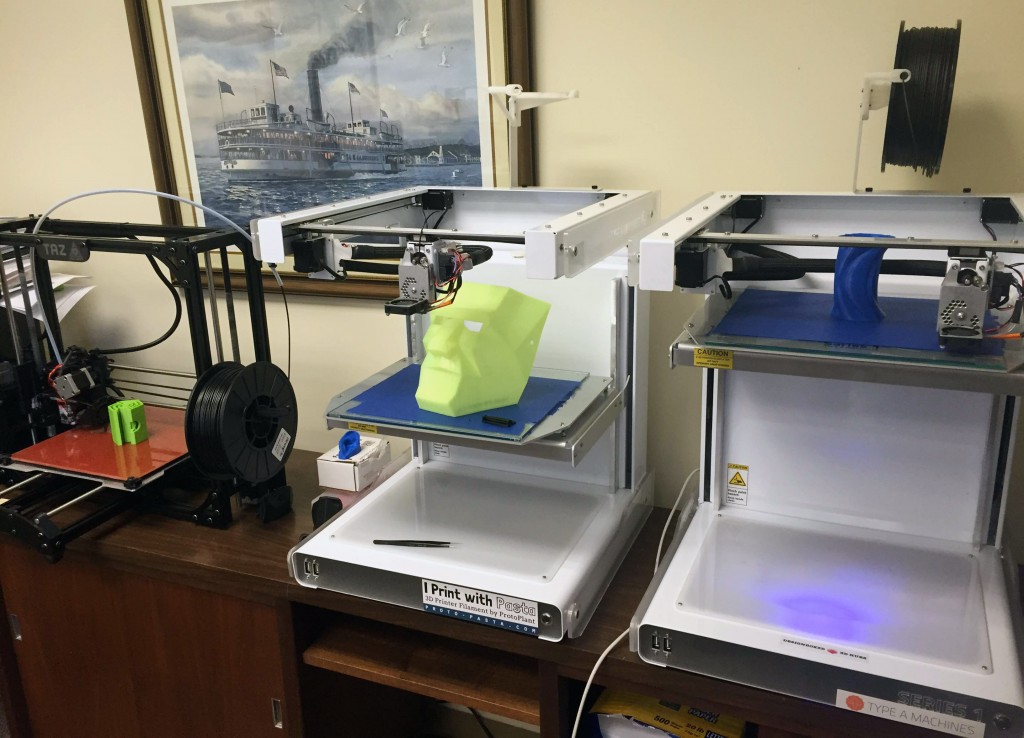 “DesignBox3D has an unrelenting focus on thorough testing of all 3D printers it carries, or are planning on distributing or reselling. As you can imagine, this is akin to ‘total immersion’- you can’t sell, or help to sell something you do not know well and the 3D printer manufacturers we were working with quickly grew in number. We only work with manufacturers that have a quality, reliable and relevant product with multi-material capability.”

He explained that, in his opinion, not making the effort to learn the tech before getting into the business and selling is irresponsible, and borders on dishonesty. He went on to say that he understands that manufacturers need to move product to keep the wheels turning, but he thinks that they should be doing a better job of vetting resellers. After all, these are the people who will be representing them to the world.

He also explained that, while his children were fascinated by the stuff their dad was working on, his wife may have had a slightly different opinion. “Every now and then, I would bring home a printer to test, and this quickly spiraled out of control – and 3D printers seemed to be everywhere you looked, along with spools of filament and 3D printed objects covering desks, counters and tables… until I finally had to take them back to the office to lose the chaos.”

In addition to his work vetting current hardware manufacturers, Mr. Jesrani is also encouraging future makers and entrepreneurs by supporting the efforts of local young people. He spoke about one such individual he is currently very excited about who is designing and building a small company to design, manufacture, and sell home security kits with a STEM focus for assembly by other youngsters. He said that the entire project was conceived and put together (with guiding advice from DesignBox3D) by the new company’s founder… aged 13! He said that once ready for the market, the new products would likely be profiled on DesignBox3D’s website. “Nothing makes me happier than seeing, and helping young people get started and encouraging the ‘Maker Spirit” that we see…which has always been part of the Ohio area’s history.”

His advice to all the startups out there is not to give up. Keep developing your ideas and bring them into reality. Even though there are several players in the field already, apparent size and strength may be a bit deceiving, as things can change quickly. “I really believe that in this industry it will be the second movers who will be the ultimate winners.”