Back when the 3D printable Liberator pistol was unveiled two years ago, it foreshadowed the rise of 3D printed guns.  And, as dangerous as they may be for those firing them, it was as inevitable as the ability to download music illegally that amateur gunsmithers around the world would take advantage of this new, affordable manufacturing method to print guns and gun parts. Slowly, we’ve seen a rise in 3D printed guns and gun paraphernalia spring up in countries with varying levels of gun control, from Australia to Japan to the US.  Most recently, in Chiloquin, Oregon, police arrested Joshua Holloway and Nolan DaBell for the possession of stolen and illegally-modified guns, including an AR-15 assault rifle with a lower receiver believed to have been 3D printed. 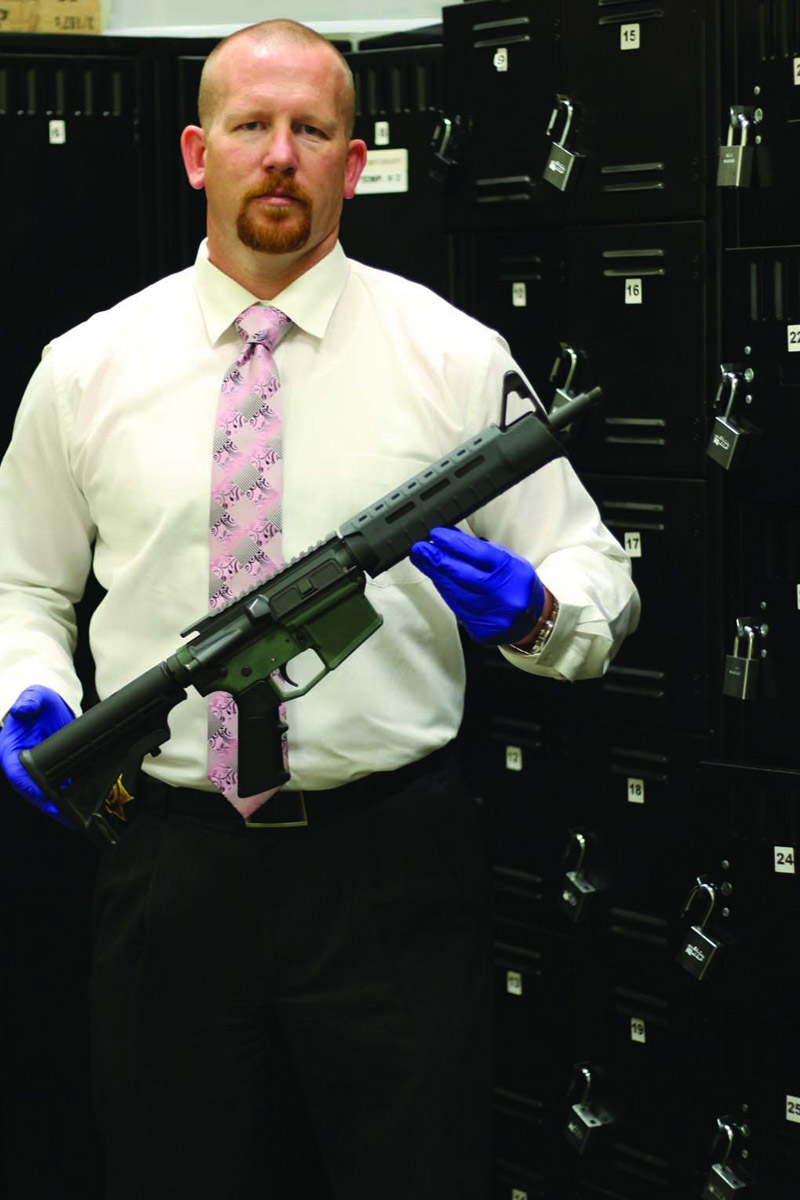 In addition to the rifles, a sawed-off shotgun, and a Colt revolver, Klamath County Sheriff’s Office (KCSO) seized the assault rifle with a lower receiver that lacked a serial number, but had several imperfections. Upon consulting with the Bureau of Alcohol, Tobacco, Firearms and Explosives, Detective Eric Shepherd believes that a 3D printer was used to make the receiver.  Detective Shepherd says, “Being felons, they could not have purchased the lower receiver,” but that they could have purchased the other parts piecemeal through legal means.

At the moment, the Undetectable Firearms Act prohibits the manufacturing of guns that cannot be detected by metal detector, allowing such guns as the Liberator to feature trivial metal components that can be removed before and after passing through such a device.  The 3D printing of an AR-15 lower receiver, then, is not illegal in itself.  As a result, Rep. Steve Israel (D-NY) is working to change this to include language in an updated version of the bill that would ensure that functional portions of a gun cannot be 3D printed.  Such a bill would make the 3D printing (or manufacturing by other means) in non-metals of a lower receiver, which includes the rifle’s firing mechanism, illegal.