In Argentina, it is not possible to evaluate a 3D printer manufacturer without some considerations on the limits on imports and exports that were in place during the past administration and that – in these very days – have been done away with. Few startups here embody this transition as much as Trideo, a four-person firm located in the very center of Buenos Aires.

The reason why Trideo is particularly relevant in this transitional phase is that the three co-founders have been living in Argentina for many years, but they originate from Europe. Nicolas Berenfeld is from Belgium, while Simon Gabriac and Laurent Rodriguez are from France. Both have engineering backgrounds. They are now supported by Mercedes Morales, who is from central Argentina and has both an engineering and biomedical background. 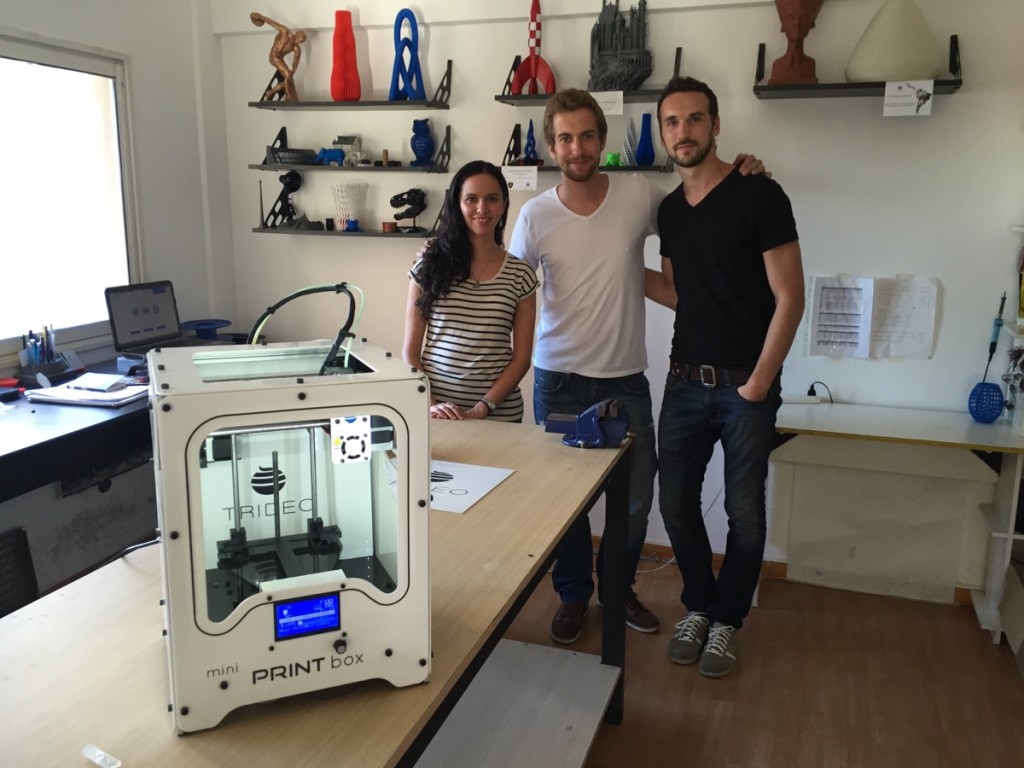 In a country that has been strenuously defending its internal production, being a foreigner is not helpful when applying for funding and governmental support. However, at the same time, it is those very same policies that may have enabled the company to successfully start up, by limiting and blocking the intense competition from larger foreign manufacturers.

Whether that is truly the case, and whether the duo will be able to expand its activities now that the import/export bans will be lifted by the new administration, remains to be seen. What is clear is that, in their office on the ninth floor of a building in Buenos Aires’s financial and political center, Trideo has been developing a range of solid and efficient 3D printers under the PRINTbox brand. Like other companies here in Argentina, they have built a self supporting business, using the money from their first sales to finance the production of more machines. 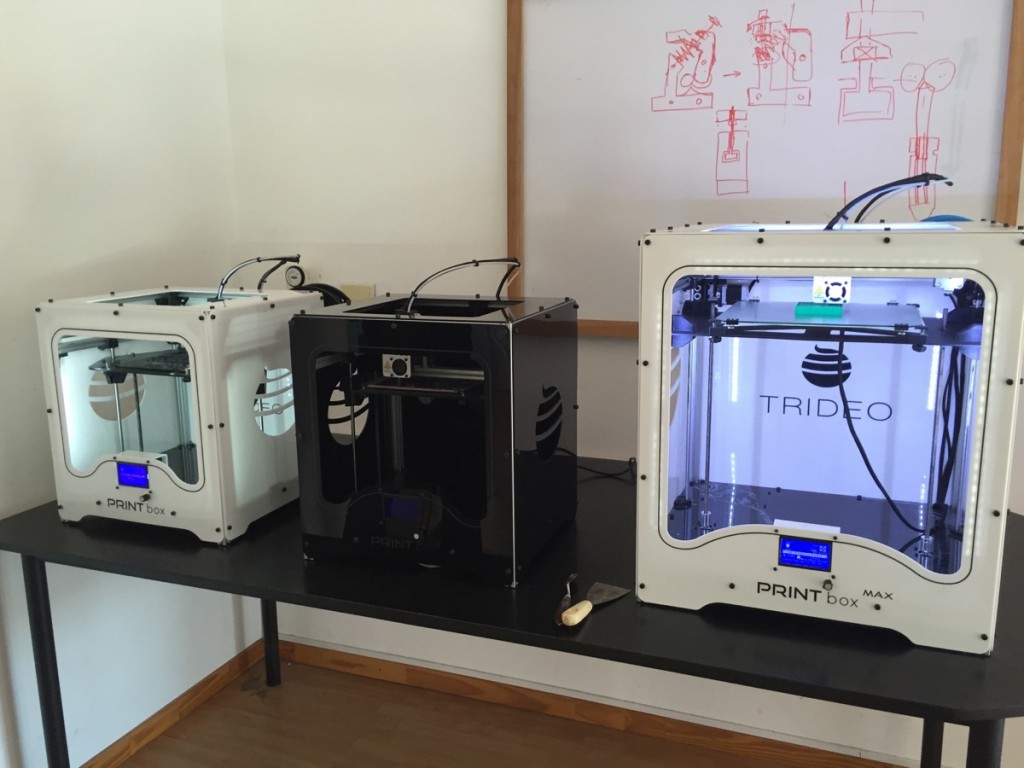 Obtaining components is not always easy or affordable and this translates in prices that are not comparable to those of machines in Europe, the US, or China. Lifting the ban on imports will mean that they will be able to obtain certain parts at much reduced costs and they will be better able to compete on international markets.

At the same time, the reduced competition has enabled them to dedicate maniacal attention to their machine models – which have been entirely developed and built locally – with the result that each machine looks like a stylish designer piece. Additionally, they also present excellent stability and – judging by the prints seen around the office and some videos that circle around the web (see below) – they are capable of achieving elevated reliability and print quality standards.

Trideo presented their first 3D printer in February and launched in April. They sold the first two models in June and immediately understood that their customers wanted larger print capabilities, so they developed and launched the expanded PRINTbox MAX, which is currently their top selling model. Both have a heated plate and can print in ABS and PLA. “Right now we are focusing on single extrusion, making sure it is fully reliable and that they are impeccable when they leave here,” says Nicolas. “We offer a full technical support package, included in the price, and fortunately we have not had any issues on that front.” Trideo also developed its own interface for the Slic3r engine and offer their custom slicer software, which is more intuitive and responsive. 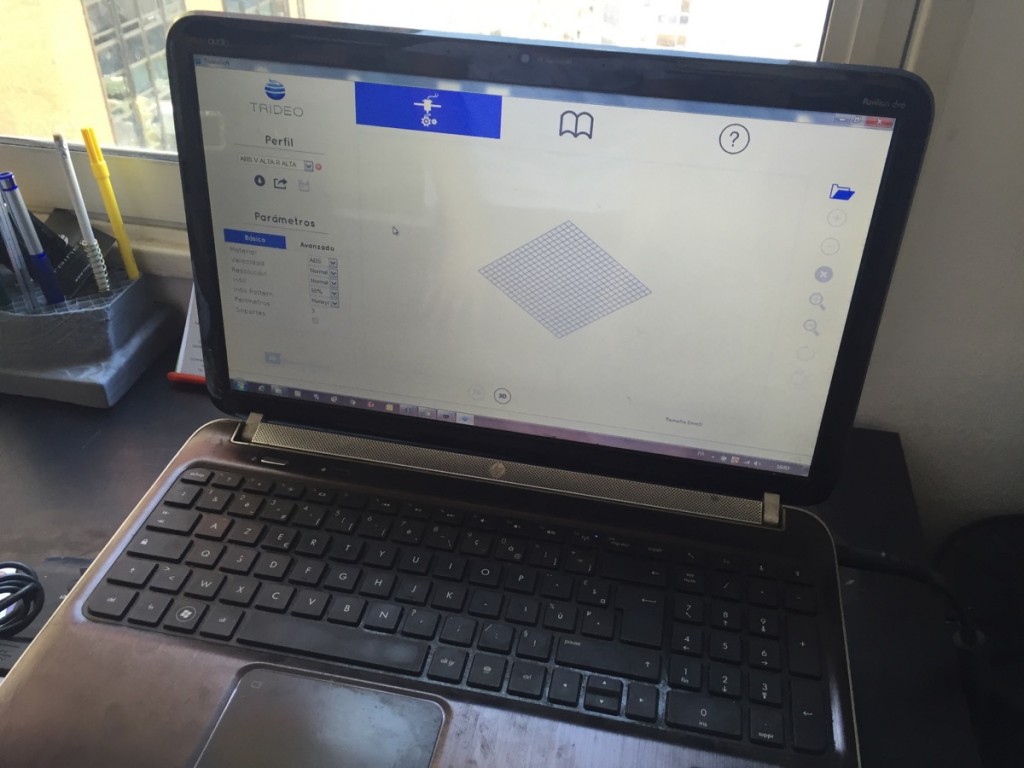 Their customers are generally Makers, local design studios, universities, and cultural centers. “Argentinians have a lot of creativity and these tools enable them to express that,” Nicolas goes on. That creativity is also on display inside the Trideo office, with designs both original and from South American designers that participated in a contest to test the capabilities of the PRINTbox MAX. Now Trideo – like other Argentinian 3D printer manufacturers – is looking to reach these designers in South America with their machines. 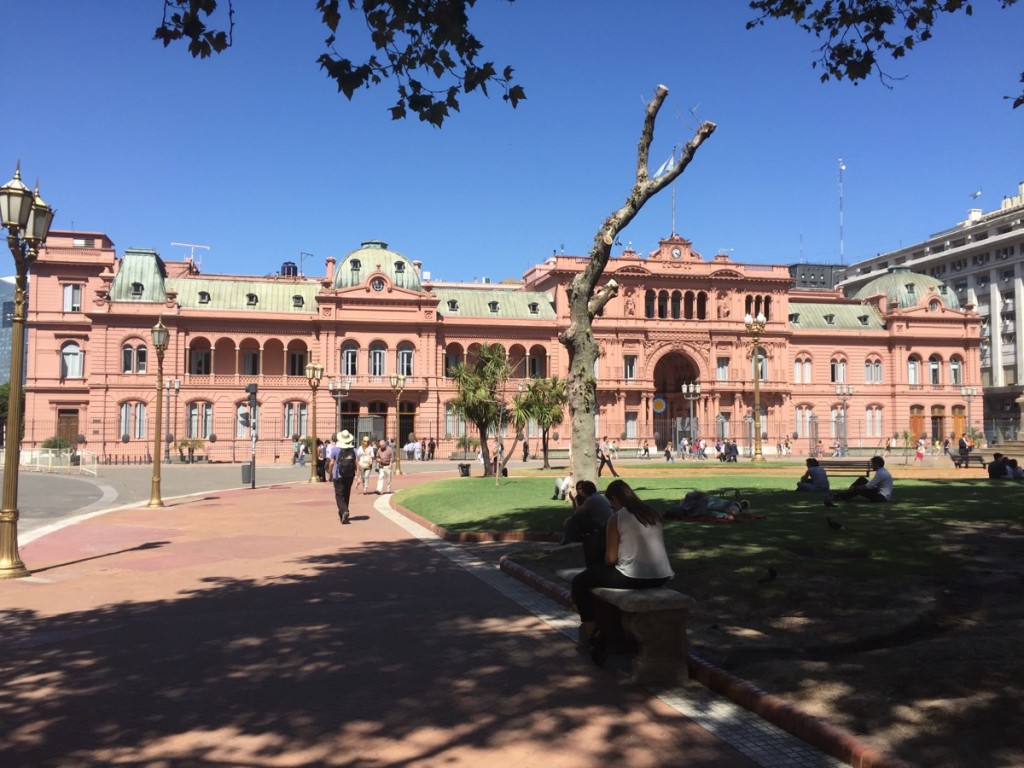 The reasons why Laurent and Nicolas chose to live and work in Argentina differ and are generally related to the fact that Buenos Aires is a great place to live. Their decision to set up shop in the very center of the city, only a couple of hundred meters from the Casa Rosada, is also understandable, both in terms of convenience and strategy, compensating for not being born locally by being located as centrally as can be.

It is hard to tell how Argentinian 3D printing startups will fare, now that they will have to compete in a global landscape. One thing is for sure: the import ban did not keep these young companies from emerging. Now, Argentina has the most active and vibrant 3D printing community in the South American continent, and one of the most active in the world. Borders often seem to become relative in 3D printing.