Kids’ Creation Station is the awesome service that was created to allow parents to turn their children’s 2D drawings into 3D statues. But, when their service was used in an unconventional way, it inspired them to play the part of Cupid. 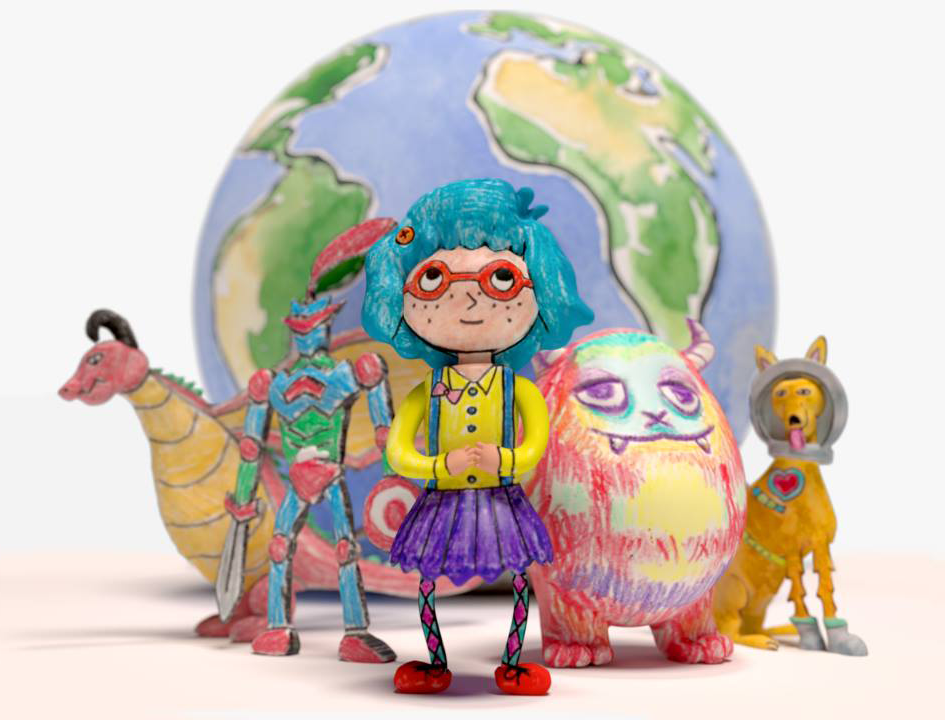 A lovebird named John sent the staff of Kids’ Creation Station an email, thanking them for their service. Considering what they created their 3D printing service for, they were a little surprised to find out that John wasn’t writing to tell them about a statue that he made for his child, but rather for his doodle-happy girlfriend.

John said in his letter. “Kids’ Creation Station is the perfect gift. I surprised my girlfriend by having one of her drawings 3D printed and she was totally blown away. She said it was the best gift she ever received. This is definitely going to become a recurring gift!”

It turns out that John’s girlfriend Kira likes to doodle, and when she’s done she gives them to him, fully expecting them to be thrown away. But it turns out that John is sentimental (okay, totally sweet) and has kept all of them safe in a box. When he heard about the Kids Creation Station service, he decided to send in one of her doodles and present her with a statue of it for Christmas.

The staff at Kids Creation Station was so inspired that they decided to host a Valentine’s Day Contest. In exchange for a free 3D printed sculpture of your artwork, all you need to do to enter is to share your art on Instagram with the hashtag #Art2Heart and a mention of @kidscreationstation. Include a brief description of the piece and why you want a 3D print of it, and, when the contest ends, the staff will select their favorite. But you better hurry, the contest ends on January 19th, so get sharing!