Last year our good friend Jim “Zheng3” Rodda broke the internet just a bit with his full suit of 3D printed, medieval, battle armor perfectly sized for Barbie. His first crowdfunding campaign – based off of a design that he whipped up for his niece’s birthday – was a big success, thanks to his sense of humor and the really fun prints. Well, he’s back to do it again, and this time he’s brought along Coco the cat.  Coco and his feline brain parasites will force you to give him money in exchange for 3D printed things. And, just look at that cat. Of course, you will give him money. 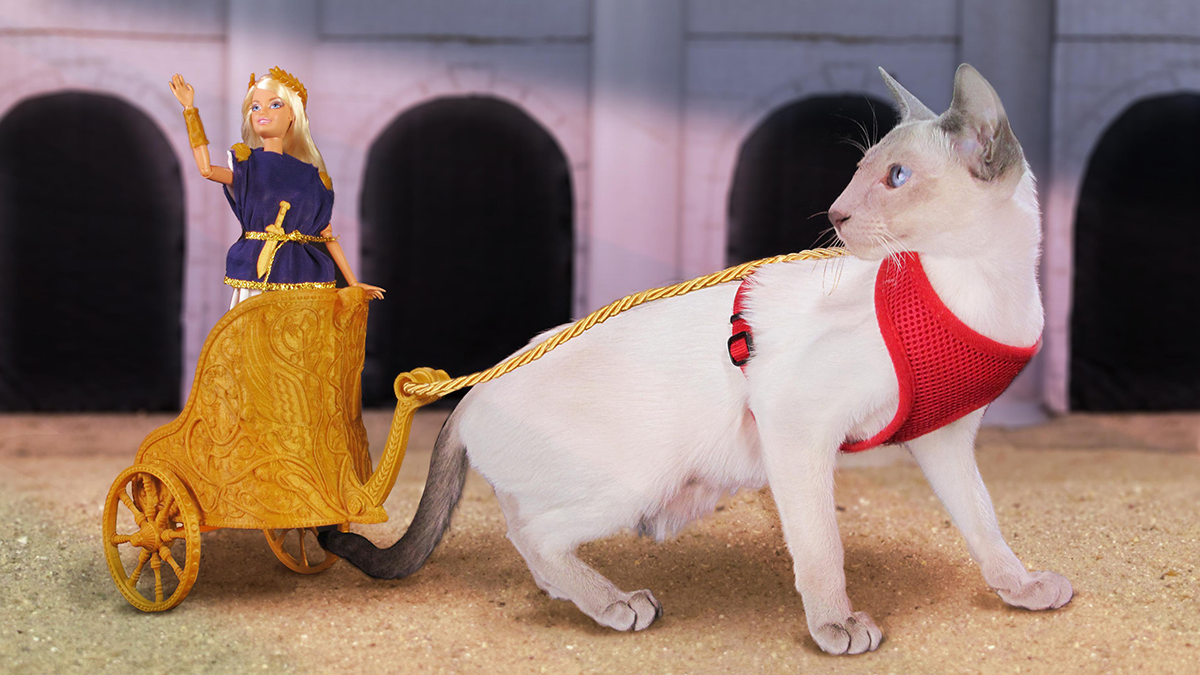 The new Kickstarter campaign is called Faire Play 2: When in Rome. This time around, he’s taken Barbie to Ancient Rome, where her and her blond hair fits right in, naturally. Rodda is looking to raise $15,000 to fully stock and fund his new 3D printing cottage business and feed his cat. Take a look at the amazing (Really, for honest folks, watch it) Kickstarter video here:

“I need your help to take my operation from ‘some dude in a basement’ to a garage-scale production facility. I’ll need some new hardware, software, a second 3D printer, and a bunch of less exciting stuff like workbenches, fire suppression systems, packing supplies, non-prescription sleep aids, and also the cat would like some more noms, please,” explains Rodda. “If the Kickstarter’s successful I’ll be able to deliver new and fun 3D printed toys and tchotchkes (and their 3D-printable blueprints) to the world for the foreseeable future.” 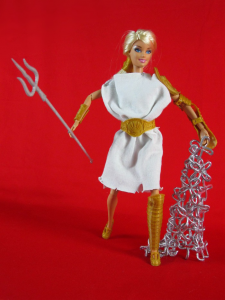 You can back the Faire Play 2 campaign for as little as two bucks, but the real rewards start at $11, which gets you a great set of Barbie-sized gladiator armor and weapons. $20 gives you an amazing empress outfit with a dagger, battle shoes, and a laurel crown. And, for a paltry $75, you can get your very own 3D printed Barbie-sized chariot, that is just the right size to be pulled by a cat. Or, maybe a small dog if you’re prefer. Heck, realistically, even something like a pet lizard or a ferret could be conscripted to pull it.

All of the 3D printed accessories are sized to fit the Barbie Fashionistas line of dolls from Mattel, which Rodda is quick to explain is not affiliated with him in any way. So, don’t sue him, Mattel; he’s just a grown man trying to sell doll-sized armor. There isn’t anything wrong with that. 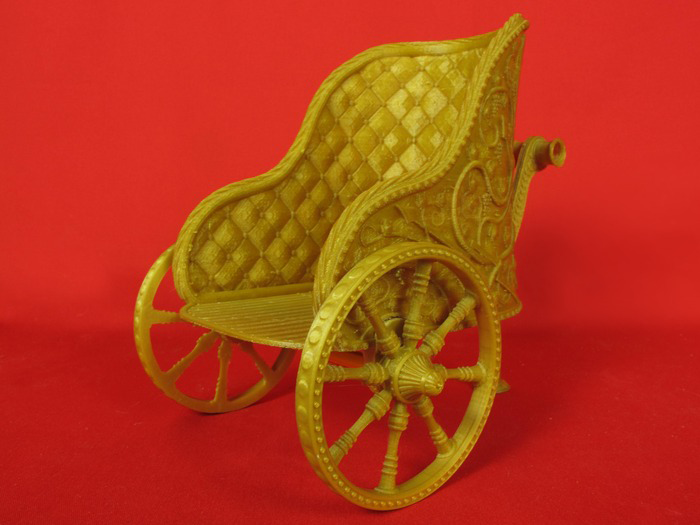 I write about a lot of Kickstarter campaigns, some less successful than others, but I don’t think I’ve ever laughed while reading the campaign description, nor the backing rewards. There are a lot of reasons to back this campaign. The most likely reasons: either you already have Barbies or you want to get some Barbies just to make them battle to the death. But, even if you have no interest in Barbie warfare, you can, at least, spare Rodda the $2 for making you laugh. And, Coco sort of demands that we all help his human out. And what Coco wants, Coco gets. If you own a cat a cat owns you, then you’ll understand why you have no choice.