Italy’s WASP has been on the cutting edge of 3D printing with their massive BigDelta WASP 3D printer.  Designed to tackle the lack of access to housing seen throughout the world, the BigDelta has aided the company in developing new ceramic printing methods, while resulting in a line of highly reliable and respected desktop fabrication tools in the process.  Now, the 12-meter tall BigDelta will be located at the heart of a new technology village located in Italy’s Massa Lombarda municipality.

The Massa Lombarda commune will work to build an eco-friendly village with low energy consumption dubbed Shambalha.  There, WASP will help to establish a working example of a “Maker Economy”, a new economic model in which everything is self-made and residents need not depend on monopolistic corporations. If successful, the concept could then be exported to regions where, according to WASP, “there is no productive potential or well-functioning infrastructure”, such as the world’s poorest countries.

On Tuesday, March 22, Massa Lombarda Mayor Daniele Bassi and Massimo Moretti, the founder of WASP and his larger Centro Sviluppo Progetti (CSP) business, will sign a three-year, renewable agreement that will see the BigDelta find a permanent location at the tech village.  Work will then begin to take place in April. Mayor Bassi says of the agreement, “Massa Lombarda has always been a district interested in innovation. The important agreement we signed today proves that the cohesion of energy, allegiance and creativity between the municipality and a capable entrepreneur like Massimo Moretti, it’s a crucial element of development for our city and the youth who we want to guarantee an adequate future commensurate to their hope.” 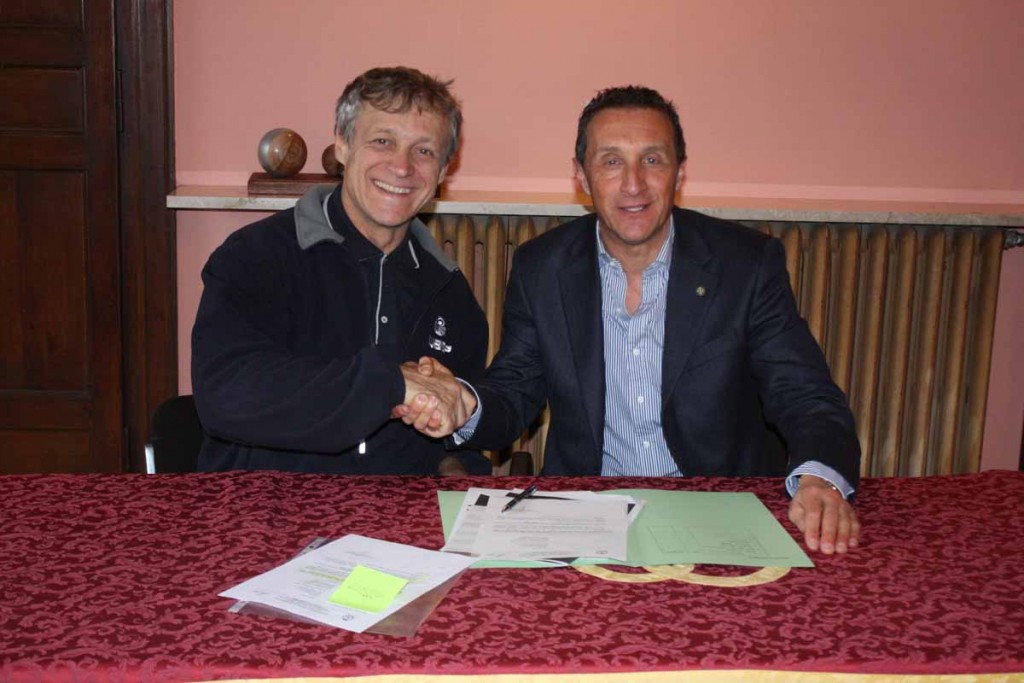 Moretti adds, “We decided to name the technological village Shambalha, from the name of the mythological place that symbolizes the city of peace, tranquility and happiness. A city quoted in a lot of cultural documents for its spirituality and technical advance. House, Food, Employment, Healthcare and Wellness are the basic human necessities of life,” he continues. “In our Shambalha we’ll print houses and vertical vegetable gardens of different sizes. There will also be a laboratory for compact desktop printer to make objects (forfeitures, biomedical, jewellery, ceramics). Thanks to the collaboration with some artists we are developing a cultural project.”

This is what makes WASP one of my favorite companies in the 3D printing industry.  With this exciting new generation of technologies, like 3D printing and open source electronics, we have an opportunity to reshape the way we interact in the world.  We need not resort to 20th century modes of thinking, in terms of wealth and power, but can build new social systems never before imagined.  The Maker Economy WASP seeks to establish in Massa Lombarda could be just one of many similar systems we’ll see truly fulfill human needs in a new era of civilization.