ExOne on Track to Recovery with Q4/2015 Financial Results

Now that the 3D printing hype bubble has deflated, hopes are high that once overpriced stocks will shift from the crash associated with the bubble and start increasing again to more reasonable levels. This would certainly please those with a true belief in the power of 3D printing technology and those more interested in the long-term potential of investing in 3D printing stocks. For the most part, the start of 2016 has seen publicly traded businesses make some very small improvements, including ExOne (NASDAQ: XONE), who, despite reporting losses during Q4, beat analyst expectations with today’s financial results. 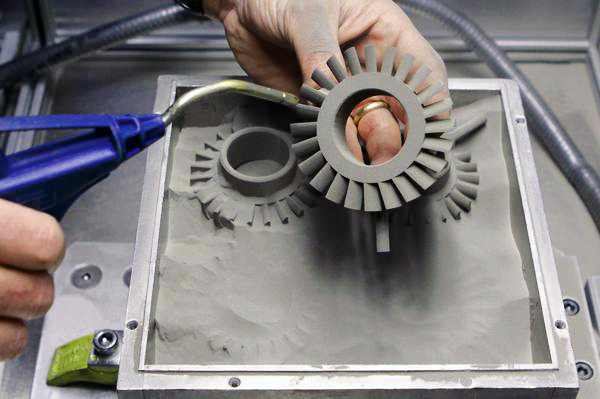 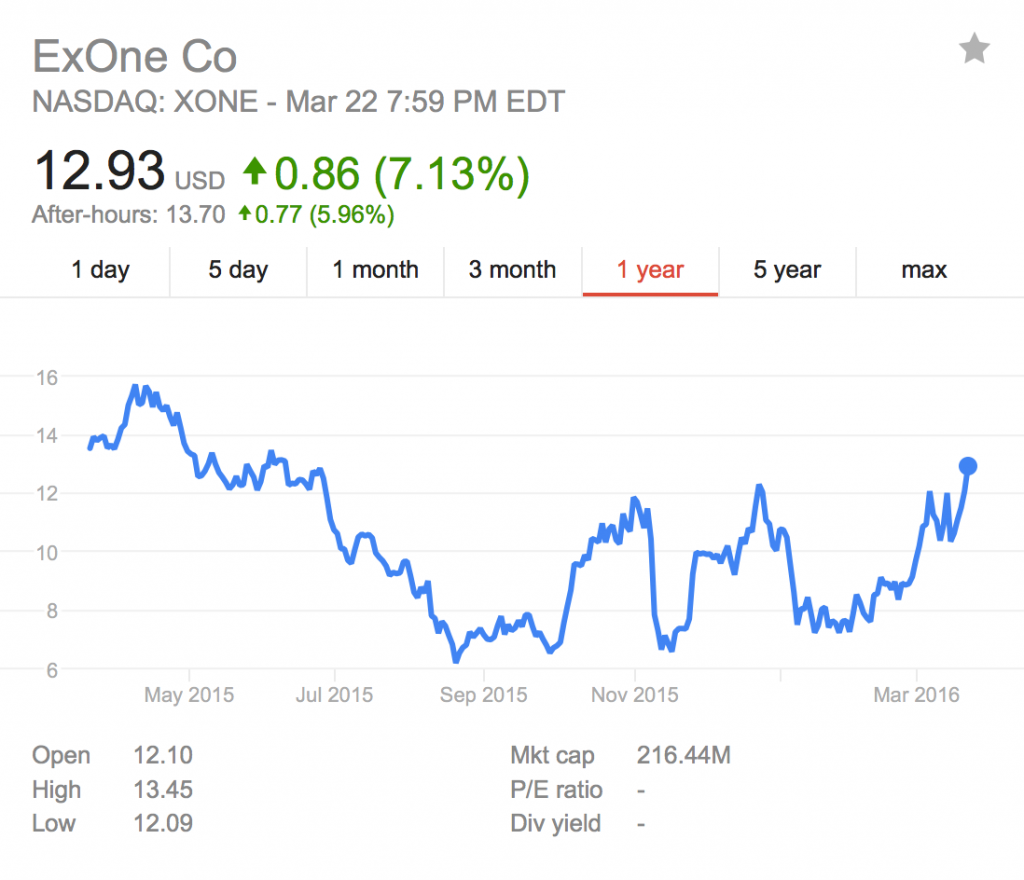 S. Kent Rockwell, Chairman and Chief Executive Officer, said of the financial results, “Our fourth quarter financial results demonstrate the potential inherent in our business model as we scale our revenue. We were pleased to recognize revenue on 12 machines in the fourth quarter, with 10 of those being our larger, indirect machines. This top line led us to a strong gross margin and positive adjusted EBITDA, demonstrating the financial results that are achievable with higher sales volume and favorable mix consisting of larger machines.”

He adds, “We continued to make progress with broader market acceptance of our technology. We are optimistic that more and more of our customers are evaluating opportunities to use our machines in production – the four Exerial machines that we shipped in 2015 are being integrated into customer facilities. Additionally, we are working with several of the world’s leading automotive manufacturers on evaluation of our Exerial for their series production operations. On the direct printing side of our business, we are making good progress in the development of ceramics, carbon and monolithic metals. We look forward to further development of applications unique to our binder jetting technology.”

Rockwell has invested a significant amount of his own funds into the company, suggesting his own intrinsic motivation for the company to succeed. As the main shareholder in ExOne, Rockwell has invested nearly $15 million to repay a credit line.  An adjusted EBITDA greater than zero, a stable cash situation, and a backlog at record high, suggests a company in recovery and returning to health. By beating analyst expectations, ExOne stock jumped 7.13% to $12.93 per share, driving the stock close to its 52-week high. This would be an impressive rebound from the company’s lowest point, $6.53 in August of last year.