Well, what do we have here? The day after Christmas, Apple took all of the money it got from grandma and used it to file 28 patents at the US Patent & Trademark Office.  And, buried in its patent dump was an application for an “Inkjet printer for printing on a three-dimensional object”.

In the past, at 3DPI, we’ve covered the pursuit of printing onto curved surfaces. Often there will be an independent robot arm that writes along the contours of an object.  What sets this patent apart is that the object itself is being manipulated, rotated and tilted, so that the printhead can inscribe a conductive ink onto its surfaces. See a fragment from the patent filing below: 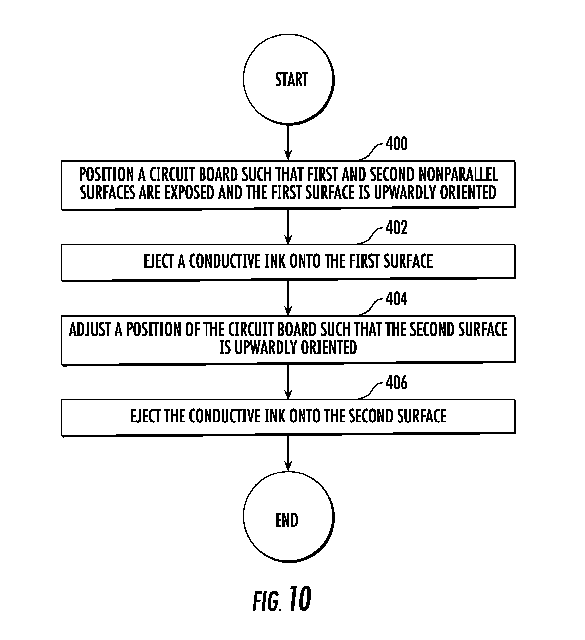 The patent application doesn’t seem to indicate that the company is venturing too far into 3D printing territory. Instead, it may reflect Apple’s intent on producing curved smart devices, for which the ability to print conductive ink onto a three-dimensional object may be necessary.

Still, the progress of this process hints at the small steps being made towards all-inclusive 3D printing in which objects, during the printing process, could be infused with conductive material. If the printhead outlined in the patent is modified slightly to use an FFF extruder, there’s the possibility for a richer and more flexible 3D printing process to take place.