At the 2013 Seoul Auto Show in South Korea, Lexus introduced four novel interactive demonstration tables that utilized several 3D printed model cars to give show attendees a better understanding of the style and quality of their automobiles.

The project was designed and created for Lexus by designfever, a South Korean design firm that specializes in producing unique and clever concepts.  The projects’ interactive director, HyungJu Shin, explained that each demonstration table consisted of several iPads, each of which had five different model Lexus cars that could be used with the iPad.  When one of the models was selected and placed on the iPad, the iPad reacted by showing interactive content that the viewer could manipulate and play with by moving the model car around on the screen.  Each model was equipped with five “touch point” pads so that the iPad app recognized which model was being used and could display the correct content for that particular model.

Bruce IBerg, of designfever’s brand strategy division, said that “the project was successful in that it really resonated with users of all ages – and the 3D printer was a large part of the process.  Younger children got to have the experience of ‘driving a car’ on the Tablet, while older generations could maneuver the model cars to understand more information about the vehicles on display.”  He noted that the tables were so popular that “it seemed as if more people were interested in interacting with the table than with the actual life-size models on display.” 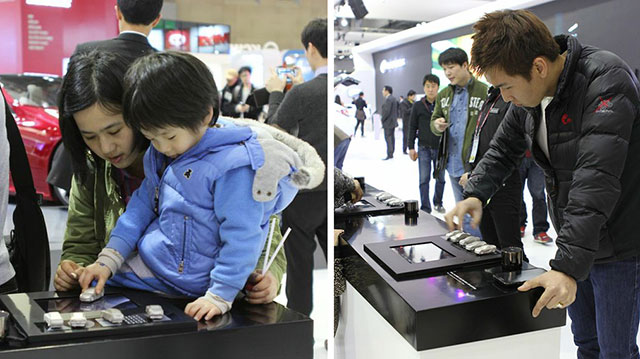 But this story is not just about how a design company used a 3D printer to complete a great project, but rather how it discovered 3D printing so that it could complete its project.  When the design team started the project, they originally planned on having the model cars machined from aluminum, but they only had two weeks to complete the project and get it installed in time for the show.  With their tight schedule, and need to constantly modify and adjust different aspects of the models and the project, the traditional route just wasn’t going to work.  So they turned to 3D printing. They found the speed, detail and flexibility of working with a 3D printer very advantageous and it allowed them to complete everything on time. 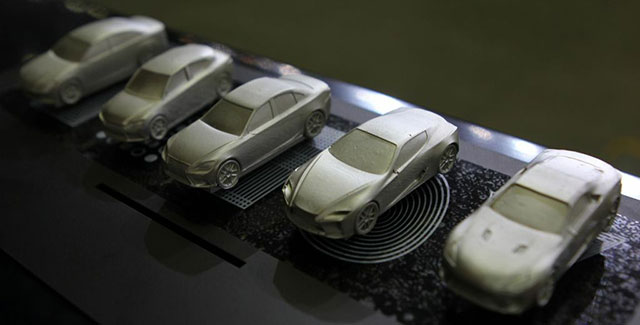 Mr. IBerg noted, “We hope to see more mainstream applications of 3D printing, especially in Korea, so that we may utilize the technology more in our interactive projects.”  And if designfever’s experience shows us anything, it shows us that the use of 3D printing technology is quickly filtering from the very specialized engineering firms out into areas of wider application where such technology has traditionally been too expensive or technical for everyday use.

The video below shows the project in action at the 2013 Seoul Auto Show.