Garment Printing, a UK based company that is, unsurprisingly, focused on promotional printing on clothes, has quite ambitious plans for their future, which will involve the 3rd dimension in printing besides the traditional colorful modifcation of shirts galore in their portfolio. This mission is not simply about creating plasticy logos that physically stick out from the blank foundations of promotional t-shirts, created by garment factories and deocrated with Replicators, but actually 3D printing the entire shirts from scratch, customized to the client’s/customer’s needs.

Sound far fetched? Well, at the moment it is, but the company has a strong belief that 3D printing will be the next thing in this sector as well:  “It seems that direct-to-garment printing technology is old hat now. Only a few years ago DTG t-shirt printing became the new printing technology, replacing traditional transfer printing techniques with lower costs and higher quality, but it is still developing day by day and the ability to personalise a t-shirt in seconds is a reality. But to be able to personalise custom clothes with 3D printing at this stage seems unreal. We need to make it real and this is our mission. ‘Technology is changing the t-shirt printing and fashion industry. Be part of this change; be ready.’” stated the company’s CEO Gavin Drake. 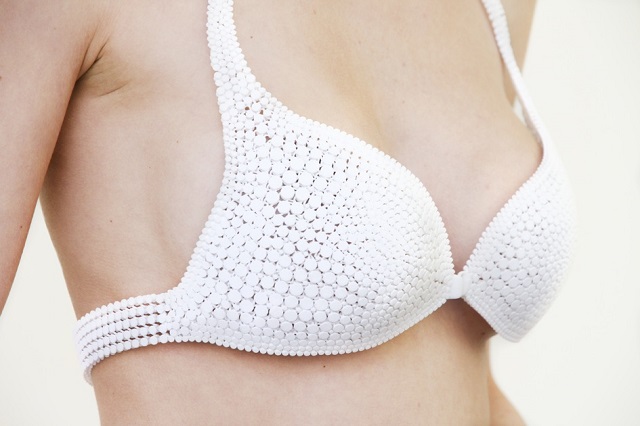 As an example closest to their own core business, Drake uses Continuum and their 3D printed bikinis – shown in the picture above – as an example of the potential as well as designer Joshua Harris’ vision of 3D clothing printers using recycled materials. However, taking the step from the SLS bikinis to actually making fully functional and personalized t-shirts, which could actually be worn away from the catwalks is still far away, but you can’t really blame Drake for his optimism and strong belief in the future!