The botObjects Conundrum Continues – Pics, Prices and Pre-orders but Nothing Conclusive

botObjects has stuck to its word and, late yesterday (even in the EST time zone where the company is based), released further information on its ProDesk3D 3D printer, which is now ready for pre-order with a shipping date of October.

The new information includes slightly greater visibility on the specs, which are as follows:

More interestingly, they have also released three images of different products in different colours, which the company claims were printed on the ProDesk3D. All of the designs, quite rightly, are fully credited, and they do look nice. We are treated to a tri-colour twisted floral vase (designed by cmetzel); a multi-part tri-colour, bi-pedal robot from Project Biped – printed and assembled by botObject’s own Mike Duma, according to the credit; and, rather originally, a child’s recorder, designed by Joseph Larson, in 5 colours, as far as I can tell. The images are shot professionally, from a distance and they “look” authentic — but still, there is no actual evidence of a working machine — no mid-build images, no video, nothing that will curtail the speculation / skepticism once and for all. 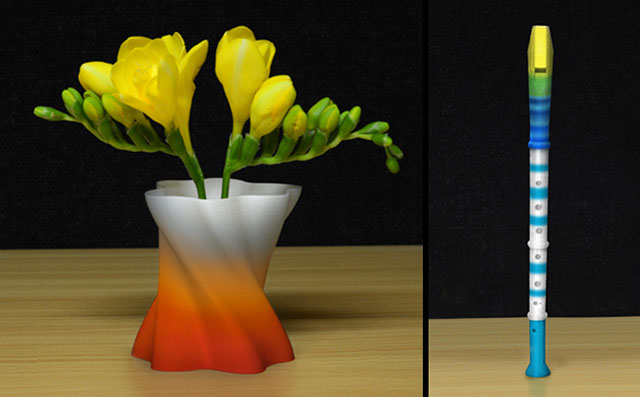 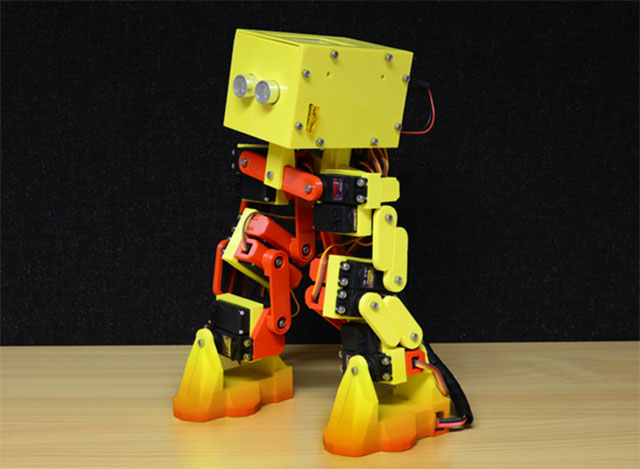 botObjects has also come through with the limited edition version of the ProDesk3D, which Martin Warner had suggested to me was a possibility when I spoke to them a couple of weeks back. It’s blue. Looks pretty (better than the orange IMHO), but yet again, nothing concrete — it’s all imagery. 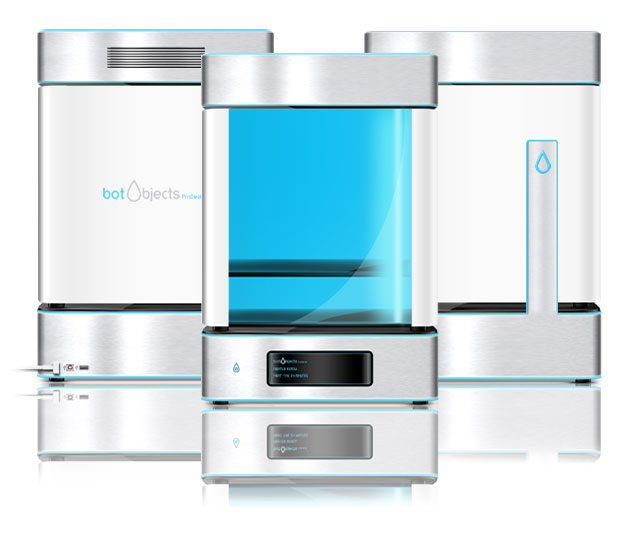 Similarly with the update on the software — some ‘screenshots’ are presented that look very cool, friendly and not intimidating at all. But once again — no walkthrough, nothing remotely concrete that suggests this goes anything past what it all looks like. 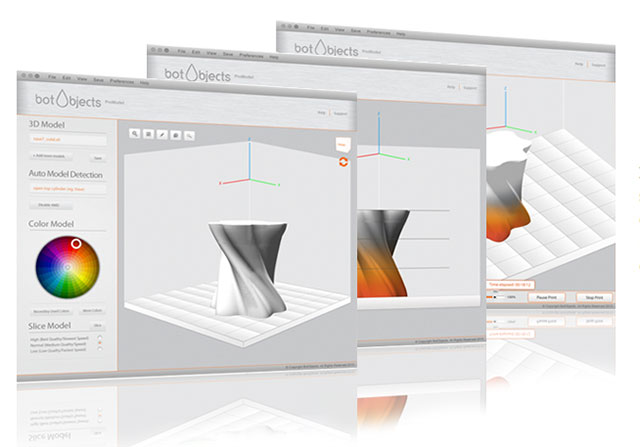 It does look as though they have garnered enough interest to proceed without crowd-funding — no sign of a Kickstarter campaign. The early order price for the standard orange ProDesk3D is $2,849 (plus shipping) and includes one starter 5 color cartridge set and 1 support material cartridge. The full price for the machine will be $3,249. The limited edition blue ProDesk3D comes at a premium: early order price is $3,349, with subsequent RRP being $3,749, however this does include three starter 5 color cartridge sets and 3 support material cartridges.

Would you pre-order one of these on the information provided so far? Or do you need to see a working machine in action before taking the plunge?