A major new Kickstarter will go live in early May that promises to deliver high-quality 3D printing filament from recycled drinks bottles salvaged from landfill sites.

Reflow claims to have perfected the process of turning old water bottles that urban waste pickers have collected in some of the world’s poorest countries into 3D printing filament that can be used for any application. 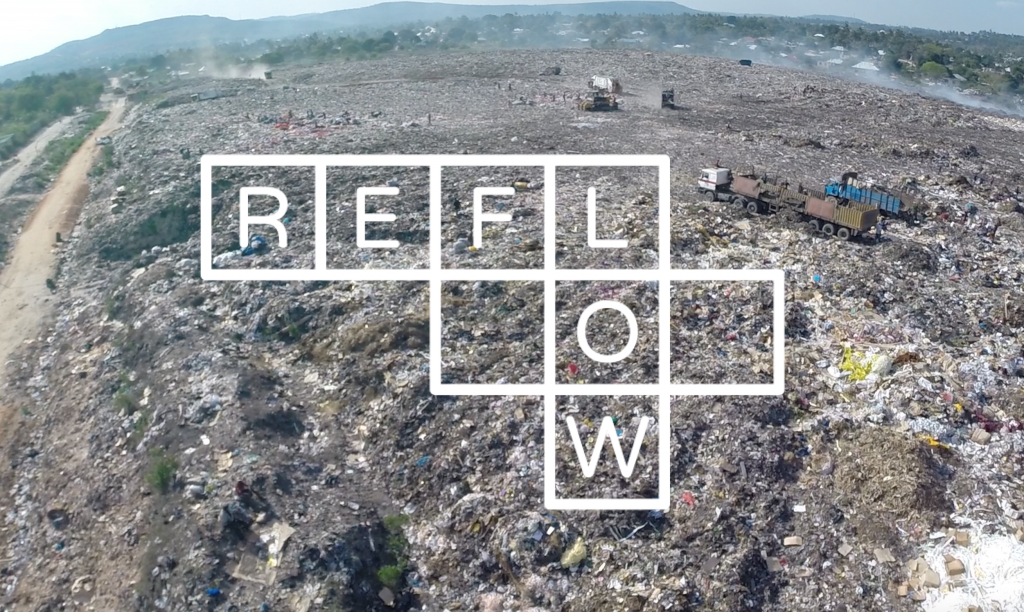 Entrepreneurs Jasper Middendorp, Lyndsey Lewis and co-founder Ronan Hayes want to help 40 million of the world’s lowest earners boost their income by as much as 20%. The company will also recycle vast amounts of PET plastics, which are starting to clog landfills around the world and are becoming a serious environmental issue.

So it is a commercial project with a really exciting social payoff. This technology could potentially change the world for the better, and we’re rooting for this one.

Urban waste pickers spend their days combing through landfill sites in developing nations and many earn less than $1.50 (£1.04) a day. Reflow hopes to give them a better life, while reducing the vast amounts of PET plastic waste. It’s a win-win.

Polyethylene Terephthalate, or Polyester, is used for drinks bottles and other packaging. In the UK, a country with clean water on tap, people drink more than 2.6 billion litres of bottled water every year. In countries where the tap water is undrinkable, the numbers are simply mindboggling.

The developed world is dealing with the growing problem of plastics filling landfill sites. But in deprived countries, there are bigger issues. Recycling simply isn’t a priority. So most of the bottles end up in waste sites that are getting bigger and less manageable by the month.

Globally we use 16 million tonnes of petroleum-based PET plastics every year, that is only going to increase and 3D printing itself will have an impact. 3D printing uses $310 million of PET plastic every year, according to industry analysts SmarTech Markets Publishing. That is set to increase to $1.4 billion in 2019.

We need to find a way to recycle it or we’re sitting on an environmental time bomb.

Reflow potential has a game-changing answer here. By collecting bottles from waste sites before cleaning and shredding them into flakes, they can be recycled into a high quality filament that can supply 3D printers around the world.

Middendorp says there is no compromise when it comes to quality and that Reflow is testing its product with universities and industrial partners right now.

The company already has manufacturing bases in Tanzania and Mexico, but aims to reinvest 25% of the profits and launch new facilities in a number of countries.

This should drive down the costs of this ethically-sourced 3D printing filament and reduce the carbon footprint of the final product. It will provide jobs for waste pickers and the local communities, too.

Middendorp also believes that 3D printing could become a powerful force in the developing world, as poor infrastructure, high transport costs and other issues mean that simple products aren’t available at a sensible price. The production facility in Tanzania is focussed on headphones, phone cases and microscopes to begin with. But he intends to branch out, fast.

“Within five years we aim to produce filament in ten additional countries where there is a growing 3D printing market and a significant waste picker population,” he told Threeding.com. “Within ten years we’ll have a global community that will be able to produce filament right at the consumer’s doorstep.”

3D printing is an environmentally friendly concept, because it disrupts the entire manufacturing process and cuts out shipping and mass production. That gives us a whole new level of just in time production, as almost anything can be printed on demand.

This has an impact on the whole supply chain and should dramatically reduce energy consumption, but actually producing the filament from recycled drinks bottles is potentially a giant leap for mankind.

Filament Extruders can already produce recycled 3D printing filament, but quality and cost issues have stopped them being adopted across the board. That’s why Reflow struck a deal with techfortrade to take an existing extruder and develop it to ensure the filament was clean.

Middendorp now feels the process is ready for the open market.

The Kickstarter campaign aims to sell the first 5,000 rolls of filament, as well as prove the basic concept to investors. It will be interesting to see how the world takes to ethically-sourced 3D printing filament produced from recycled plastic bottles. If the price is right, though, it has real potential.

It’s just a Kickstarter right now, but we’re all hoping this one turns out to be a winner.

Reflow Teaser from Reflow on Vimeo.