The annual World Economic Forum is under way in Davos, Switzerland, for the 55th year since its foundation. Here, the world’s foremost political and economic leaders sit down and discuss how to split up… well… how to improve on the use of the world’s resources, shaping global, regional, and industrial agendas. While controversy is ripe at these kinds of meetings (since it is quite clear they have not been working out too well over the past decades) there is always room for those who are truly working to change the world for the better. One of these individuals is visionary conceptual artist, material scientist, and MIT professor Neri Oxman. 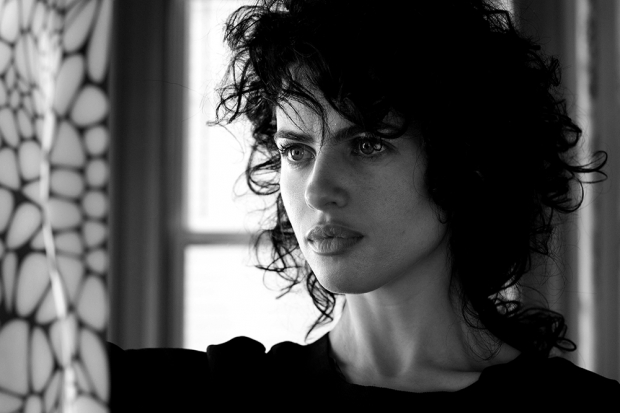 The essay Professor Oxman presented focused on an idea that has really been taking off recently. The idea of the World-as-Organism. This is based on the Gaia theory by James Lovelock, which has been gaining acceptance among scientists after being laughed at in the early days. Neri Oxman’s take on this is that additive, digital manufacturing enables us to actually grow objects and products in a way that is more in line with the way the World Organism functions.

Lovelock has a very pessimistic outlook on the future, saying that we are already beyond the point of no return. Based on what we see today, his theories can hardly be argued against. He posits that we should not try to fix the planet, but simply try to make the best of a bad situation.

According to Oxman, the shift from the World-as-Machine approach, inherited from the previous industrial revolutions, to the World-as-Organism approach, possible through new manufacturing technologies, may even go beyond making the best of the current situation and even counter some of the damage done.

Unlike all three previous industrial revolutions, which were indifferent to ecology— Oxman writes – this fresh perspective is not only bound to the natural environment, it betters nature at her own game. Inevitably, the World-as-Organism will supersede the World-as-Machine.

“At the close of the Digital Age,” she writes, “design remains constrained by the canon of manufacturing and mass production – she goes on. Assembly lines still dictate a world made of parts, limiting the imagination of designers and builders who are indoctrinated to think and make in terms of discrete elements with distinct functions. Even the assumption that parts are made from single materials goes unchallenged. The legacies of Joseph Marie Jacquard and Henry Ford persist: homogeneous materials are formed into predefined shapes at the service of predetermined functions.”

Through her work, Professor Oxman has been exploring how the Digital Age is enabling engineering and production at Mother Nature’s quantum scale, ushering in the Fourth Industrial Revolution: the Biological Age. She has done this through several projects which pushed the boundaries of manufacturing through multiple material 3D printing (in particular, through a collaboration with Stratasys).

This concept – summarised in the idea of Material Ecology – promotes the conceptualization of holistic products, characterized by property gradients and multi-functionality, and proposes a shift from consuming nature as a geological resource to editing it as a biological one.

Although this may seem like a foreign and mysterious concept it is a lot simpler than it sounds.  The products of tomorrow are going to be built in a way that makes us blend in with nature and live symbiotically with the World Organism, instead of parasitically. The only issue remaining is to push the 7+ billion people that inhabit the Earth to make that shift. I’d suggest the 62 people that own half the world’s wealth should probably focus on that.