The ability to purchase 3D printed items online is without a doubt one of the corner stones for 3D printing technology. It combines the digital elements from design to the actual final product and eliminates many of the constraints from “old fashioned” ways of making objects, namely long production runs and the inability to produce locally to mention a few. MakerShop is a new entrant in this space with the intention of connecting the makers of this world and enabling them with a platform that hosts individual 3D shops for anyone wanting to sell their creations.

The idea itself is not new — you only need to read our news from yesterday to know that — and of course many of the more established online 3D printing service companies have this feature already in use, albeit with a slightly different business model. MakerShop is currently running its service as a Beta version and one of the distinct differentiators for their business is the lack of commission deducted from the sales that you generate via the site. The company’s intention is to introduce a paid subscription for some functionalities or mass listings later this year, but as of now, all of their services are free of charge for users and sellers. 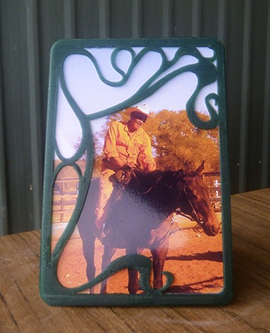 Essentially MakerShop is acting as an aggregator of makers who can feature their creations via their own individual shop front. All the transactions are made directly between the buyer and seller and the payments are credited directly to the sellers payment destination such as PayPal. For the individual designer or seller, the MakerShop service allows you to get visibility in a potentially widely used platform and enable you to communicate your latest creations via the blog site that is offered alongside your shop.

For the buyers who don’t have their own 3D printers the company has partnered with third party service providers, who can take care of the making of the item for purchasers. As mentioned, the site is still in Beta and we look forward to seeing the next development steps with MakerShop. Let us know your own thoughts where you think the online retail retail opportunities are heading within the 3D printing space — are there too many, can there be too many, who will last and who won’t?