MakerBot Wants a 3D Printer in Every American School

Inspired by President Obama’s call to bring manufacturing back to the US, the world’s leading personal 3D printer brand — Makerbot — is taking on the education sector.

When today’s students, many of whom already use 3D printing at university level, become tomorrow’s entrepreneurs, designers, engineers and manufacturers, 3D printers will be so much a part of their lives that they will not only demand them in the workplace but they won’t understand how the world went along without them (does this remind you of the Internet?).

That is why MakerBot is teaming up with US 3D printing association America Makes, DonorsChoose.org and Autodesk, to get a head start and bring a 3D printer to every school in America. Inspiration for the project comes directly from US President Barack Obama’s State of the Union Address, where he described 3D printing as having “the potential to revolutionize the way we make almost everything”, adding that his administration “must ensure the next industrial revolution in manufacturing will happen in America”. If you want to hear the original, watch the video here.

MakerBot Academy, as the project has been named, is part of a larger strategy that aims to get young students to familiarize themselves with 3D printing and additive manufacturing processes to help them become the next generation of successful engineers, designers, architects and artists. “The attention 3D printing is receiving lately is fabulous, as it is bringing students in early and making kids of all ages learn about the possibilities opened up by this type of manufacturing. This excitement is fantastic and it will be a great growth driver,” Tim Heller, VP Global Channel Development at Stratasys, told 3D Printing Industry at London’s 3DPrintshow last week. Stratasys merged with MakerBot in August to form a global leader in industrial and personal 3D printers.

The project is “crowd sourced”, meaning that individuals and corporations who are interested in contributing to getting MakerBot desktop 3D printers into schools can make a donation to DonorsChange.org. Teachers can then register to receive a bundle comprising of a MakerBot Replicator 2 desktop printer, three spools of MakerBot PLA filament and a full year of the MakerBot MakerCare Service and Protection Plan. 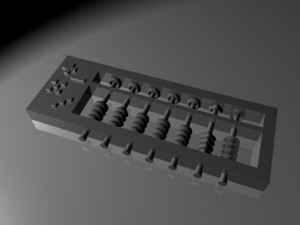 Thingiverse, MakerBot’s 3D design sharing portal, also set up a Math Manipulatives Challenge to stimulate development of 3D models that teachers can use to improve STEM (Science, Technology, Engineering and Mathematics) education, something that the Obama administration has been strongly advocating. The White House expressed a clear appreciation of the MakerBot initiative through the words of Tom Kalil, Deputy Director for Technology and Innovation, White House Office of Science and Technology Policy. “We are thrilled that MakerBot and America Makes are joining a growing coalition of citizens working to give American students the ability to design and make almost anything. As the President has said, we all need to think creatively about giving our young people the tools to be ‘the makers of things and not just the consumers of things’”.

Curriculum materials are also in the pipeline.