Keep in Tune by 3D Printing a Digital Chord Chart

Instructables user Mushfiq Mahmud uploaded a cool new project that should make any music lover happy. The chord chart is made from 3D printed parts modeled on an actual guitar, lights wired together with a simple LED matrix, and some basic Arduino code to run the whole thing. 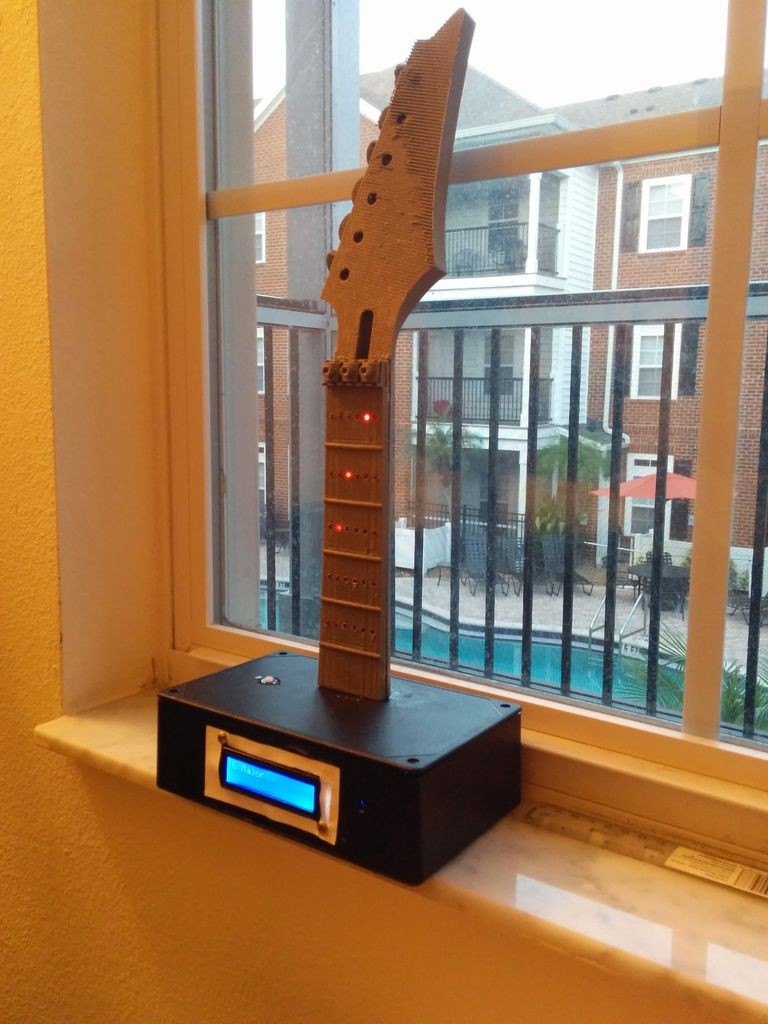 As a student of the Makecourse at the University of South Florida, Mahmud was encouraged to conceive, plan, and complete his own design project. Thinking that it would be fun to have a chord chart indicate where a player’s fingers should go on an actual model of a guitar, he found his inspiration and got to work. He started with a CAD model of a guitar neck that he found on Grabcad and used Autodesk Inventor to customize it into the 3D model of his chord chart.

The model is printed in three parts and Mahmud used epoxy glue to assemble them,super glue filling in any gaps left by the 3D printing process. Once he had his guitar model built, he wired together the LED lights and soldered them in place. Finally, he wrote up the Arduino code and started his Digital Chord Chart up. 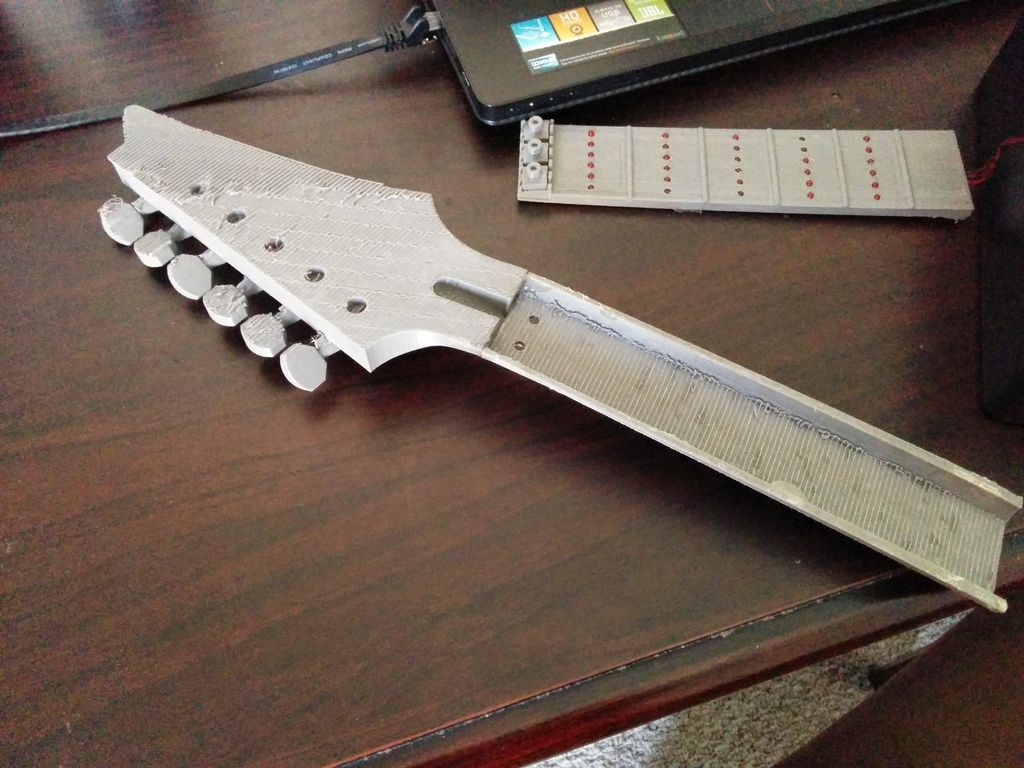 Mahmud admits that his chord chart isn’t perfect.It may not be the prettiest 3D printing Instructable I’ve ever seen, but it looks like a fun build perfect for a diverse set of Maker skill levels. You can find the entire Instructable here, and you can check out Mahmud’s Instructable profile here.