Israel has joined the ranks of countries looking to utilise 3D printing as a core part of its competitive strategy for the future – with Reut Institute’s 3D XLN (Cross-Labs Network) workspace. Following in the footsteps of other pioneering countries, the Reut Institute in Israel is planning to keep and maintain an open-source ethos based on the original RepRap philosophy of self-replicating machines. According to Reut Institute’s director, Gidi Grinstein, It’s about more than 3D printing — it’s about creating a network of open-source spaces where anyone can go and create things, as well as learn the skills to thrive in the new era.”

”The next big revolution is going to be in 3D”, Gidi Grinstein, Director of Reut Institute

Located in downtown Tel Aviv, the aforementioned skills are already on the curriculum of high school students. However, what makes this piece of news even more exciting, than being part of the continuing tidal waves of directing younger generations to the world of 3D printing are the accomplishments achieved so far: ”We built one printer using instructions on the Internet, and we’ve used that printer to create the components for other printers. It takes about a week to print a new printer, and each one costs about $600 to $700”, explains one of the labs managers Matan Harel. This of course means that, besides increasing self-sufficiency, the project is intended to spread further throughout the country. And to validate the overall importance of 3D printing’s future for whole of Israel, Reut director Grinstein states that ”An important factor in Israel’s success has been access to and availability of technology that individuals could learn and excel in. And the next big revolution is going to be in 3D [printing]”. 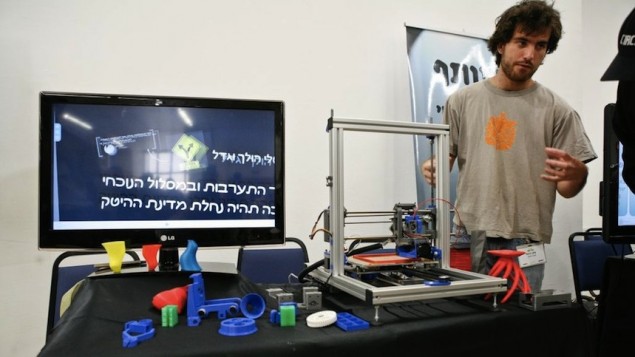 This revolution from Grinstein’s perspective means more 3D printing labs. The overall cohesive strategical approach backed by the Reut Institute is a strong incentive to keep following the progress it makes. It will also be very interesting to see if a (regionally) specific technical development or some other factor will bring about a surge of differentiative energy to a key player, whether it be a country or a company, pushing the envelope even further imagination-wise. And most importantly – will those unique discoveries and innovations be something that still follow the open ideology and are shared globally – for all of us to enjoy and develop even further? We at least are keeping our fingers crossed and root for that option!