Dymax tests oligomers for the 3D filaments of the future

A range of new oligomers could help drive the 3D printing industry forward, bringing a whole range of improvements to the next generation of 3D printing ink. 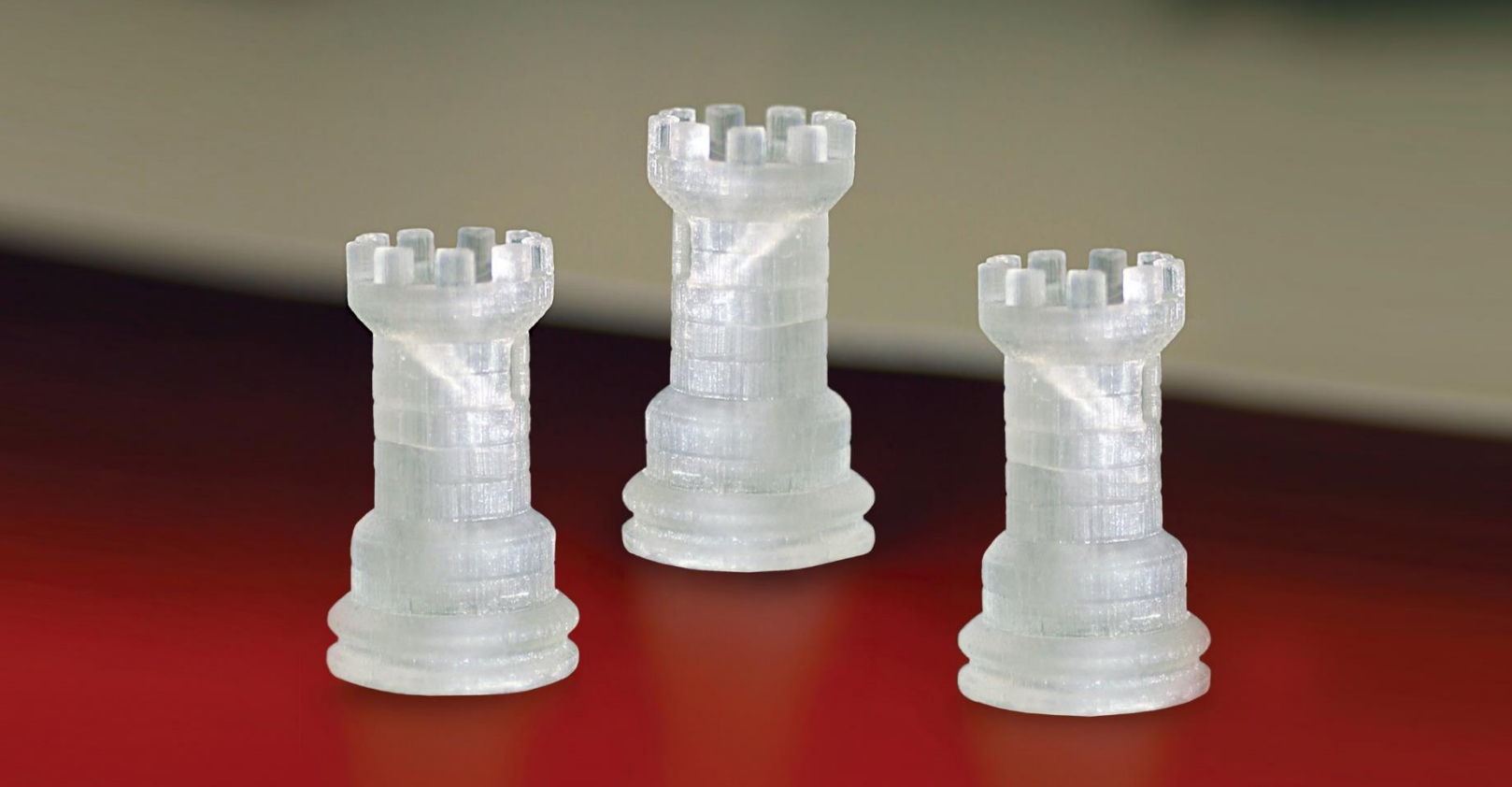 Oligomers are relatively simple molecular complexes made up of repeating monomer units. Polymers are much more complex. In science, though, nothing is simple and the likes of Collagen are actually considered hetero-oligomers, so what looks like a simple marriage of proteins and nucleic acids is a branch of science all of its own.

How does this affect 3D printing?

Oligomers are found in every 3D printing ribbon and can have a significant impact on Oxygen inhibition, the thermal expansion coefficient, heat distortion temperatures, shrinkage and colour stability. A fast curing polymer, which is not prone to Oxygen inhibition is the ultimate goal for some applications, but not all of them. Others bring hardness, flexibility or other qualities to the recipe of the printing filament and the finished product itself.

The holy grail of 3D printing is, of course, to replace traditional manufacturing processes, but we’re not there yet. The speed of the printing devices and the final quality of the materials isn’t quite a match for traditional processes.

It’s important to note, though, that we have a vast array of different plastics and production techniques, while 3D printing is in its infancy and needs to develop fully to come up with its owns solutions.  A lot of the current technology, especially when it comes to the composition of the materials, is an adaptation of traditional plastics.

Heat is a friend and an enemy in 3D printing

Heat distortion is a very real problem in the production process as thermoset plastics often achieve a more uniform finish than current 3D printed alternatives. Changing the construction of the oligomers could fix the issue, but it is important not to lose other qualities while chasing perfection in the construction process.

Now Dymax, and others, are starting to see how 3D printing materials need to change to make the most of the production process, rather than compensate for it. In the latest study it analysed a number of oligomers with gel permeation chromatography, viscosity comparisons and how they produce a 3D model. Each oligomer was combined with Methacrylate monomer, Benzoylformic acid methyl ester, Benzophone and TPO to create a filament.

We all need structure

Essentially it focussed on changing the structure of the Polyurethane Acrylates, using simple in-line structures and more advanced multi-branch systems.

Inevitably, as with all materials, there is a compromise to make and there isn’t one magic recipe, yet. Like metal alloys, each structure has its own strengths and weakness. That means we could be heading to an era of specialist filaments, with unique jobs.

Is it time to get focussed?

We will leave the world of catch-all filaments behind and get focussed materials. This is already the case in the commercial world, but the home user could soon find themselves with a sewing box full of different filaments for each specific job.

This study is the first step down an exciting new road of material science, which could well become an integral part of the 3D printing world in the years ahead. We’re just waiting to see what happens next.