XYZprinting, makers of the low-cost da Vinci series of desktop 3D printers, has just announced an important upgrade to their flagship da Vinci 1.0 3D printer. The new da Vinci 1.1 Plus adds wi-fi and remote control capabilities to the 3D printer, freeing the device from a connected computer and allowing users to print via the XYZapp. 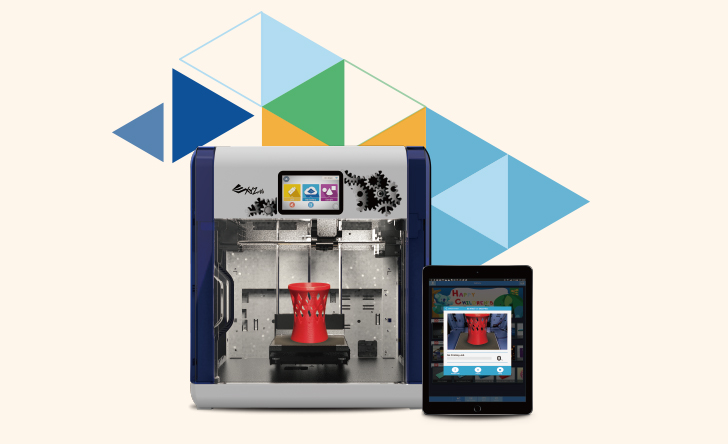 The da Vinci 1.1 Plus brings the machine up to par with MakerBot’s own line of desktop 3D printers, in terms of wireless control. Not only can the printer be managed through iPad and Android tablets, but the da Vinci 1.1 features a built-in camera, in order to provide regular picture updates as to the status of a 3D print job. The printer’s USB port and 5″, full-color Android LCD touch panel make the printer a completely stand-alone device. XYZ suggests that, in addition to the ability to access the company’s library of 3D models, the app will encourage users to share print job status photos online view social media.