Unmanned Aerial Vehicles have been stirring the public political conversation for some time now, however most people are unaware of the vast applications these unmanned systems are being used for. Two leading companies in their fields FLYING-CAM and CRP Group have teamed up to develop their latest, and perhaps the most sophisticated, project called SARAH, or to be precise, Special Aerial Response Automatic Helicopter.

FLYING-CAM is a pioneering company that develops rotary wing Light Unmanned Aerial Systems, mainly for the motion picture industry, and the company has received an Academy Award for technical achievement in the Academy of Motion Pictures Arts and Science category. FLYING-CAM has established its reputation as a leader in close range aerial filming and their technology has been used in several blockbuster feature films, including Harry Potter, James Bond and Mission Impossible among others. 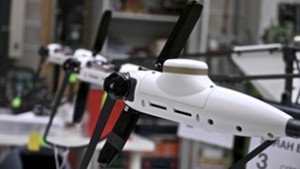 The Modena-based CRP Goup’s expertise lies in the company’s long-standing background in additive manufacturing and 3D printing services for the motorsport and aviation industries amongst others. CRP Group is also known for its production and distribution of the specialist composite material for 3D printing, called Windform, which is being used for multiple applications across several industries. The company’s laser sintered parts and components have been widely used  by racing teams in wind tunnel testing as well as on track.

The strong pedigree in their respective areas has helped the two companies to develop SARAH through to production stage with an impressive specification.  The Flying-Cam 3.0 SARAH is an electric Vertical Take Off and Landing (VTOL) system offering approximately 30 minutes flight time with a 5 kg payload. The SARAH system features precision aerial 3D imagery intelligence — to the centimetre — and modular interchangeable payloads. 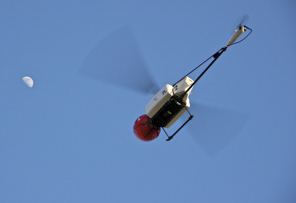 The SARAH system also features a FLYING-CAM proprietary Automatic Pilot System, and, according to their own sources, the best image quality for both daylight and night time imaging. CRP Group equipped the machine with parts that were 3D printed from their Windform material such as the airframe structure, air guide cooling system, the tail unit and the main battery connection.

The SARAH system was designed for easy deployment with several maintenance-free parts, making it a versatile option for many industries.  Its applications include emergency management, surveillance, defence, ENG & EFP Broadcast TV and Motion Picture Production.

The Spanish Aerospace Research Centre FADA-CATEC has already received the delivery of  their first SARAH systems. They are used for air traffic management and general aviation research, technology and development projects in partnership with Boeing, EADS and Airbus Military.