With a clock counting down the time until their Kickstarter launches (currently set at 19 hours to go), Print2Taste has already launched the site for their Bocusini food 3D printer.  We covered the Bocusini just a couple of weeks ago, foreshadowing the impending crowdfunding campaign, and, now that the food printer’s site is live, 3DPI has been given access to the Kickstarter ahead of time (though some details may change) so that we can provide you with all of the details of what looks to be a pretty delicious food printer (and more). 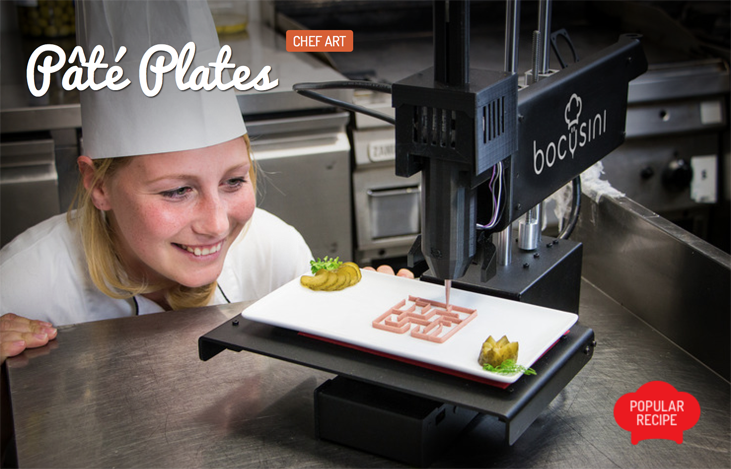 With a humble Kickstarter, looking for just €30,000 in funding, the Bocusini team will be launching their open source food printing system, along with their food capsules, and a food printing retrofitting kit, meant for use with existing open source printer platforms, like Printrbot and Ultimaker 3D printers.  The Bocusini itself is a modified Printrbot Metal Simple that takes advantage of the Bocusini heated 3D food printing head, as well as wi-fi control and a user interface.  The Bocusini will be sold in Junior and Pro versions, with the Junior having a 100 x 100 x 130 mm print volume and the Pro a 150 x 150 x 150 print volume.

When the Kickstarter hits, not only will you be able to buy the Bocusini Junior at early bird prices starting at the 40% discount of €549, but you will also be able to buy a retrofit kit, consisting of a “heated Bocusini printer head, wi-fi control, a user interface, two Bocusini capsules, and five sustainable Bocusini food refill kits of your choice.”  That way, you can take your own RepRap and outfit it with the ability to print food, relying on Doodle3D’s 3D printing software.  So far, the Bocusini team has successfully retrofitted a Printrbot Simple and Metal and an Ultimaker 2. 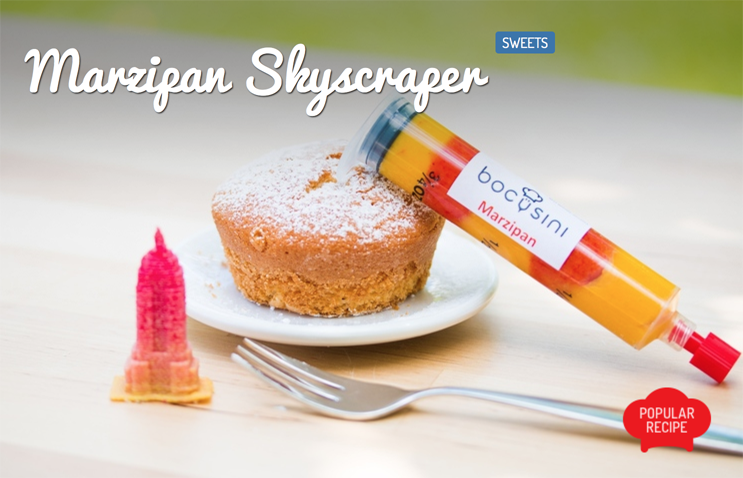 In addition to their pre-packaged capsules, the team has already launched their Bocusini marketplace and forum, where the community will be able to share their own recipes.  Like a savory blend of Thingiverse and Epicurious, the Bocusini site allows users to view recipes and download models for various food pastes.  For instance, a recipe for Potato Puree describes how to create potato paste, while allowing users to download the octopus .stl that the chef used to embody the ingredients. 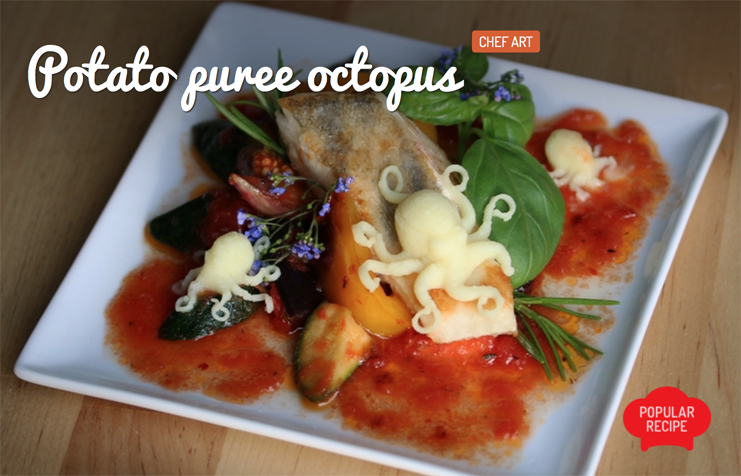 While the exact nature of their experience is currently under wraps, for various reasons, the team behind the Bocusini describes themselves as sharing “more than 20 years experience in the nutritional and sensorial characteristics as well as the relevant technical properties of food and food ingredients. The team members have already successfully developed and commercialized several food product innovations and are considered leading experts in the area of 3D food printing. Meanwhile strengthened by several specialists in hardware and software as well as in electronics, they successfully developed the Bocusini 3D food printing system within the last 6 months.”

I can’t divulge the specifics of the team’s background, but I do believe that have the credentials to back up their project.  Though they describe the Bocusini as the “world’s first plug & play 3D food printing system”, we’ll have to wait and see just how plug and play it really is, given the finicky nature of many desktop 3D printers! We haven’t heard from Natrual Machines about their Foodini in awhile and are awaiting the release of 3D printers from XYZprinting, so the Bocusini is may just get to customers first.  And, with such a wide variety of food materials, they’re definitely an exciting addition to the food printing line-up. 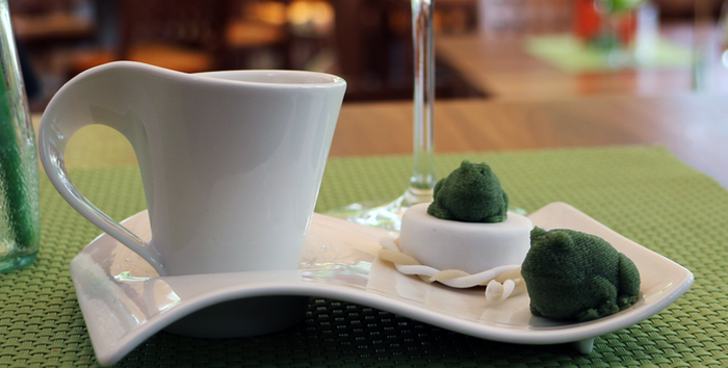 Hod Lipson, one of the inventors of food 3D printing, suggests that we’re still in the early stages of food printing technology and that the days of meals perfectly tailored to diners – nutrients, taste, shapes, and all – are still a long way off.  Buconsini, however, may be among the first pioneers in the dawn of a food printing revolution just beginning to take shape.

Update 5/12/15: The Bocusini is now live on Kickstarter! Very little has changed since yesterday’s post, in terms of what is described in the campaign, as well as the rewards themselves, but the campaign is already on a roll with $7k at the time of this writing.  There are plenty of early bird packages left and you can watch Bocusini’s fun KS campaign video.  So, if you’re interested in contributing or learning more, head over to their Kickstarter page here.

Correction 5/13/15: This article previously described the 3D printing software as Bocusini’s own, but it is actually software from Doodle3D.