The field of food 3D printing is only just beginning, but, with its potential to create personally-tailored dishes for eaters, both in terms of nutrients and taste, could yield a completely different way of eating in the future.  Though the details are still sketchy, a new German company has emerged onto the food printing scene with a system for 3D printing a wide variety of foods. 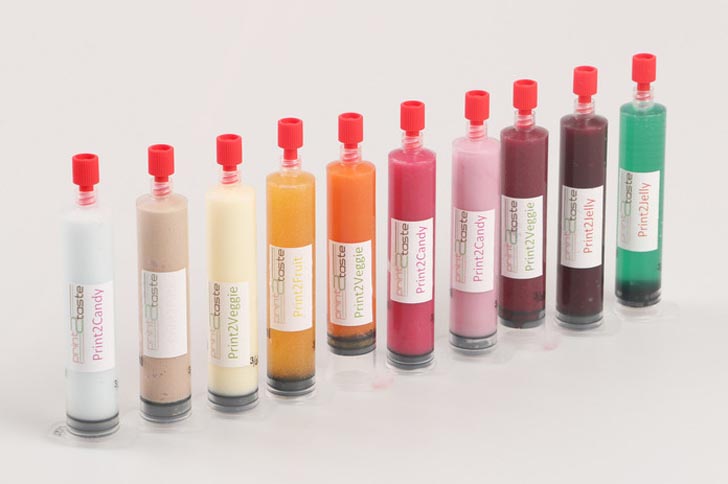 Print2Taste claims to be made up of experienced food scientists, with 20 years of researching “the physiological and sensory characteristics as well as the relevant technical properties of food and food ingredients” and saying that they have worked with “several leading academic and industrial food research and food technology institutions.” Print2Taste has also listed Biozoon, the Germany company behind a large, EU-backed initiative to print food for the elderly. And, adding “our team members have held key responsibilities in several significant EU-projects and are considered leading experts in the area of 3D food printing,”  I wouldn’t be surprised if the members mentioned came from Biozoon themselves. 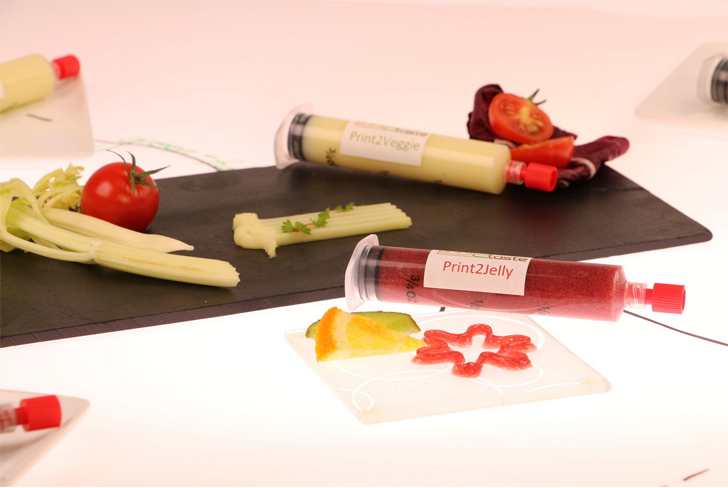 Print2Taste plans to take the Bocusini products to Kickstarter, so, hopefully, soon, we’ll learn a bit more about what they’ve got in store. With experience at a company that has been making food gunk for some time, Print2Taste might become a leading firm in the upcoming food printing renaissance.  I’ve decided to use the word “renaissance” instead of “revolution” in describing these things from now on, so as to expose the hyperbole inherent in describing in that way.