Imagine a world 10, 20, 30 years from now, where 3D printers aren’t just producing single plastic components, but are fabricating complete electronic devices.  In fact, they’re not even called 3D printers at that point.  By then, these are self-evolving machines, capable of repairing your home, themselves, and then preparing your next meal, perfectly tailored to your dietary necessities and your palette.  If that world comes to fruition, it will because of the work of Hod Lipson.

While Adrian Bowyer was at work founding the RepRap project in the UK, another 3D printing pioneer was in New York, working on a vast range of research including food printing, bioprinting, and electronics printing.  And, with the open source [email protected] project, this research resulted in fully-fledged industries.  Breaking ground in the aforementioned categories of 3D printing, he and his research teams are responsible for the existing food printing platforms, like the Foodini and CocoJet, as well as the bioprinting systems, like the NovoGen 3D printer from Organovo. 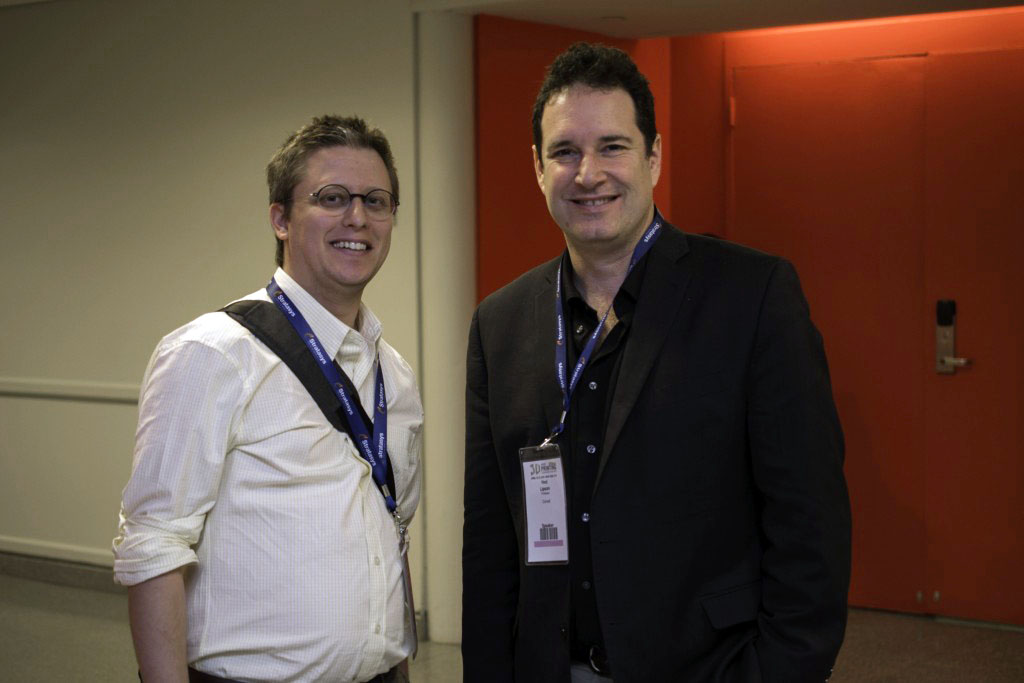 At 3D Print Week in New York, I had a chance to catch up with Hod Lipson to learn what his cutting edge Cornell and Columbia University labs have been up to.  Pointing out that a lot of his work is now being explored by others, he explained that his labs are looking towards the future of the technology, “We try to stay ahead of the curve. We started open source, desktop 3D printing before anybody else did that. Everyone was thinking about proprietary closed systems. We were the first to do multi-material printing. And, now, a lot of people are doing that, and so forth. We were the first do bioprinting and, now, that’s sort of reaching the point where it’s become commercial.  And we’ll probably get to see that take off in the next couple of years.  So, I’m trying to think about what are the next phases. Not so much what is happening in the next year or next two years, which is what the big industrial companies can work on, but trying to think about what is going to be happening in five, ten, twenty, thirty years in this industry.” 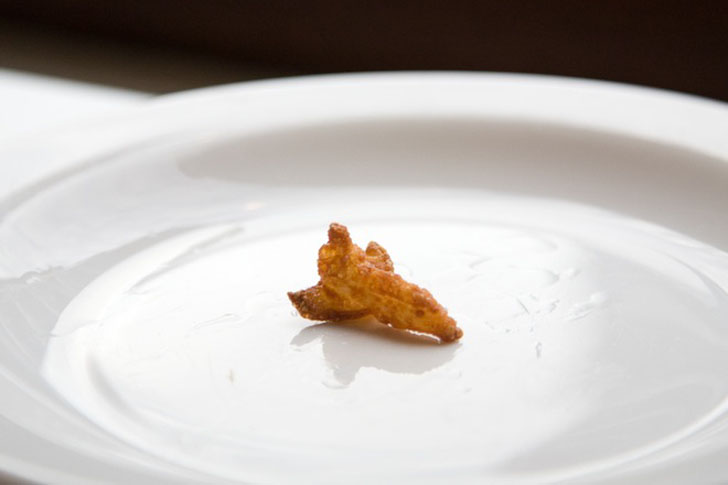 What is happening in the next five, ten, twenty, or thirty years? “And so, thinking in that perspective, what we’re working on now is food printing,” Hod continues. The robotics engineer sees food printing as being at a very nascent stage, but with huge potential.  He reflects,  “Food printing now is where conventional 3D printing was about twenty years ago. So, it’s one of these technologies that is interesting, but people don’t quite see where the business model is, who’s going to want this, and how it competes with conventional technologies.  So, that’s taking off and we’re spending time there.”

As anyone with a mouth and gut knows, the role that food has in the world is huge.  Hod, then, sees this as an area where food printing has the potential for a profound impact.  Referencing the keynote just given by industry leading analyst, Terry Wohlers, Hod says “We just heard from Terry Wohlers about the size of the [3D printing] industry. Even that size of the industry is just a drop of a drop compared to food. So, if this technology can worm its way into – from printing in plastic and metal to printing in food and bio – these are industries that are orders of magnitude larger than what we have today. So, I think that’s sort of the next step, waiting for that to happen.”

“Back in the mid-2000’s, we printed with things like chocolate and cookie dough, frosting, peanut butter, and those sorts of basic materials. Initially, it was sort of a frivolous activity, but, very quickly, we realized that there’s also interesting possibilities there for cooking and embedding nutrients for nutrient control in food. So, right now, a lot of people are catching up with that,” he explains, referencing the products from companies like 3D Systems, Natural Machines, and XYZprinting, “The question is where the industry will go and I think there’s a lot of interesting potential to do things like work on food CAD and the software side of food, to expand the range of food materials from sort of confectioneries and pastries to ‘real food’, healthy food, proteins, and integrate them with biometrics. So, you don’t print things passively, but you print them customized to individuals.  And these are all things that we’re working on.”

While food printing may have a huge impact by “worming its way” into such an essential part of human life, the field of electronics printing would bring 3D printing technology to the next level.  And Hod is hard at work on this technology, as well, “The other area that we’re spending time on is in electronics printing, active systems, and, in particular, voxels. So, this idea of embedding electronics and prefabricated components into conventional 3D printing in order to bring 3D printing from printing parts, as it’s used today, to printing complete, integrated systems. And I think that’s the next big step.”

To me, the first commercial company to come to mind that is working on such technology was Voxel8.  Hod, however, pointed out that they are still working within the current paradigm of 3D printing, by thinking in terms of raw materials. He says, “So, Voxel8, for example, is working on conductors and that’s a big piece of the puzzle, but when you think about what really makes electronics for integrated systems, it’s not just wiring.  It is transistors, capacitors, analog circuits, microprocessors, sensors, actuators, the whole thing.”

Hod is thinking past conductive inks, something that he and his labs have worked on for some time (as seen in the video below), and, instead, towards complete assemblers of integrated systems.  “And I think that, in order to reach that level and print three-dimensional, integrated systems, you have to move away, I think, from 3D printing in raw materials to printing with components. Think about the components themselves as inks. Think about, instead of paste coming out of the nozzle, small transistors coming out of the nozzle. I think that that’s where the industry will end up in a decade or two. We call these things assemblers, instead of 3D printers.  And that’s what we’re working on right now.”

One start-up working on such a system is Buzz Technology, but their concept did not garner enough interest and credibility to fund a Kickstarter campaign.  Hod’s lab, though, has nearly completed a prototype with an unimaginable output. He says, “We’re building a machine that, hopefully, will be able to assemble thousands of components a minute in order to build these three-dimensional, integrated systems. We already have a prototype and it will probably be published pretty soon. It assembles up to 10,000 units and we’ll see how far we can take that. But I don’t think that’s the next generation.” This last statement seems to reflect something at work inside the inventor’s head.  The technology he and his labs are working on doesn’t even represent the next generation of 3D printers.  It’s much father down the line.

See, this is only the tip of the iceberg for the inventor’s work.  More than just food printing or electronics printing, Hod is striving towards a method for creating intelligent, self-replicating, evolving soft robots.  In fact, the research is so involved, and explores such a concept from every angle, that some of Hod’s work tackles language itself. Needless to say, much of this data is locked behind academic paywalls and, even if it weren’t, would be much too extensive to explore in a seven-minute interview and a recounting of that interview. Luckily, a lot of the work being performed by Hod’s Creative Machines Lab, at Cornell, are online for you to explore.

So, while Hod is attending events like Inside 3D Printing or giving TED talks like the one embedded below, he and his students and colleagues are at work paving the future of, not just 3D printing, but robotics and technology as a whole.  Thinking 10, 20, and 30 years into the future, the professor, engineer, and inventor isn’t only one step ahead of 3D printing, working on the third industrial revolution, but he’s one step ahead of that and, whether we’re aware of it or not, the tech that we’re using thirty years down the road may have a long, winding path back to Hod Lipson’s labs.