The Smithsonian Institution, is the world’s largest museum and research complex, with 19 museums and nine research centres together with more than 140 affiliate museums around the world. 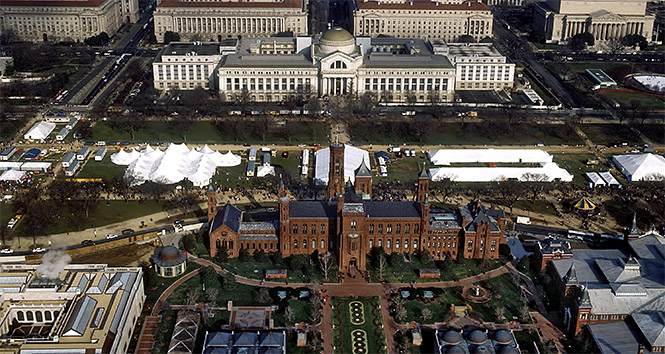 For more than 160 years, this institution has used contemporary technology to examine and learn from the past. We reported last year on the Smithsonian’s partnership with 3D Systems who provide 3D printing services and technology to support its work.

One fascinating project that has emerged is the work of Nick Pyenson who, as an experienced paleobiologist is also Curator of Fossil Marine Mammals at the Smithsonian’s National Museum of Natural History. Nick’s work often takes him around the world and back in 2010 he was working on a research project in Chile, South America. As the project was coming to a close he heard that workers on a construction site in the Atacama Desert working along the Panama Highway had uncovered dozens of whale skeletons — what’s a paleobiologist specializing in marine life to do when he’s in the right place at the right time.

Nick headed over to the site unsure of what he was going to find but certain it was an opportunity not to be missed. When he got there he was taken a back by the scale of the find — there were scores of them. Nick worked in collaboration with other local and global museums to excavate the fossils, in a race against time before construction recommenced and decimated the find. 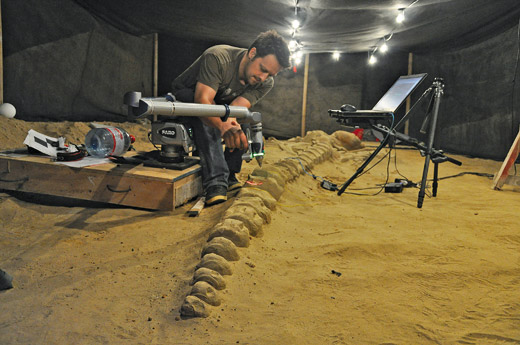 Removal of the marine skeletons was a priority, however, it was also important to understand the skeletons in-situ in terms of individual proportions and their relevance to each other for further research — to answer the most pressing question: why? Specifically, Nick wanted to know: “Why were all these fossilized marine mammals in one place, and why in such incredible density?” To garner the information from the site as speedily as possible Nick enlisted the help of the Smithsonian’s 3D imaging team.

These may look like real fossils, but they are actually perfect plastic replicas of 2 million-year-old whale skeletons made using a 3D printer.

Nick and the team spent a week imaging the whale fossils in-situ with a high-resolution laser scanner and collected vast amounts of digital data that ultimately allowed for the reproduction of the fossils for further analysis unencumbered by time constraints.

The digital data was used for direct analysis and for 3D printing scaled replicas of the fossils, which can be viewed and shared by a much wider audience at the Smithsonian. But the 3D print models are more than just fascinating museum pieces, according to Nick, each full skeleton replica can supply “a whole dissertations worth of data about marine life from the past that may otherwise have been lost forever.” However, excavation of the real fossils also ensured further analysis in terms of identifying species and extracting DNA.

Nick presented his work on this project at the recent 2013 American Association for the Advancement of Science (AAAS) Convention in Boston. And below you can see Nick’s interview with the AAAS and get some further insight on his fascinating work.

A full paper is currently going through the peer-review process in terms of the full findings from this project and will be published in due course.