I remember lively the time I was undertaking this same task last year. It’s really incredible to look back and realise how much the industry has moved forward by comparing last year’s applications with those in 2013. As it’s really the applications that push the industry forward, a lot has been accomplished over the last 12 months. Of course various 3D printing technologies have evolved along the way, making it possible for creative minds to come up with new ways of utilizing 3D printing and additive manufacturing. So, without further ado I will jump on my top 5 3D printing applications from the past year.

This time I’m going to start with 5th place instead of 1st place and move up the list.

I know the guitars were around before 2013, but as an amateur musician I just can’t let this one go without recognition. The guitars, including the steampunk model (visibly present at 3D Systems exhibition booths this year) was just the beginning, as Olaf just recently came back with the Ladybug keyboards and a stunning drum set.

I had the pleasure of finally meeting Olaf at the Inside 3D Printing event in Singapore. He is a genuine and really nice guy, equipped with a great sense of humor. He gave a great presentation that was well received, and I look forward to co-operating with him in the future regarding other events. 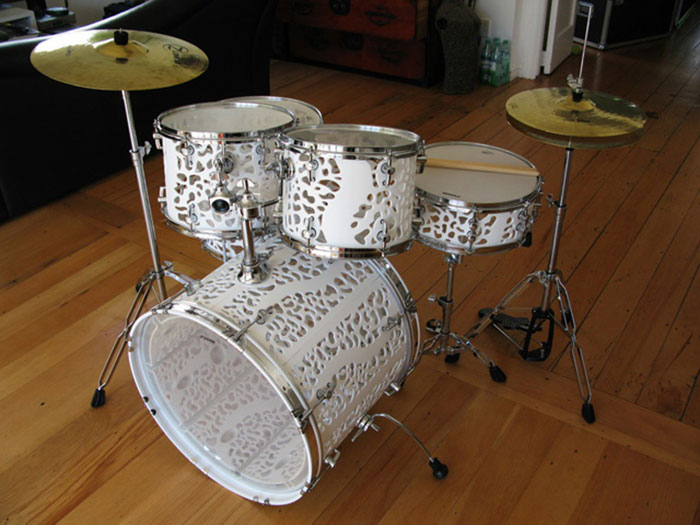 Earlier this year I had the pleasure of attending a Materialise event in KL, Malaysia, where Dr. Ranjit Singh Gill presented a first of its kind case study of bone surgery in Asia where 3D printing technologies were used. The patient’s bones were first CT scanned and then 3D printed for Dr. Ranjit to study. Normally the doctor has to rely on X-ray images and only sees the bones for first time during the surgical operation. Using 3D printing, planning for the operation proved way more efficient. The result reduced the normal four hour operation time down to one, and four week recovery time to one week.

What was really special about this case, is that Dr. Ranjit didn’t have to learn 3D printing, he was able to closely operate with a service provider, Materialise in this case, who quickly produced the 3D printed parts that allowed the whole process to happen. 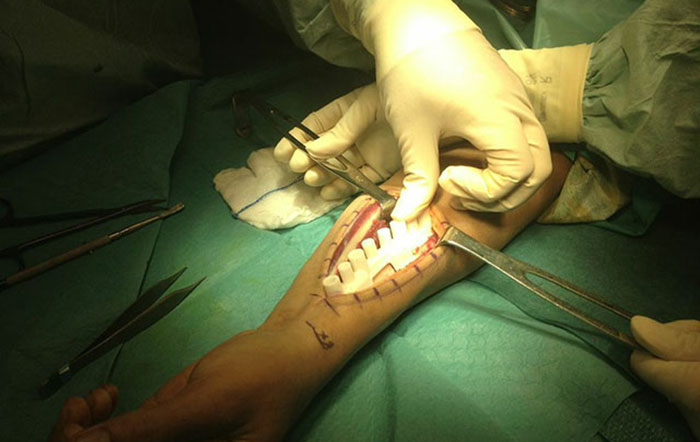 Easton LaChappelle and the robotic arm was definitely one of those applications that marked 2013 and 3D printing applications. It is such a great story at so many levels — it’s hard to describe. For me though, Easton highlights an important lesson about using the technology to do good for others, who might not be able to afford the high cost of modern medical institutions. He really redefined the word ‘maker’ particularly considering his young age. His achievement did not go unnoticed, as the story was literally covered in every related media. Also, he received official recognition as well, from the highest level: President Obama. The 17-year-old Easton has a great road ahead of him, and I can’t wait to see what the years ahead will bring. Well done!

The winning application — for me — this year was an easy selection. It’s not just one application but a series of applications promoting the ability to manufacture in space — greatly enabled by 3D printing. The application did originate before 2013, but it gained wider traction — and media attention — this year, therefore I feel it can be included here.

The number of applications concerning 3D printing and space is growing along with NASA’s project to send a 3D printer to space in 2014, and even further future plans include Deep Space Industries’ project of building space mining stations within a decade, and the list goes on and on. For me personally the whole idea of utilizing 3D printing in space exploration is a major leap as it makes the whole process a lot less expensive, since the most expensive part is the transportation of heavy items through the atmosphere. Now, they just manufacture locally on site. This is one of my all time favorite areas to follow and I am happy to give it first place on my Top 5. 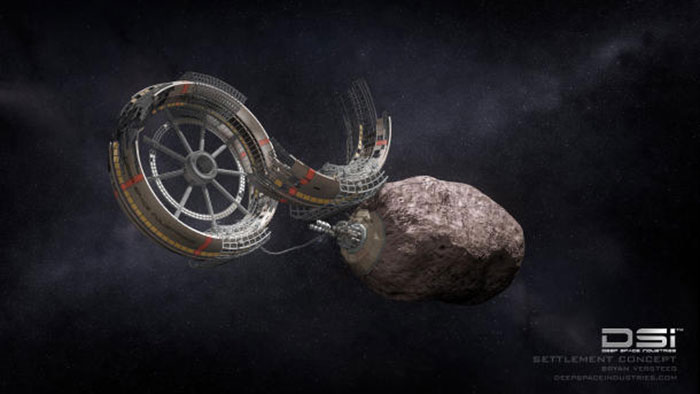