NASA intends to send a 3D printer boldly where no 3D printer has gone before — next year — to the International Space Station (ISS).

According to Made In Space, the organization that is working NASA’s Marshall Space Flight Center, more than 30% of the spare parts currently aboard the ISS can be manufactured with their advanced, custom 3D printers. That’s a significant amount, which reflects current thinking by NASA such as 3D printed moon-bases, and private space enterprises with various 3D-printed projects such as the European Space Agency’s research into the potential of a 3D-printed lunar base. 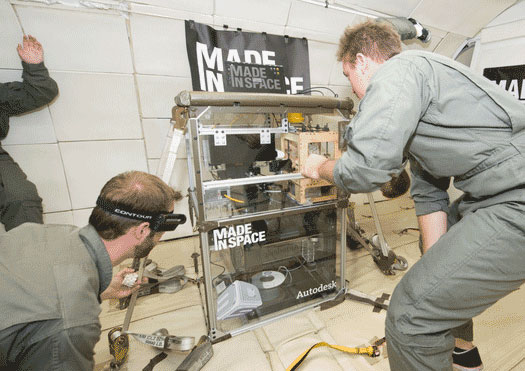 And as space agencies and corporation ventures push further into space they will find a requirement to push for continued improvements in life support systems. One important system is for that most basic of needs, food. NASA officials confirmed last week that the space agency awarded $125,000 to the Austin, Texas-based company Systems and Materials Research Consultancy (SMRC) to further develop a fully functional 3D printer for printing customized nutritious food for astronauts during long distance space travel.

“3D printing is an exciting technology, it will allow us to live and work in space with the same efficiency and productivity that we do on Earth, with the ultimate objective being to eliminate reliance on materials and parts launched from the ground.” 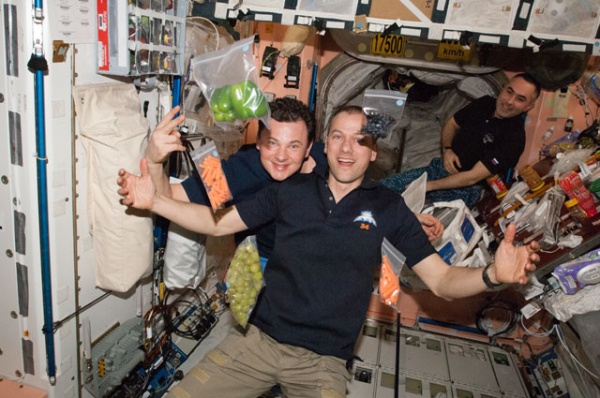 Made In Space is currently building the first 3D printer for space, experimenting with 3D Printing in Zero-Gravity (dubbed Zero G), with the now stated aim of arriving at the International Space Station in Fall 2014. The Zero G work will provide a valuable scientific foundation for future additive manufacturing in space as well as demonstrating the long-term effects of microgravity on 3D printing.

Here follows a few international space station related links. The meeting point of so many nations on one project at the turn of the millennium was an indication of just what mankind can accomplish when we work together. And if we continue to work together, who knows how far the results of the Third Industrial Revolution may take us?

Where Is She Right Now? The ISS tracker.

One For The Kids: ISS Info page.