In a fantastic development, the application of additive manufacturing technologies that other 3D printing enthusiasts and myself have long been promoting, NASA has recently awarded a $125,000 grant to further explore and develop the application of 3D printing food for astronauts. Initially aimed at efficient food storage for long-haul space flights, the creator of this project – Anjan Contractor, a Senior Mechanical Engineer at Systems and Materials Research Corporation (SMRC) in Austin, Texas, USA — hopes this technology could ultimately help the continually exponentially increasing population on Earth.

In the plan, a NASA-modified RepRap printer will be fitted with several culinary building blocks, from oil to protein powder, then mixed and deposited. As 3D printing typically utilises a layer on layer based methodology, layer-based foods like pizza are first on the menu.

Accordingly, Contractor envisions: “customized, nutritionally-appropriate meals synthesized one layer at a time, from cartridges of powder and oils.” So for the pizza, the 3D printer would mix the appropriate ingredients to deposit a layer of dough, which would be ‘cooked’ prior to laying down the next of tomato sauce (from a mixture of powder, water and oil. Additional layers of protein can then be added. 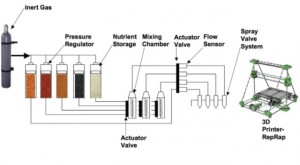 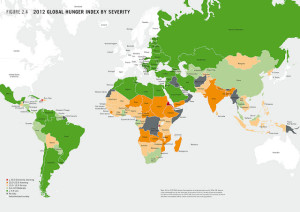 Contractor believes a 3D printer could be in every cooking area though, not just those in space; indeed in the most needed areas on Earth, given that hundreds of millions people still live in permanent hunger within our currently imbalanced, but improving, world socio-economic and political system: where rich nations contend with obesity, whilst poor nations contend with starvation. Even though, currently, food distribution is more the problem than food production, the climate chaos that the majority of specialist scientists unequivocally support by observation (this week’s tragically catastrophic hurricane near Oaklahoma is part of the increased prevalence of such super-storms and other threatening atmospheric phenomena; and the mass failure of crops in the US last year, and these are two indications that natural ecological cycles are disturbed – with man-made climate change being present among natural differentials: from solar cycles and terrestrial hydrosphere, chryosphere, and biosphere cycles.)

3D printing is a technology versatile enough to be incorporated into cooking. Indeed, some are speculating, albeit non-empirically at this point, that it could even replace it entirely!