The lab of Michigan Tech’s Dr. Joshua Pearce is one of the most admirable 3D printing-related research outfits that I’m familiar with.  If the Pearce Research Group isn’t proving just how cost-effective 3D printing can be for scientific studies or the average consumer, it is developing standards in the areas of recycling and fair trade practices as they apply to this increasingly relevant technology.  Meanwhile, Pearce and his students are continually developing low-cost, open source methods for new 3D printing technologies, including recycled filament extruders and sub-$2,000 metal 3D printers.  Dr. Pearce is now tackling the vast and essential field of agriculture. 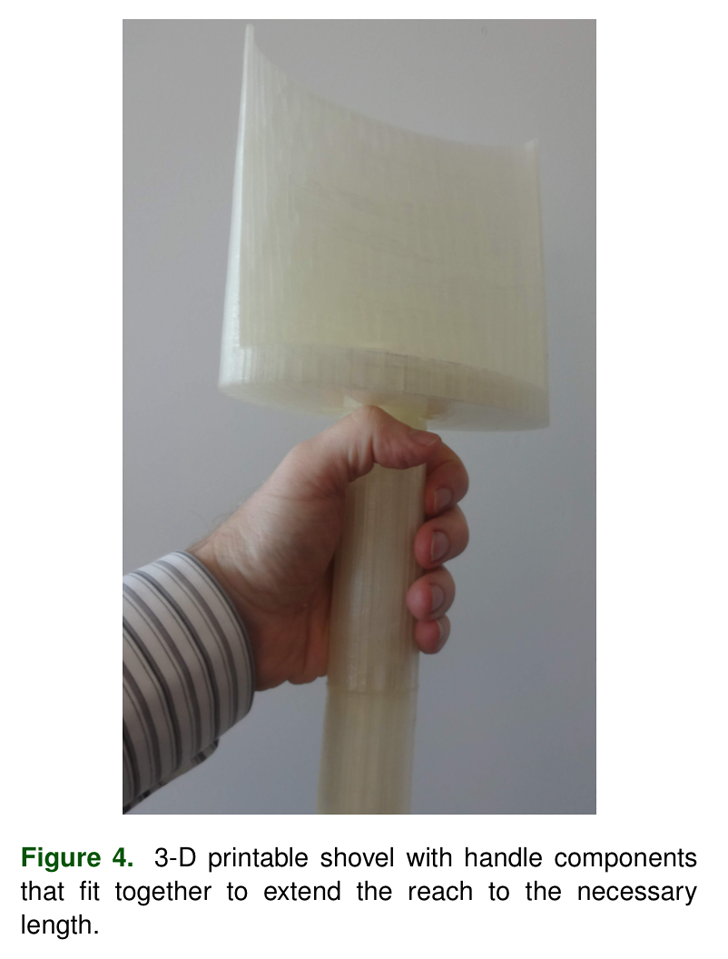 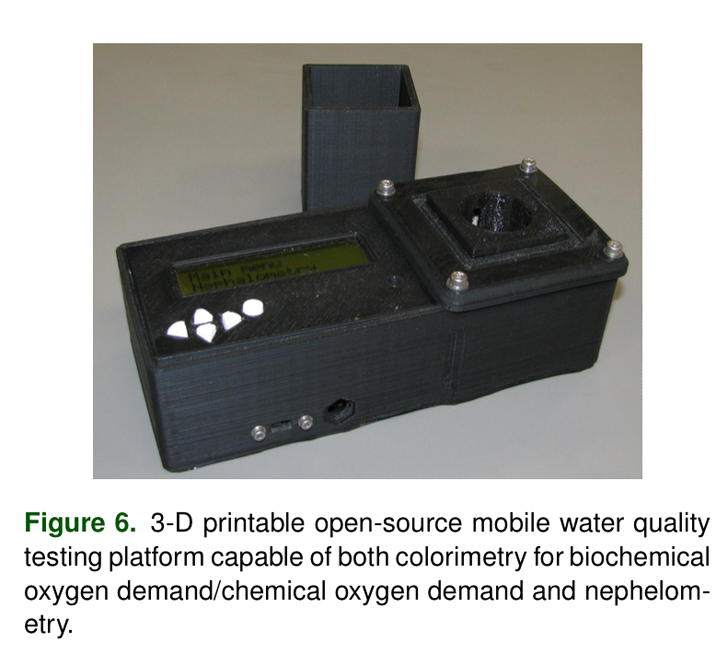 Looking at each device (and 3D printing them with the Pearce Research Group’s own MOST Delta RepRap at a price of less than $450 in materials), Pearce outlines the benefits they might have to farmers all over the world, with an emphasis on developing countries.  Such benefits include using a 3D printed spigot for drip irrigation systems to increase crop yields, the ability to field dress and skin livestock using a 3D printable dressing tool with replaceable blade, and improving watering efficiency by using a 3D printable drip-irrigation spigot. In describing a 3D printed chicken feeder, he explains:

[I]n the developing world, poultry farming is a popular project among small-scale organic farmers as the returns can be realized within a short period (approximately 1.5–2 months) [85]. Unfortunately, many of these projects fail due to disease outbreaks. Disease results in large numbers of poultry fatalities and poor production performance in both eggs and meat, which can cause financial losses to already poor farmers, and also increase human infection [86]. The majority of chicken diseases are transmitted through contaminated chicken waste. Appropriate chicken feed holders can help keep feed isolated from contaminated feces, minimizing outbreaks of disease. Thus, after corn is shelled using the print in section 3.2 then ground, it can be fed to chickens using 3-D printable chicken feed holders (Figure 10). This improves the economic viability of raising poultry by raising yield, but also reducing investment in treating sick birds.

Pearce has reiterated in several studies just how much individuals can save by 3D printing their own goods, whether they be consumer goods or scientific equipment.  In this paper, he applies the same economics to agricultural tools, arguing that “all of [3D printed tools] offer direct cost advantages over purchasing commercial equivalents.” He then suggests that, by using recycled materials via a recyclebot, the “economic advantage of RepRap-based distributed manufacturing increases by a factor of ten.” Pearce even points out that, by 3D printing some items, an open source 3D printer could pay for itself, saying, “Although a single water testing platform (Figure 6) pays for the entire 3-D printer 4-8 times over, hundreds of irrigation stakes (Figure 18) would need to be printed to cover the capital costs of the 3-D printer. It is obviously also much easier to justify the cap- ital cost of the printer if a recyclebot is available either on farm in or locally.” 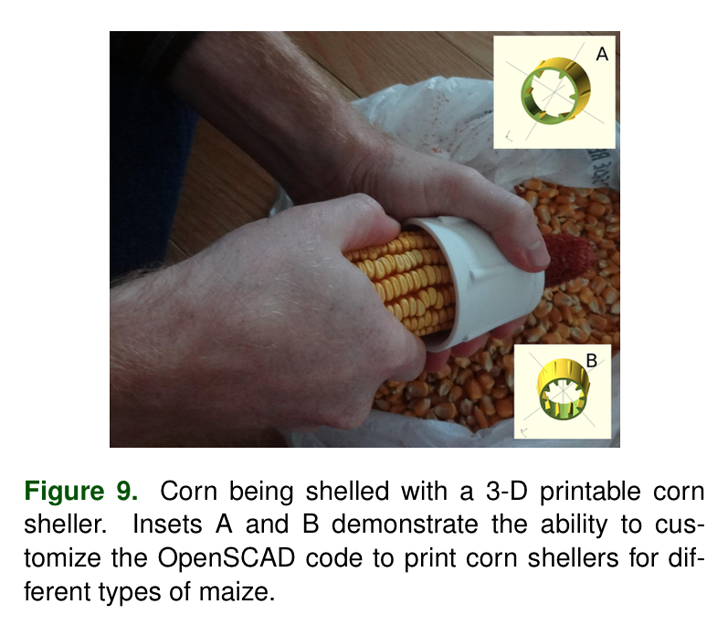 Though I miss the price comparisons of 3D printed tools and their commercial equivalents, seen in his paper on 3D printed consumer goods, the benefits of 3D printing farm tools aren’t hard to miss. Pearce points out, “Approximately a third of the world’s organically managed land (i.e. 11 million hectares) is located in developing countries and nearly half of the world’s organic producers are in Africa [2]. In the developing world in particular, these farms are owned by relatively resource-poor landholders.”  Open source, 3D printed tools, then, can help these farmers obtain necessary tools at a lower price. And, using a solar-powered 3D printer, such as the one designed by Pearce’s lab, can help the “over 1.2 billion people (approximately 20% of the world’s population) that do not have access to electricity” obtain the same benefits as those who do have access to electricity.

Of course, there is still much work to be done in this field, including improved materials, an increase in the number and organization of 3D printable farm tools, improved software and hardware for 3D printing, as well advancements in solar powered 3D printers.  But the Pearce Research Group in particular, is already working on it, as Dr. Pearce tells me:

This is part of our continued research into fabricating open source appropriate technology (OSAT) with RepRap 3-D printers. Most of the people that need OSAT the most are small-scale farmers. RepRaps have matured and the maker community has now completed enough useful designs that we wanted to demonstrate to the organic farming community that the technology may be worth a look. As more farmers join the 3-D printer club – we can sit back and enjoy the network effect – the more farmers that adopt the technology –  the more designs will be shared and the more useful and valuable the printers become for farming (or even gardeners reading this article).

With various low-cost metal 3-D printers evolving on a daily basis it will not be long before metal components will be a realistic option as well.  Groups like Open Source Ecology will be sharing complete digital plans for full scale farm equipment in the public domain that farmers can fabricate themselves using 3-D printers. That is a pretty exciting potential future and we are not far from making it happen.