Joshua Pearce’s Sustainability and Accessibility Lab at Michigan Tech has made even more progress towards democratizing technological access by creating an open-source 3D metal printer. The lab has put out a report titled “Low-Cost Open-Source 3D Metal Printing”, available on Academia.edu, that instructs readers on how to build their own 3D steel printer for just over $1,000. 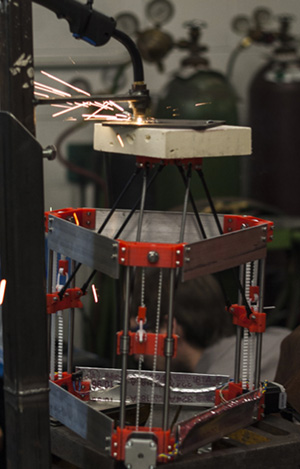 As the report points out, “the applications of commercialized metal 3D printers are limited to only rapid prototyping and expensive finished products. This severely restricts the access of the technology for small and medium enterprises, the developing world and for use in laboratories.”  The delta-style RepRap uses an affordable Melzi Microcontroller board and many of the typical components found in other desktop 3D printers. The bulk of the price for the metal printer is the commercial gas-metal arc welder (GMAW), which runs at about $830. In total the bill of materials tallies up to $1,192.93. The machine works like a traditional RepRap, except that the extruder is made up of the welder, which melts a bit of metal wire, depositing drops of metal, one bead at a time, until it finishes the print. And, in the end, the open source 3D metal printer seems to have been successful.

From the image below, you can see that the printer was able to manufacture a metal sprocket.  According to the paper, the sprocket, made from solid carbon steel ER70S-6, was watertight and functional, but the process still needs to be optimized. For instance, in order to improve the resolution of parts, “the travel speed of the stage needs to be optimized as a function of the wire feed rate and voltage for commercially available thin welding wires.” Additionally, controlling the deposition of material is still more difficult to control than in traditional FDM machines. The metal printer also lacks the ability to create bridges and support structures. 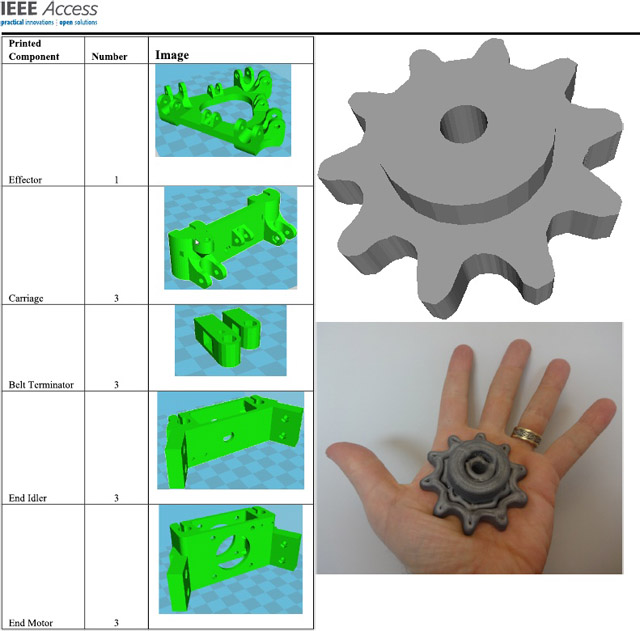 In the report, the authors describe the manifold possibilities of such a device, including increased savings to consumers printing their own household goods, sustainable development for developing nations and the ability to produce custom lab equipment – all topics covered by Pearce’s lab in the past. In other words, a metal 3D printer only increases access to industrial technology previously made possible by 3D plastic printing. The report also argues that it may be possible to use recycled aluminum cans to create the feedstock for the device, though the aluminum would have to be combined with, possibly, “2-3 wt% Mg” to prevent hot cracking in the printing of metal objects.

Dr. Pearce told Michigan Tech News that the technology is probably more suitable for shops and garages and requires significantly greater safety precautions than needed for plastic printers. It’s possible that such a 3D printer could be used to fabricate metal guns (thanks, Solid Concepts!), with Pearce wondering “if we are mature enough to handle [the technology]?” However, the professor believes that the 3D metal printer could solve so many problems, saying: “Small and medium-sized enterprises would be able to build parts and equipment quickly and easily using downloadable, free and open-source designs, which could revolutionize the economy for the benefit of the many.”

As the technology is still quite limited, Dr. Pearce hopes that the open source community will take the technology further, as they had with open source plastic printers. “Similar to the incredible churn in innovation witnessed with open-sourcing of the first RepRap plastic 3D printers, I anticipate rapid progress when the maker community gets their hands on it. Within a month, somebody will make one that’s better than ours, I guarantee it.”