Many argue that true distributed manufacturing is a myth. This is argued even more so in the auto industry, where only giants survive and any attempt to challenge their dominance by small start-ups inevitably ends up failing. Facts, however, seem to differ. One company, in particular, that might not agree with this argument is Divergent Microfactories.

As a proof of concept to support its distributed and sustainable car manufacturing model, the company, founded by CEO Kevin Czinger, presented Blade, an absurdly gorgeous supercar that is also somewhat eco-sustainable, thanks to a particular modular manufacturing process which makes extensive use of 3D printing.

“Society has made great strides in its awareness and adoption of cleaner and greener cars. The problem is that while these cars do now exist, the actual manufacturing of them is anything but environmentally friendly,” said Czinger. “At Divergent Microfactories,” he added, “we’ve found a way to make automobiles that hold the promise of radically reducing the resource use and pollution generated by manufacturing.”

A trend that we are seeing more and more often, Divergent Microfactories’ technology is based on a modular approach, which enables the company to make more intensive use of 3D printing, while doing away with build size limitations. This approach centers around a proprietary solution called a Node, a 3D-printed, aluminum joint that connects pieces of carbon fiber tubing to make up the car’s chassis.

The Node solves the problem of time and space by cutting down on the actual amount of 3D printing required to build the chassis and can be assembled in just minutes. In addition to dramatically reducing material and energy use, the weight of the Node-enabled chassis is up to 90% lighter than traditional cars, without sacrificing integrity (talk about topological optimization). This results in better fuel economy and less wear on roads.

The fact that the system is easy to implement makes it ideal for making small teams of innovators able to venture into large-scale car manufacturing. “Blade proves that we’ve done it without sacrificing style or substance,” said Czinger. “We’ve developed a sustainable path forward for the car industry that we believe will result in a renaissance in car manufacturing, with innovative, eco-friendly cars like Blade being designed and built in microfactories around the world.” 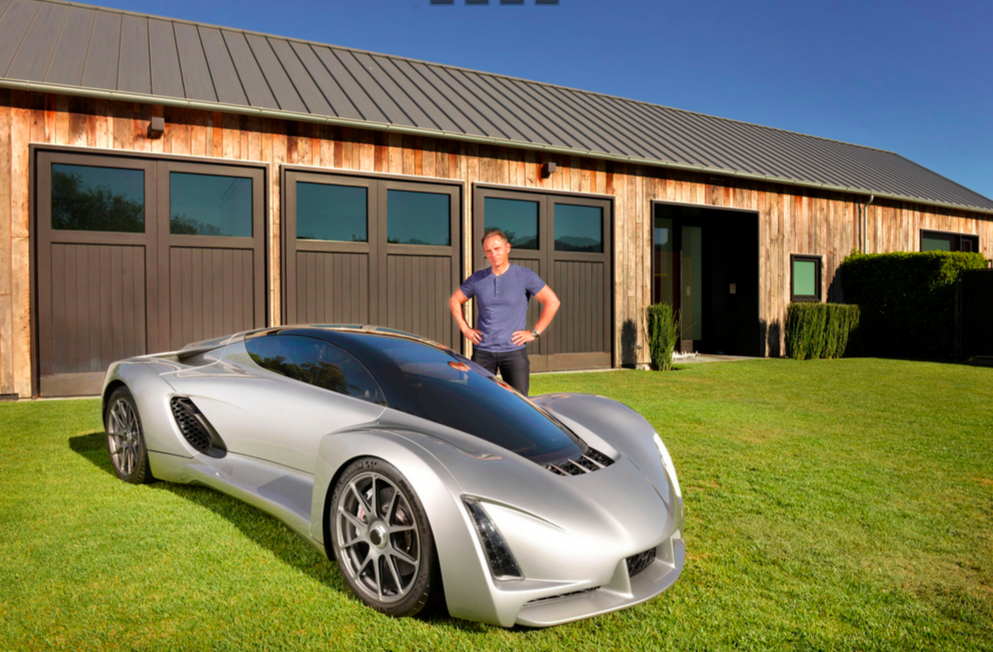 Blade is the world’s first functional, largely 3D-printed supercar. Equipped with a 700-horsepower bi-fuel engine, that can use either compressed natural gas or gasoline, it is at the same time one of the greenest and also most powerful cars in the world. This beast goes from 0-60 in about two seconds and weighs around 1,400 pounds. 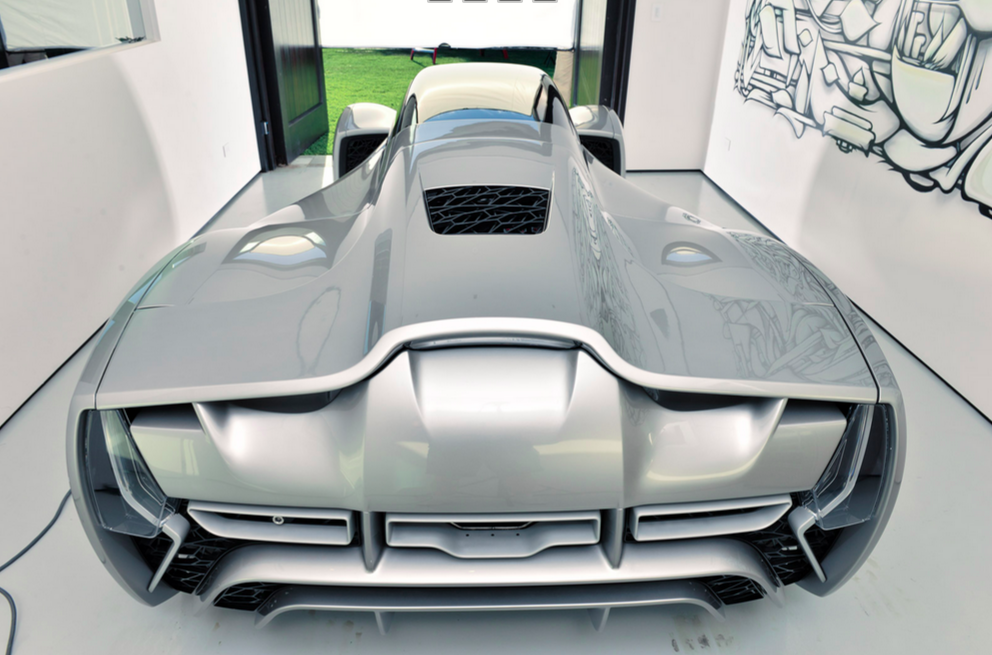 Divergent Microfactories plans to sell a limited number of high-performance vehicles that will be manufactured in its own microfactory. The company’s biggest challenge is to democratize auto manufacturing by putting its platform in the hands of small entrepreneurial teams around the world, allowing them to set up their own microfactories and build their own cars and, eventually, other large complex structures. One of the greatest promises of 3D printing is that sustainable manufacturing does not have to mean sacrificing quality or convenience. In fact, the development of technology means that we can make better things, faster. The Blade seems like a perfect example for the sustainable car of the future.