If the hardest thing for an innovative startup is not starting up as much as scaling up, then Luke Winston, Formlabs’ Sales and Operations Lead ever since the company’s pre-Kickstarter stealth mode, might just be one of the key figures in the success of the only company that has made pure stereolithography-based 3D printing accessible to just about everyone.

The next challenge on Luke Winston’s list is to lead the company’s European expansion, a process that picked up speed last March, with the establishment of the Berlin office for German distribution and continental marketing activities. I caught up with Luke, when he came to Italy to sign the exclusive distribution partnership with 3DiTALY, the largest franchise of 3D print shops in Italy. This deal represents a very important new growth phase for the 3DiTALY team, which will officially launch Formlabs’ distribution with the opening of a new store in Naples next July 22nd. For both companies this is also the latest chapter in a story that just seems to get better and better. 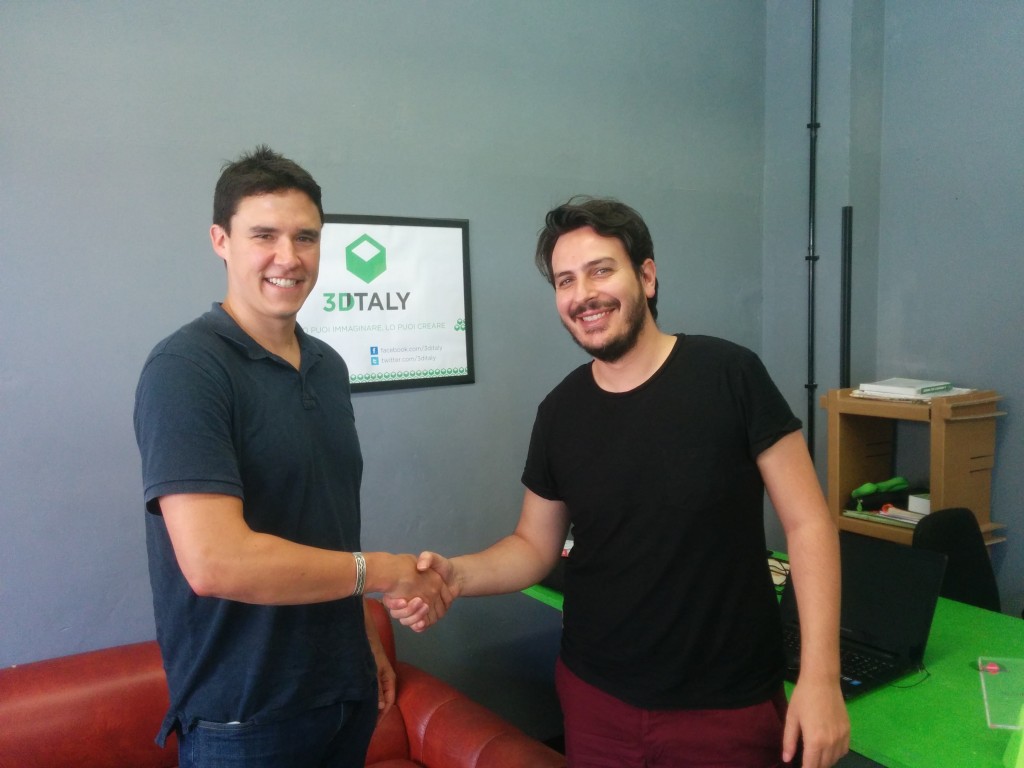 “We are well over one hundred people now and, if you count all of our interns, the count goes up to nearly one hundred and fifty people/em>,” Luke revealed, adding that Formlabs has grown significantly, especially in the last year, and it is not slowing down. In the first years after Kickstarter, they focused on the US market, although Europe represented a big portion of the company’s revenues from the onset.

“When we started shipping to Europe in 2013, we decided that our priority was to make sure that the customer experience would be just as good for our overseas customers as it was on the domestic US market,” Luke explained. “Initially that meant having a logistics facility in the UK, which is easier, as it is an English speaking market. As we continued to grow, we wanted to make sure that our customers in all other nations would have support in their own language. Carefully selecting the right partner in each country takes longer, but is necessary to ensure customer satisfaction.” 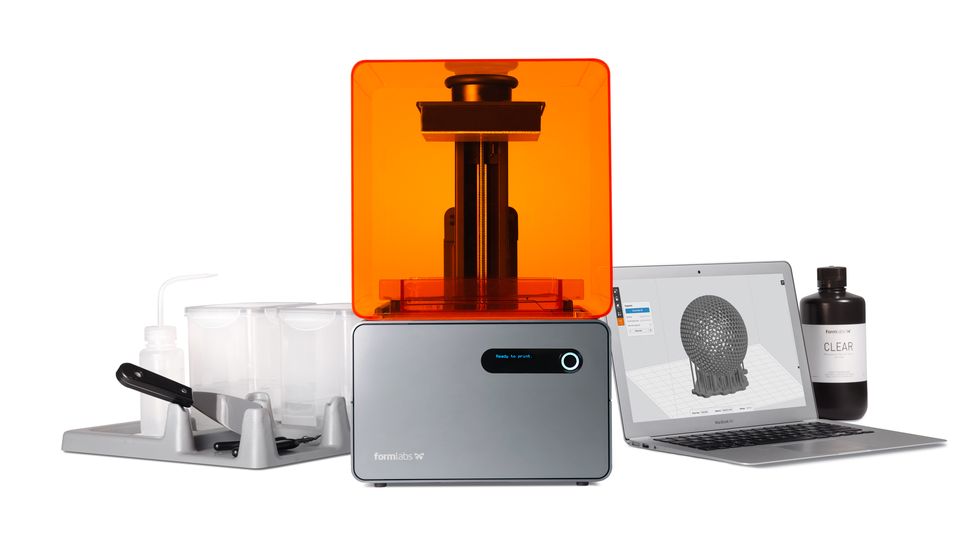 Luke explained that, while early adopters can be reached through the web, having a local retail partner is necessary to reach the larger customers, which is exactly what Formlabs intends to do. “Each national market has its own peculiarities,” he says, “and we know that Italy is extremely design-focused, so we expect to have a lot more customers in the design and arts fields.”

Many Italian designers have been using stereolithography for more than a decade, however they generally turn to much more expensive systems. The presence of a reliable, €3,000 SLA 3D printer could truly be a disruptive event for the local industry. Although several low cost DLP models have appeared on the market, only recently we have started to see similarly priced competitors in the pure SLA arena.

“The engineering for a low-cost SLA system is really complex,” Luke says. “This enabled us to offer less limitations on build volume and higher resolutions.” While Formlabs’ success is certainly due to the uniqueness of their product, Luke’s Harvard Business School education surely has played a part in the scaling up of the company, which is somewhat ironic, since the Form1 is known for having been conceived by a team of MIT graduates.

The majority of Formlabs’ current customers are professionals, product designers or mechanical engineers, who  need to create prototypes that are very similar to the finished product in terms of surface quality. “Jewelry professionals in particular seem to be very excited about the Form1+”, Luke points out, adding that he is also very fascinated by the machine’s use for research and prototyping at a medical and university level. For example, in the UK, Formlabs worked with a local university to develop and prototype a futuristic suturing device. “These are the kinds of partnerships we would like to establish in all the new territories we expand into.”

The number one reason to establish a more direct presence through a distributor in the Italian market is to give more Italians access to the Form1+. Luke says that Formlabs wants to engage the Italian 3D printing community more directly, with workshops and educational initiatives. “We believe that exposing 3DiTALY’s customers to this more powerful type of 3D printing will dramatically expand their design options.” 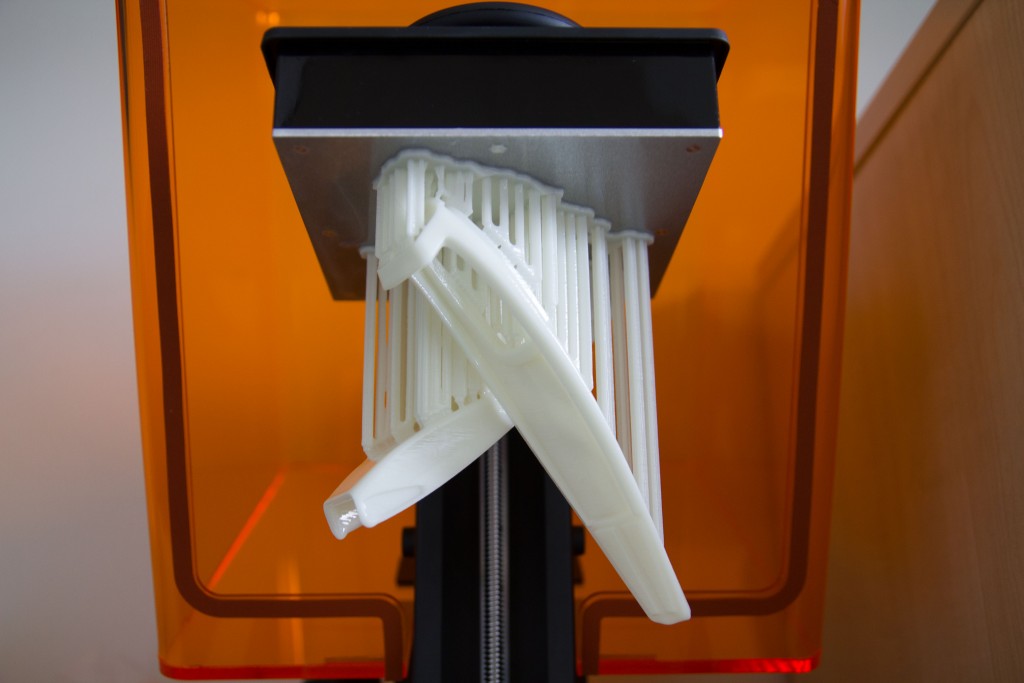 In general, Luke seems impressed by the way 3DiTALY has been able to already open up 7 stores and does not seem to be slowing down. “They seem to be able to open up new stores very rapidly without sacrificing the customer experience, which remains central to their business model,” Luke observed. “They work on educating their customers because, at the end of the day, that is what will enable the market to continue to grow.”

Like Formlabs itself, growth has been “extremely fast and, yet, not too fast.” Luke feels that, although the consumer hype may die down, there exists a very solid professional market that can benefit greatly from fully integrating 3D printing in the workflow. “More people than ever have become aware of these possibilities over the past two year and a lot more are going to follow.” It certainly does not look as if Formlabs’ Euro expansion is going to stop with Italy. At least in the 3D printing sector, Europeans can easily be united. 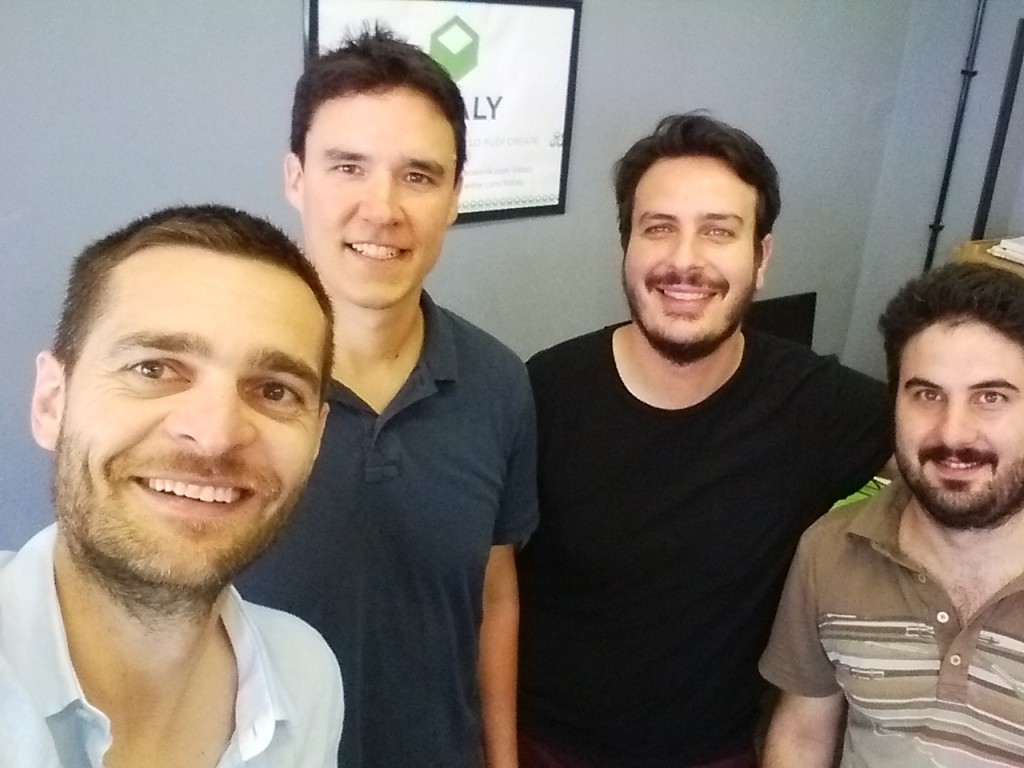