Did you ever have a small band that you loved?

You followed and consumed everything they did?

You and 11 other people?

Then they had a huge mega-hit and became a world-wide phenomenon and instead of just being your secret, they belonged to everyone, and you felt sad…

In a clear indication of the consumer growth of 3D printing as a whole, the online retail monster that is Amazon, has added a well stocked 3D Printing & Supplies section to its sprawling site, selling 3D printers & consumables, books and software. 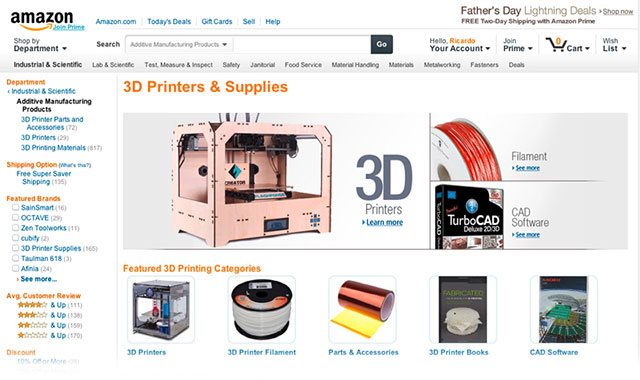 Obviously Amazon’s efforts in the 3D print arena have only just begun, but with the huge retail influence they swing, not only should existing retailers see greater traction in the marketplace but new companies will have a new global shopfront for their products.