3D printing technology has had a major impact on the manufacturing of prosthetics, companies and organizations such as Naked Prosthetics and e-NABLE have completely revolutionized the way that prosthetics are designed and produced. In the video game industry, on the other hand, 3D printing’s influence has been quite minimal thus far, but is still growing into a prominent existence through projects like the XMODULE racing game. These two industries (prosthetics and video games) may not seem to have much in common at first glance, but one determined design team has utilized 3D printing technology to fuse them together for an avid gamer and amputee named James Young, creating a synthetic arm based from the popular Konami series Metal Gear Solid.

De Oliveira Barata, the founder of the Alternative Limb Project, has combined functionality with artistic expression through numerous alternative and realistic prosthetics limbs. The Metal Gear Solid-inspired model, however, was made exclusively for Young. “James’s arm is completely bespoke,” de Oliveira Barata said. “And it was really important for all of us that it encapsulated his idea of what he wanted from a prosthetic.” 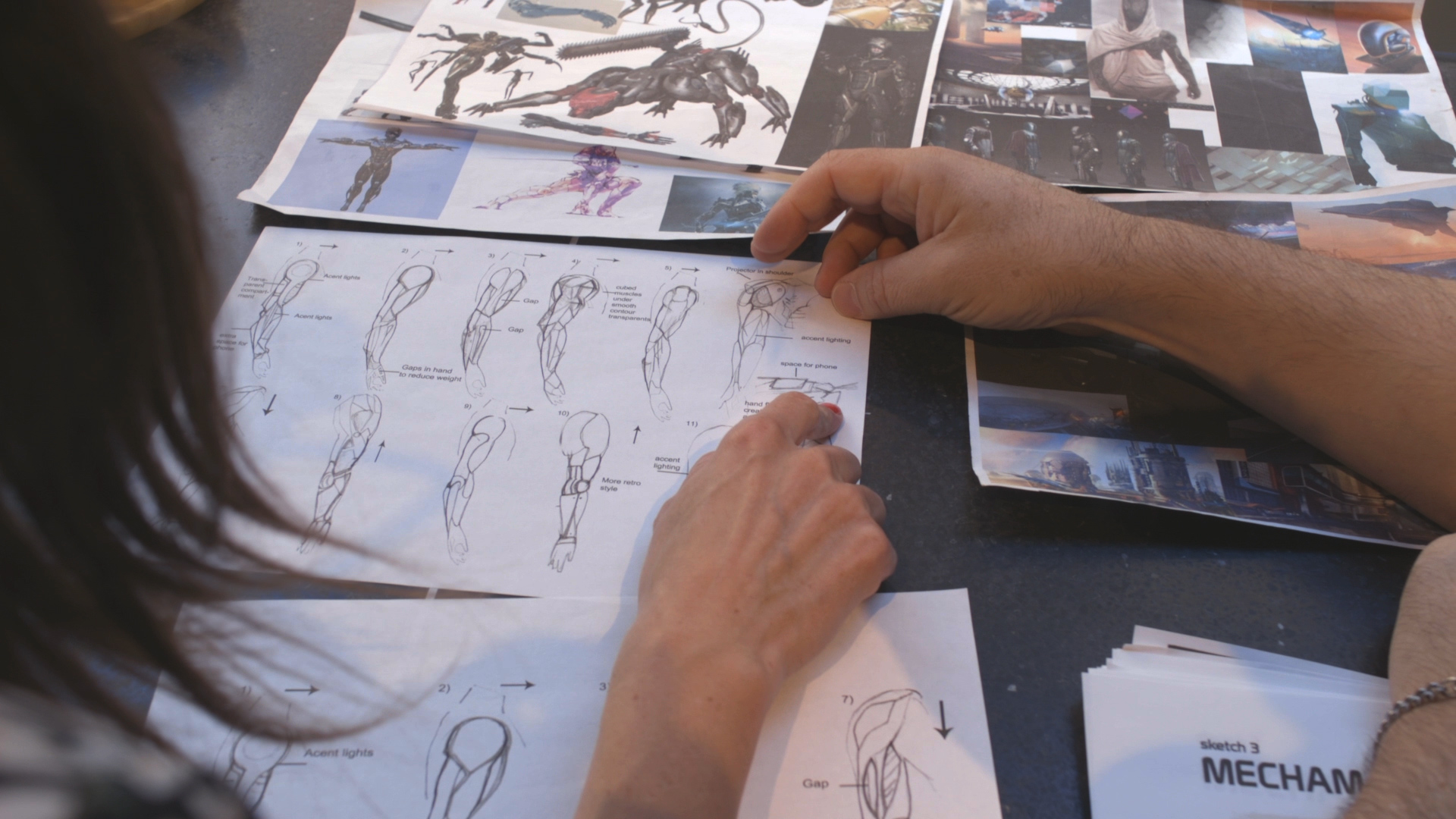 The hand itself was designed with help from the open-source prosthetic and robot hand developers at Open Bionics, and is said to be a major improvement over the NHS prosthetic he previously had. The 3D printed hand, which is fitted into the carbon-fibre limb, is controlled by sensors which respond to specific muscle movements in Young’s back. Not only does it give the power of dexterity and overall function back to Young, the synthetic arm is truly a hi-tech device fit for any video game hero. The arms features a torch, a laser, banks of LED lights that can be synchronized with Young’s heartbeat, a USB port for phone charging or data uploading, and even functions as the controller for a miniature quadcopter. 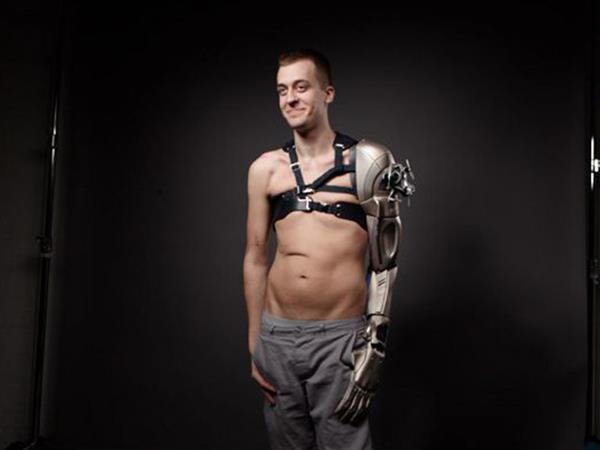 The prosthetic arm is sure to provide Young with much more functionality and public attention, which he had already got a hint of after revealing the his hi-tech synthetic arm at the Texas-based BodyHacking Con 2016, a conference revolving around the idea of human augmentation. Although James Young definitely resembles Snake a bit more now, he does’t quite have the same tactical skills or bitter attitude as the video game character. “I don’t think I’m Snake,” said Young. “Pretty much everyone in his team has had some sort of terrible accident and they’re all very bitter about it and embarking on a big revenge spree. That’s definitely not me.”