How to Get Your 3D Printing Startup Funded in 2016

3D printing and 3D scanning have the potential to transform the way we think about objects – the way we conceive them, produce them, distribute them and consume them. With their advent, products will become digital and physical (digical) seamlessly. Industry 4.0 will transform our lives. This potential revolution requires investment to materialize. In the years 2012-2014, when 3D printing hype was at its zenith, VC funds flocked to invest in 3D printing manufacturers, service bureaus, software and online 3D platforms. Rare were the ones with in-house resources to properly assess the risks associated with their investments. Basically, the investors were not prepared for the specifics of the digical revolution. Now that time is separating the wheat from the chaff, let’s have a look at those who are investing and can bring value to a 3D printing or 3D scanning startup.

Funds with Strong Backgrounds in 3D Printing and 3D Scanning

Funds usually have specific criteria of investment, including a company’s stage of development. With this in mind, we can breakdown the investors into five main categories: pre-sales financing, seed funding, venture funding, growth funding, and IPO.

Startups that have a physical products to sell can choose to run a campaign on crowdfunding sites such as Kickstarter or IndieGogo. Many 3D printing startups managed to raise significant cash by pre-selling their products. Four of the top 50 most-funded projects on Kickstarter have been for a 3D printing manufacturer. Over 10 3D printing Kickstarter campaigns have reached over $1M in funding. It’s worth noting that Kickstarter and Indiegogo are not equity crowdfunding platforms, but pre-sales funding platforms; therefore, a significant share of the funds raised will be allocated to fulfilling the orders, with little cash remaining for research and development. This can explain why successful campaigns might fail to deliver the products when significant unexpected costs arise, typically when the products promised to the backers need improvement.

iMakr.vc is a London-based vertical fund with a clear focus on 3D printing and 3D scanning. It has backed iMakr.com, a value-added 3D printing and 3D scanning retailer; MyMiniFactory.com, the leading curated platform for 3D printable objects; and WeDesign.Live, the world’s first open source live collaborative platform for 3D design. Startups can apply by sending an email to: [email protected]

Asimov Ventures is an early-stage venture capital firm based in New York City and Seattle. It invests in two areas of expertise: 3D printing and robotics. It seeks to partner with visionary entrepreneurs in relentless pursuit of opportunity. Among its investments: Wiivv, a manufacturer of 3D printed, custom insoles created through smart phone scans, and Collider, a Chattanooga startup promising high-speed 3D printing. Startups can apply by sending an email to: [email protected]

Disney Accelerator started in 2014 to help today’s technology innovators turn their dreams of new media and entertainment experiences into reality. The accelerator very much has the Digical revolution mind. Each year it invests $120K USD in 10 selected startups. In 2015, two were 3D printing companies (MakieLabs and OpenBionics). To apply start-ups need to visit http://disneyaccelerator.com/ 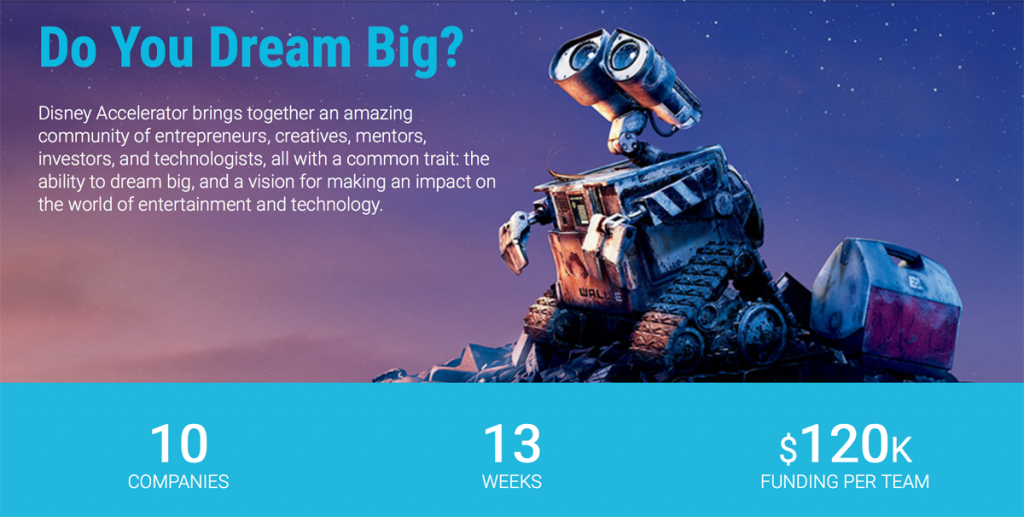 Intel Capital is an active fund that has invested over $11B since 1991 in over 1,440 companies. It’s a stage-agnostic investor with a strong focus on the Digical sector: internet of things, smart devices, wearables and manufacturing, and labs. It has invested in several 3D printing related startups. To apply candidates needs to visit www.intelcapital.com

Autodesk Spark is a $100M investment fund to support ideas that push the boundaries of 3D printing and nurture the companies that will bring new ideas to market. It invests in hardware, software, materials or services startups in the 3D printing sphere. A notable investment is the $10M invested in 2015 into Carbon3D. To apply start-ups need to visit https://spark.autodesk.com/

Lux Capital is a venture firm based in New York City and Silicon Valley investing in counter-conventional, seed and early stage science and technology ventures. The firm manages $700 million in assets across four funds. It has invested in Shapeways, Sols, and, recently, DesktopMetal, a metal 3D printing manufacturer. Companies can apply by sending an email to: [email protected]

Balderton Capital is a large animal, with a focus on early stage development. It’s the largest Europe-focused venture fund, with funds totaling $2.3B. It invests between $1M and $20M into companies with the potential to disrupt huge industries and the ambition to scale globally. The fund has a keen interest for the 3D printing sector. Candidates can apply by visiting www.balderton.com

Stratasys and 3D Systems have played significant roles in funding and acquiring 3D-related companies in the hype years. Since 2015, they have maintained a much lower profile. Nevertheless, they are still looking for firms that can help drive their growth further. In October 2015, alongside Lux Capital,Stratasys invested in the aforementioned Desktop Metal.

With its very strong cash position, Autodesk is always looking to acquire innovative 3D companies. Its latest noticeable acquisition is netfabb, a German-based developer of software solutions for industrial additive design and manufacturing.

With consolidation expected in 2016 in the 3D printing sphere, I expect to see significant activity in M&A.

IPO: who is next?

During the 2012-2014 period several 3D printing companies raised funds via IPO. In 2015, with the hype fading away, no new startups reached the stock market. I don’t expect things to change notably in 2016-2017. During the next two years the best startups will gain traction removed from the limelight, readying themselves for better times, expected in 2018.