Have you heard of Pirate3D‘s Buccaneer 3D Printer?

If you aren’t in the loop, Pirate3D raised a (then) record-breaking $1.4M+ on Kickstarter for their Buccaneer 3D Printer in 2013.

Largely because most consumers had never seen such a well thought out 3D printer at such an affordable price point.

At the time, the most well-known printer was Makerbot’s Replicator 2, which ran for $2,200 and Pirate3D claimed to have a better designed, faster printer (The Buccaneer) for just $347.

Truth is: it WAS a well-designed printer and we were just as excited for Pirate3D to pull this off.

Not only that, Pirate3D was ambitious enough to pitch an entire 3D printing ecosystem, instead of just a 3D printer.

They claimed to having a cloud-based component to the Buccaneer 3D printer called Treasure Island that would allow users to directly send 3D printable objects into their printer from any web-enabled device.

It makes a lot of sense and the guys at Pirate3D were definitely thinking about the importance of having a source for rich 3D printable content.

They also claimed to deliver something called Smart Objects — which was supposed to be an idiot proof 3D design software that anyone could easily use without having any specialized training. With Smart Objects, anyone without design experience could easily manipulate and customize 3D models according to their own needs before printing them.

Again, this is all well thought out and I tip my hat to the Pirate3D founders for their boldness and ambition.

With that said, the biggest reason, I believe, that Pirate3D struggled to deliver printers and eventually failed is because of a tremendous lack of focus.

Manufacturing 3D printers is not an easy task and people underestimate the difficulty of engineering hardware. Not to mention, there are countless successfully funded 3D printers on Kickstarter that failed to deliver the printers. (Remember ez3D’s Phoenix 3D Printer? Or how about Duy Dang’s Eventerbot?)

Keep in mind, this does not even include the gargantuan task of building a software-driven ecosystem around the printer (i.e: Smart Objects, Treasure Island etc..). To make it even more difficult, it was going to be executed by recent college graduates with zero experience in business or manufacturing.

“..it’s just that the current design has heavy costs because it was designed by 3 fresh graduates with no training in industrial design and manufacturing two years ago…” – Brendan Goh, co-founder of Pirate3D 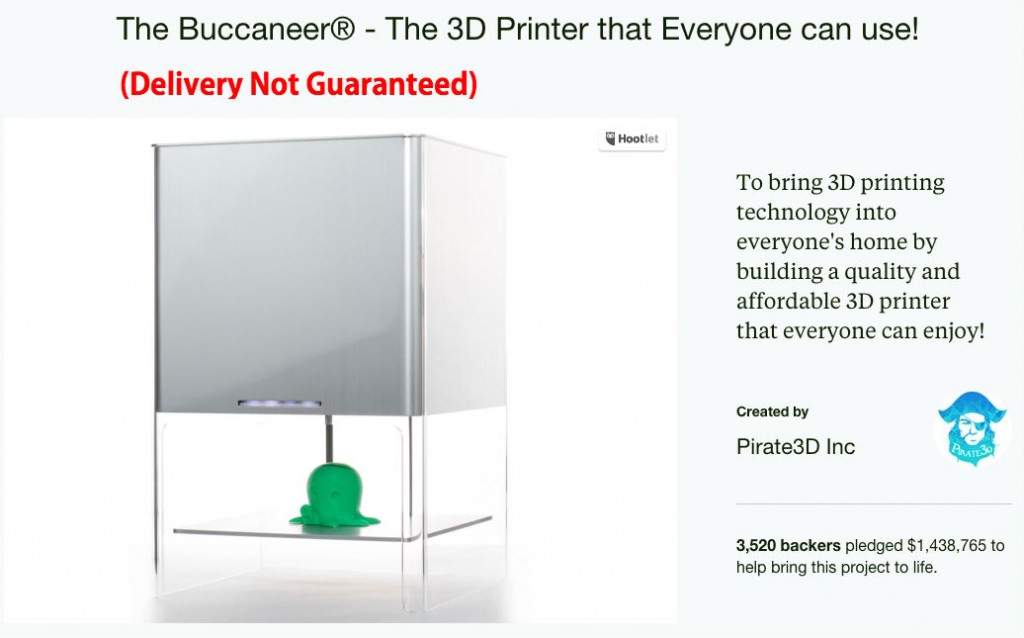 Keep in mind, this is with an additional $2 million dollar investment.

In my opinion, 3D printer manufacturers should focus their energy on hardware, not software

There are benefits for being a jack of all trades, but, when it comes to technology, it is often best to stick to one’s expertise and focus on one area. In fact, Pirate3D is an excellent real world case study highlighting that fact.

Do you see Lamborghini trying to get into consumer washing machines or Apple coming out with a new line of breakfast cereal? Nope.

Building a software-driven ecosystem for consumer 3D printers is an incredibly complex task. Which is why it should only be left for companies with expertise in software.

Personally, I have been advocating against 3D printer manufacturers building their own 3D printer operating systems for this exact reason. In fact, in August 2015, I even used Pirate3D as an example of a company that is contributing to the market fragmentation of 3D printer software.

Not only that, Brendon from Pirate3D seems to agree with me:

“..Developing an entire ecosystem of our own combination of hardware, software and library was a far more costly engineering project than expected…” – Brendan Goh, co-founder of Pirate3D

When 3D printer manufacturers lose focus and start branching off into software, the result is an incessantly fragmented marketplace filled with complex software and lack of compatibility.

In Pirate3D’s case, a potentially successful Kickstarter that went belly up, leaving most of their backers empty handed.

Were you a backer of Pirate3D’s Buccaneer printer? What do you think? 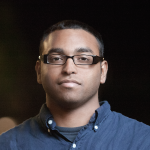 Dilanka is a technologist, crypto-anarchist, writer, speaker and internet hacktivist. He is currently leading growth at Astroprint, which develops software for consumer 3D Printers. He studied Computer Engineering at the University of California in San Diego before dropping out to pursue other interests. He occasionally writes about technology at Greymask.com.