As Odysseus approached the Sirenum scopuli islands, his crew strapped him to the mast while the beeswax in their ears prevented them from hearing the song of the Sirens, lest the mad truth drive them towards their death. Backers of the once-$349 Buccaneer 3D printer from Singapore’s Pirate3D may want to strap themselves down for the news put out by the company’s CEO Brendan Goh on the project’s now two-year-old Kickstarter campaign.  In the startup’s latest update, the Pirate3D has announced an official hiatus, as they return “to the drawing board” and fulfill the remaining 60% of their Kickstarter rewards: 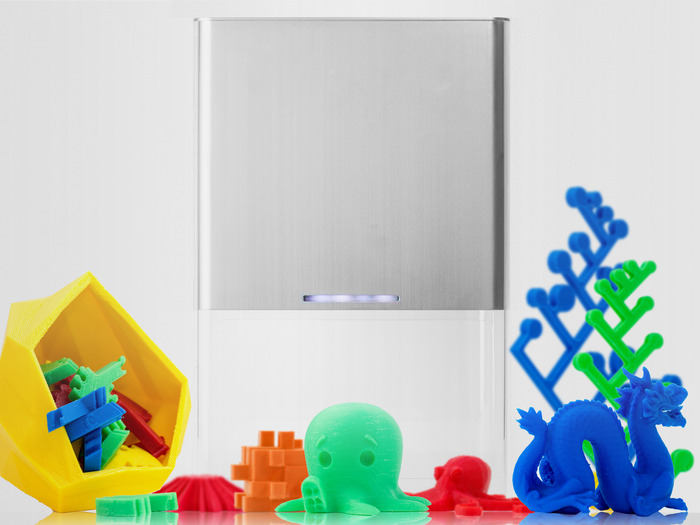 Hi Kickstarter Backers, It’s been a while since we posted an update here. We’ve been handling queries and requests through our support platform; thank you to everyone who uses that channel as it really helps us to reduce similar queries and to help you faster.

As many of you know, we have had to freeze operations for the last 2 months and will need to do so for at least a quarter more. The company has hit a major cash flow issue and to continue, we will need to source for new funding.

Pirate3D first made headlines for reaching the $100,000 crowdfunding goal for their low-cost 3D printer in 10 minutes, before earning a total of $1.4 million with more than 3,500 backers.  Missing initial shipping dates, the company soon also disappointed its investors by backing off from initial promises of ABS support, telling me at CES in 2014 that the reasons were to ensure the health and safety of users.  Subsequently, the backlog of refund requests and and the inability to meet those requests caused outrage among the Kickstarter community.  Then, when news broke earlier this year that the startup had raised $2M SGD (about $1.4M USD), from private investors in Singapore and Germany, for R&D work into a pro-level 3D printer, our readers were in an uproar once again. 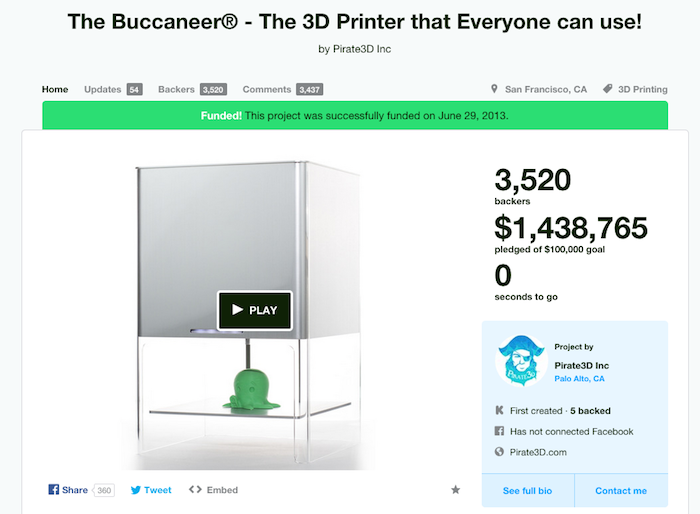 In his Kickstarter update, the CEO tries to address all of these issues, including the reasons for their inability to fulfill orders, what they’ve done with post-Kickstarter investment funds, and how they respond to claims that the founders of Pirate3D have taken the money and run.  The company has so far fulfilled less than half of their KS orders in two years, but claim that this can be chalked up to a combination of lack of experience on the part of the founders, making too many promises in their campaign, having “spent too much on R&D”. Goh writes:

With our current hardware architecture including an onboard processor, wifi modules and linear rails, costs to build these machines have exceeded what we collected for them.

Unlike newer Kickstarter projects which are allowed to charge for shipping after the campaign, we weren’t allowed to. As much as possible, we have tried to bear these costs. However, paying 600 USD each time for just shipping to South America and similar amounts to other places has proved to be too much a burden for the company. Along with handling international deliveries for warranty and repairs, which most Kickstarter projects don’t do (and now we know why), has led us to where we are now.

Goh emphasizes that he and his co-founders have not wasted away the funds provided to them, but, instead, have lost their own life savings on the project as well. “Some people believe that the founders of the company had taken the monies paid to us and disappeared off to enjoy it,” the CEO says. “On the contrary, all of us not only gave years of our time but have sacrificed our life savings and taken loans out for the company to continue operations. We just want to put this rumor to rest; you can question our competence but not our absolute commitment to this project.” 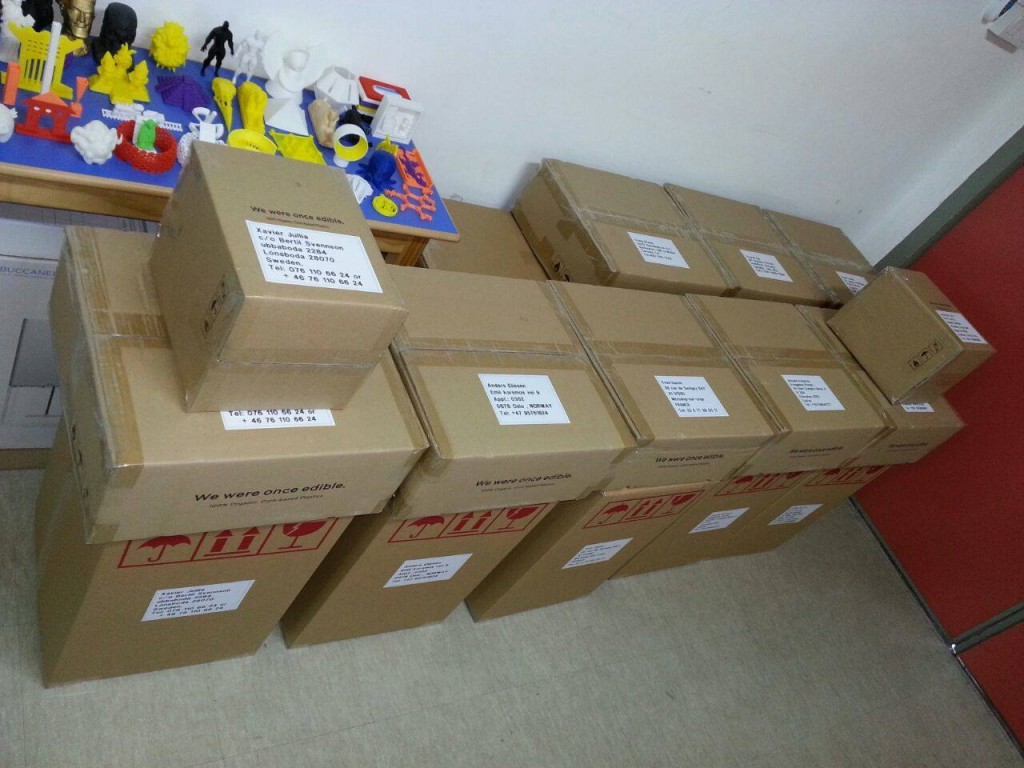 As for the investment announced earlier this year, Goh tells me in an email, “We use that for R&D, operational costs as well as for fulfillment of Kickstarter obligations.”  And, on Kickstarter, he explains that the investment capital they’re currently seeking is often provided with the caveat that it cannot be used to fulfill their crowdfunding rewards. “We are sourcing new rounds of investment to continue our work for this project. However, most of the investors we have spoken to want to place us under the covenant that the monies can only be used for working capital and not for fulfilling old obligations. Our backlog has to be cleared out of free cash flow (profits) which will not be for at least 1-2 quarters,” he says. “This did not surprise us and we find that it would be the wise thing to do, or the company will run into issues ever so frequently which will not be good for either the backers or the company. Between the two options of having the chance at fulfilling our obligations and closing the book now, we believe it’s a fair choice.” 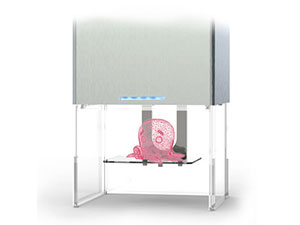 In order to fulfill the remaining orders, Pirate3D claims that, after laying off employees, they are trying to reduce the cost to build the machine. Goh tells me, “What we are saying here is that we need to build a sustainable company in order to support all of our customers and backers for fulfillment as well as the post sales period. In order to do this, we need to get back to basics and throw our technological burdens out the window (like I said, it was built by 3 fresh grads with no training in ID), build a better machine that performs better in specs as well as cost and then head back to fulfilling the backers.” The CEO adds, “Think Iron Man 2 when Tony Stark meets up with Nick Fury after the party and goes back to hardware mode to reinvent his situation.”

The lessons from this overly ambitious Kickstarter are abundant.  Earlier on in the 3D printing hype, the crowdfunding community took the project at face value, not completely familiar with the pitfalls of Kickstarter investments.  The project has since become the quintessential example of a suspicious crowdfunding campaign in the 3D printing industry.  If the words of Pirate3D can be believed, the founders of the company are also learning that launching a startup is not as easy as it looks and may have picked up a lesson or two in manufacturing.  For their part, they have at least, troubled as it may have been, maintained some communication with their backers.  And some of those who have received their units have enjoyed them.

Here, however, trusting backers of Pirate3D will wonder if the lessons learned by three recent graduates will really make up for their lost funds or if the backers should seek some sort of litigation, like investors in 3D Systems and Stratasys.  They may also wonder if the Pirate3D team will ever return from the drawing board to deliver their Buccaneers, or if they’ll make off like pirates.  In the case of these backers who have been waiting two years for “the 3D printer that everyone can use”, but only 40% can have, the pirate metaphor may be less adequate than that of Homer’s Odyssey, in which the Sirens sang their sweet song to the hero, strapped to the mast of his ship at sea:

Come this way, honored Odysseus, great glory of the Achaians, and stay your ship, so that you can listen here to our singing; for no one else has ever sailed past this place in his black ship until he has listened to the honey-sweet voice that issues from our lips; then goes on, well-pleased, knowing more than ever he did; for we know everything that the Argives and Trojans did and suffered in wide Troy through the gods’ despite. Over all the generous earth we know everything that happens.

Or, in modern terms, Goh concludes his Kickstarter message:

If you would like to speak to me about anything, you know where to get me. If you want to know where your printer is, you already have your answer. Thank you to everyone who has been ever so supportive of us and to the heartfelt messages of motivation that some have emailed to me. I hope my next message to you will be in much fairer seas and until then, take care and God bless.

Correction 10/15/2015: It was communicated to me by a reader, in the past, that the founder of MakiBox had run off with the money from his crowdfunding campaign, which I should have researched further before echoing that reader’s opinion.  You’ll see in the comments below that the founder, Jonathan Buford, has been working to fulfill the orders of his customers and is at least 60% of the way there. I apologize for the very big error!

Update 10/15/2015: In what might be interpreted as a strange marketing effort, 3D Hubs is now offering $25 in credit to Pirate3D backers to use on their distributed 3D printing network, saying, “Are you one of the 3,389 who pledged over $300 to receive a Pirate3D Buccaneer 3D printer but have been left without one? We feel for you. Through the rest of 2015, we’re offering Pirate3D backers $25 in 3D Hubs credit to give our service a try. Simply send us proof that you were one of the backers of Pirate3D to [email protected], and we’ll promptly send you a voucher.”