It’s been a big month for 3D printing, but, as far as I’m concerned, every month is a big one for my favorite technology.  As Rachel is away at the TCT Show this week, I’ll be filling in with an Editorial Round-Up for the month.  So, here goes! 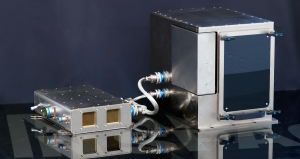 To me, one of the biggest events to take place in the industry and in human history was the successful delivery of the Made In Space Zero G Printer to the International Space Station.  After some weather delays, the machine was launched aboard the Dragon Capsule atop the Falcon 9 rocket from SpaceX on September 21 and arrived at the ISS on September 23, where it will soon begin experiments 3D printing a variety of objects in space.  The potential implications for the technology could make off-world manufacturing a reality!

Another 3D printing event made headlines across every media channel you can think of and, serendipitously, my wife/3DPI photographer & media manager, Danielle, and I had the opportunity to see it in person. Local Motors 3D printed and assembled a car live in front of an audience at the IMTS trade show in Chicago.  We got there just in time to witness the vehicle drive off in front of a mob of reporters, local and international.  Shortly after, Local Motors struck a deal with Autodesk to use the company’s Spark 3D printing software in future development of the project.  Further adding to Local Motors’ success, the open source auto start-up partnered with none other than GE to launch an open source appliance program at the University of Louisville with the help of 3D printing industry leader Stratasys. 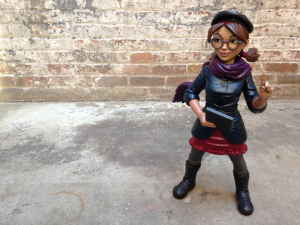 In a move that shook the desktop 3D printing community, Bre Pettis, founder and CEO of MakerBot, stepped down from his position with his once-small start-up in favor of a position with a new division of MakerBot’s parent company, Stratasys. Bre will now be a part of Stratasys’ Innovation Workshop, Bold Machines, where he will work with 3D printing artists and companies to develop unique products, such as the 3D printed star of a yet-to-be-made animated feature film.  Perhaps this new project was inspired by Bre’s small taste of Hollywood-fame as one of the stars of the 3D printing documentary Print the Legend, released last week.  Stratasys itself made some bold news, as it grabbed 3D printable content site GrabCAD in a historic acquisition.

Outside of your big 3D printing companies, a number of names outside of the industry made a few splashes this month, including competitors Costco and Walmart, with the former beginning a pilot program to sell RoBo 3D desktop 3D printers at a few stores in California and the latter launching a super hero-studded platform for 3D printing customers’ faces onto action figures at WalMart and Sam’s Club stores.  Also involved in this heroic partnership were Hasbro and Disney-owned Marvel Studios.  If super heroes aren’t your thing, Aardman Studios began selling 3D printable figures, like Wallace and Gromit, through Things3D.  3D printing was further embraced by mainstream names when UPS expanded its 3D printing in-store program and the BBC decided to air kids shows featuring the technology. 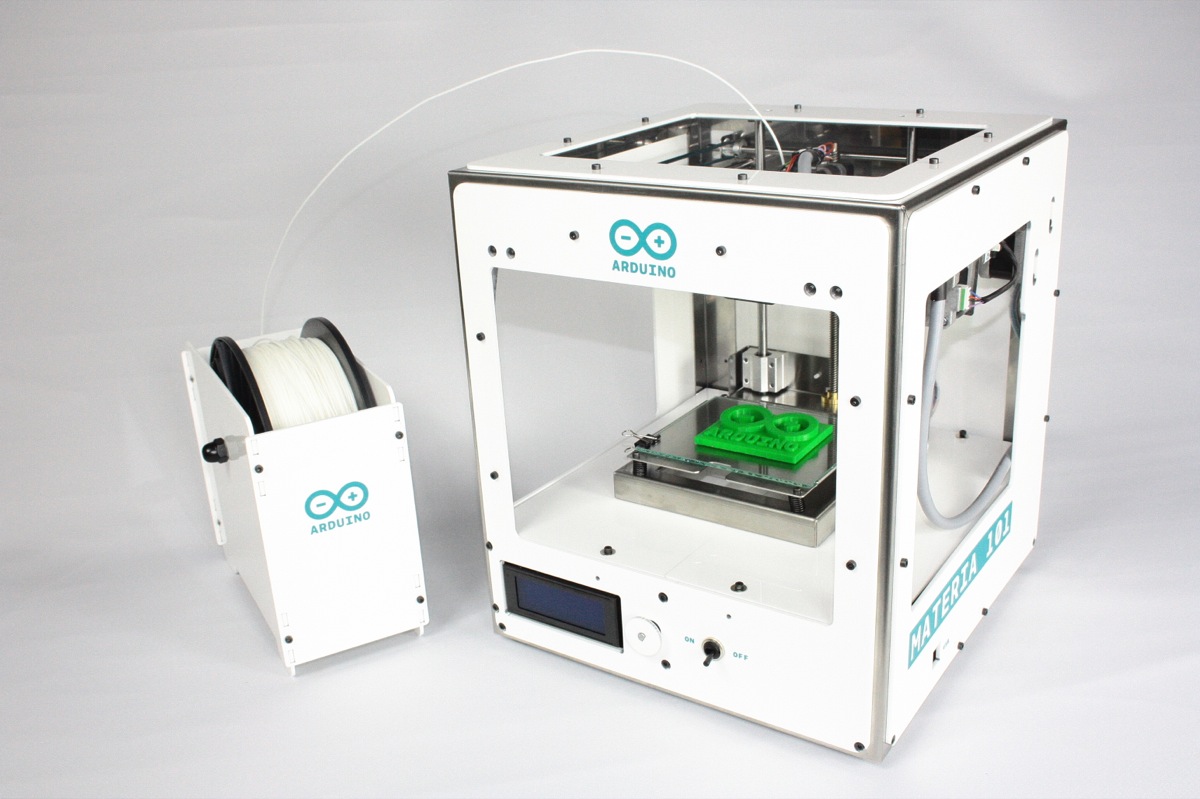 Some really surprising news made its way from Italy, too, with Davide reporting that Italian 3D printer manufacturer Sharebot had teamed up with Arduino to make a 3D printer.  As partially responsible for the current desktop 3D printer revolution, it really caught me off guard to see Arduino team up with a manufacturer to create its own line of desktop fabricators. Sharebot is shaping up to be a formidable start-up, having made a number of contributions to the space this year.  After building a low-cost SLS 3D printer in August, the company announced the release of a DLP 3D printer and a new FFF machine in September.  Then, they used their SLS printer to 3D print sugar, proving Sharebot to be quite an innovative bunch. 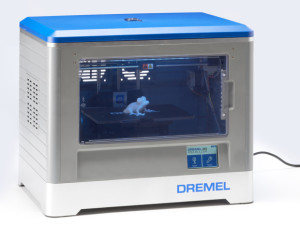 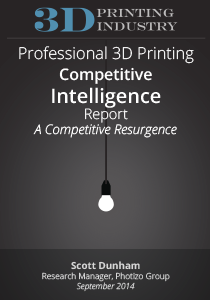 Speaking of debuts, Andrew Wheeler made his 3DPI debut.  Though I haven’t met him personally, he seems like a nice fella and a great writer.  With a creative writing degree from NYU and a deep understanding of 3D printing from life, he’s going to be a great addition to the team.

This month also saw the debut of 3DPI’s new series of industry reports, co-produced by leading research firm Photizo Group.  The first report in the series is “Professional 3D Printing Competitive Intelligence Report: A Competitive Resurgence”, written by the firm’s leading 3D printing expert and Research Manager, Scott Dunham, and edited by 3DPI’s Editor-In-Chief, Rachel Park. Be sure to check it out!