Over the past month we have been covering Italian 3D printer producer Sharebot quite a bit. Of course, I am somewhat partial as the company is based only a few minutes from where I live; but it is undeniable that they are doing some impressive things. This is fa small open source 3D printer producer that was founded less than two years ago, and the company has already grown into a serious contender for the global desktop 3D printer world with a portfolio of platforms using different 3D printing processes. 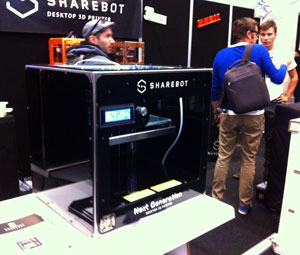 The latest step Sharebot has taken is to present the full range to the public. The range includes a functional low cost SLS machine, two new FDM systems (the XXL, with an 800 mm wide horizontal printing area, and Q, its third generation system), as well as the company’s latest revelation — its first Digital Light Projection (DLP) based system. If we factor in Sharebot’s new Sharebox, the first European built systems to wirelessly connect any 3D printer to a WiFi network for remote online control, the full house is served. 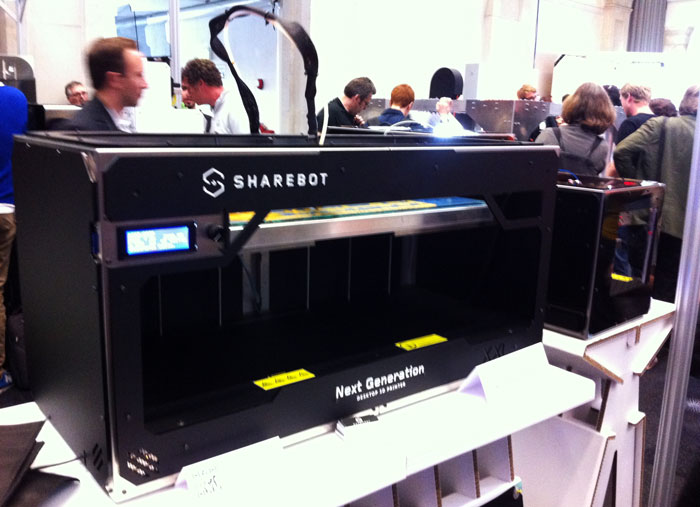 Voyager, that is the code name Sharebot R&D is using for its new DLP machine, will be the company’s first venture into the photoactive resin 3D printer market and, as it did for its SnowWhite SLS system, it is researching and developing its own materials to use with it. Not bad for a company that was founded as a bet for a small team of young entrepreneurs. 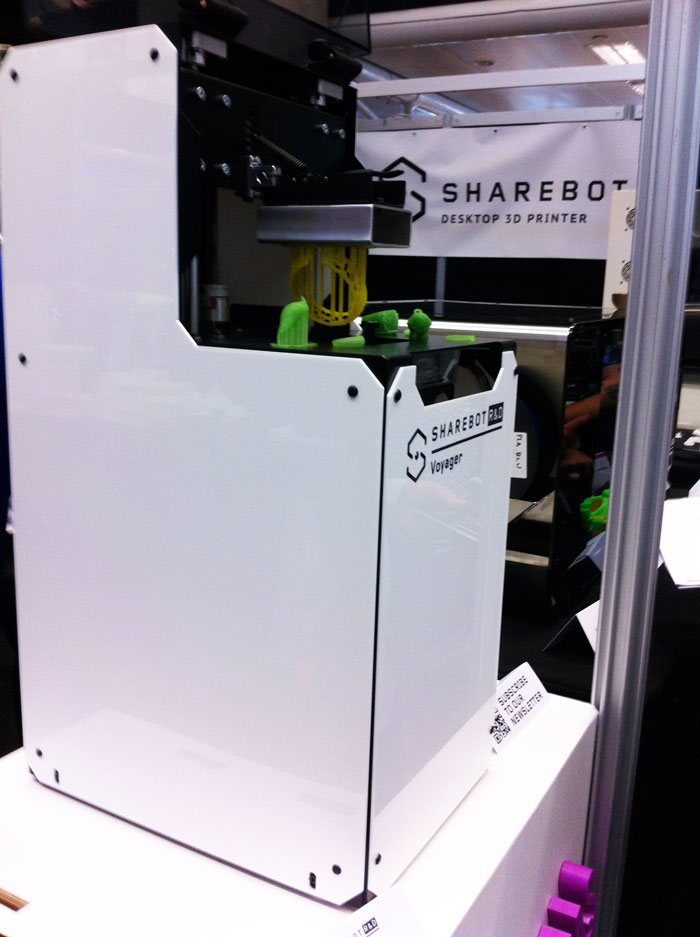 The DLP machine will likely be targeted mainly at the jewellery and basic dental sectors, offering a maximum print volume of 100 x 50 x 100 mm, with a 25 micron maximum resolution, Sharebot is also promising a higher speed compared to other similar systems on the market. The DLP scene is starting to get crowded, with Roland’s new announcement and a lot of other interesting low-cost projects on the way: whether demand will be truly high enough to support so many offers remains to be seen, just in case Sharebot will back its bet with two more technologies and five more 3D printer models.