Geography Matters — UPS Expands its 3DPaaS Across the US

Having first announced that it was introducing 3D printing as a service (3DPaaS) just over 13 months ago, The UPS Store went ahead and placed a 3D printer in six of its key locations. Over the course of the year, the company has seen tremendous uptake of said service, so much so that The UPS Store has now announced that it is rolling its 3DPaaS out to another 100 locations.

According to Daniel Remba, small business technology leader at The UPS Store, the experience gained over the last year has been invaluable as the company has learned much. This experience has built confidence together with strong market growth, most notably from small business customers but also consumers, and these are the primary drivers for UPS’ significant expansion across the US with 3DPaas. “Geography matters!” Daniel stated, underlying this as one of the key lessons learned. Indeed it does, in many respects, but providing local 3D print services is absolutely one of the key areas of growth for the technology — in terms of both awareness and uptake.

The expansion initiative has also seen The UPS Store designate this week as ‘3D Print Week’ and are inviting customers and potential customers to get involved on social media. A highlight of that will take place tonight when The UPS Store will host a Twitter chat together with its 3D printing OEM partner Stratasys. The Twitter chat is scheduled for 7–8 pm EST. (Don’t forget to use your hashtag! #3DPrintWeek.)

As the 3D printing partner of The UPS Store, Stratasys is supplying the company, notably with its uPrint SE Plus 3D printer platform. This is a system from Stratasys’ mid-range of fused deposition modeling (FDM) 3D printers, a professional grade of machine, which Daniel Remba sees as essential to the service that The UPS store offers, he said:“There are significant differences between home 3D printers and professional 3D printers. Many of the challenging and time consuming steps used to prepare a simpler printer are fully automated on the uPrint SE Plus, leading to added precision and reliability, higher print quality and a success rate that is unmatched by a home printer.”

This is a valid point. In my opinion local, high quality, fast and reliable 3D printing, on demand, will do more to further the cause of 3D printing at the consumer / small business level, than selling high volumes of consumer machines that invariably leads to frustration and disappointment in the technology. That said, in terms of future expansion, The UPS Store must surely consider broadening the processes that it offers. 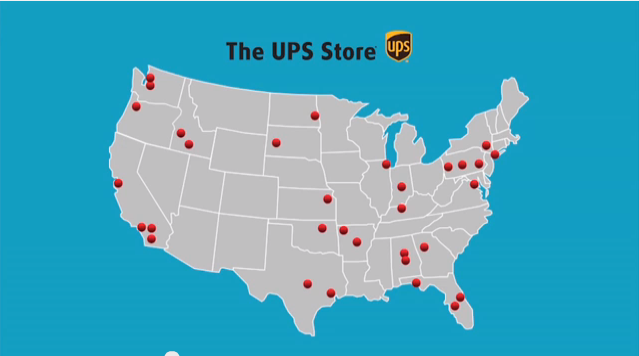 A complete list of US locations where The UPS Store offers 3DPaaS can be found here.