3D Printing and its Potential Impact on Industrial Real Estate

As 3D printing, as an industry, is growing — never mind the actual speed of that curve — so are the more or less incidental products and services wanting to get a share of that potential, which could in the future translate to the right side of their balance sheets. One of these sectors is naturally the consulting/research business, especially regarding the ones focusing on predictive market analysis.

However, even though the number of different reports and analysis on the 3D printing industry are increasing, the quality doesn’t always correlate with the sheer quantitative figures. Many written conclusions have lacked any real insights and merely just concentrated on (re)finding the key industry sectors that could benefit from 3D printing, mapped out the general differences and impacts on traditional manufacturing and logistics and estimated the growth and market value figures possible in the future. That’s not to say there aren’t already excellent and insightful reports available and on par quality should of course be expected more and more as the market is slowly maturing – and that’s definitely the case with today’s new report from one of the biggest in its field – Jones Lang LaSalle.

The study is a comprehensive one and takes a look at the whole industry, but the key conclusions are written from a slightly different perspective compared with some of the reports we’ve seen so far. The larger context of the story is the widely noted potential effect of 3D printing in bringing back almost forgotten parts of the manufacturing chain – that is basically the actual manufacturing – to the US and European countries, but to me, the sort of sub-angle of 3D printing potentially impacting real estate in new ways is something that I haven’t honestly really even thought about, except for the obvious 3DP shops, maker spaces and other mostly individually-run micro scale operations.

Thankfully, Jon Sleeman, a director of EMEA logistics and industrial research at Jones Lang LaSalle, has dug through the data and sub-analysis and explains the company’s prediction from this angle: “3D printing will change the nature of factories in certain industries. Instead of large bespoke factories, it will create demand for more standard small and medium sized buildings, which companies would be more likely to lease than own. As a result, this will open up opportunities for developers and investors.”  This can also be backed up be Jones Lang LaSalle’s view on how manufacturing impacts the overall processes of a company and the surrounding industry: “The evolution of manufacturing is driving demand for a range of real estate across the value chain, including R&D facilities, which are often co-located with production, and logistics facilities which support manufacturing. According to Jones Lang LaSalle, over the past five years (2008-2012) manufacturing companies directly accounted for 16% of the total take-up of logistics real estate across 11 major European countries, highlighting the significance of manufacturing as a source of logistics property demand,” Sleeman states. 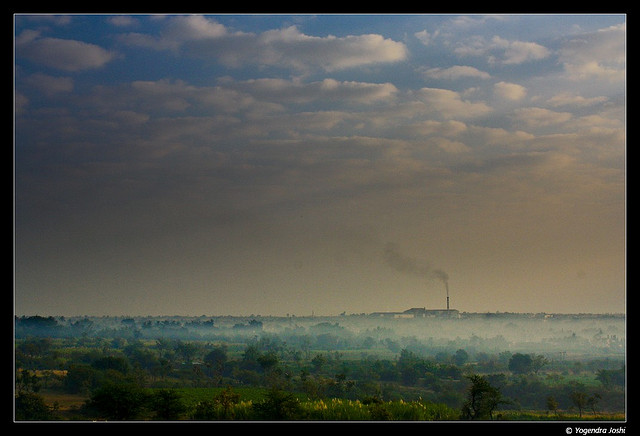 Another bullet point the report gives to aspiring 3D printing investors is the paradigm shift in the off-shoring trend, which the analysis sees slowing down, in practice meaning companies – even manufacturing ones – returning their core operations to their HQ areas i.e. mainly the US and European countries. The report states that this shift in the fundamental operational strategies is mainly due to understanding the hidden costs involved in off-shoring operations caused by longer time to meet relevant customer demands and needs and the weaker management of the entire supply chain. Basically from an investor’s point of view the message to be understood from this is clear:  “Developers and investors, whose industrial real estate focus has mainly been on logistics, should also consider the opportunities generated by manufacturing especially in strong cluster locations,” says Paul Betts from EMEA logistics and industrial unit.