3D printing at International CES 2015 was big, reflecting the technology’s transition from a purely industrial and Maker tool to something for consumers, too.  The 3D Printing Marketplace doubled its footprint with more than 30  companies sharing their 3D printing, scanning, and modeling wares with more than 160k attendees.  And with the enlargement of the 3D Printing Marketplace came the enlargement of the 3D printer companies themselves, as well as the industry as a whole.   So, in case you didn’t keep up with all of the happs regarding 3D printer manufacturers new and old at CES 2015, here are ten of the big developments from the event, in no particular order.

At this point, the 3Doodler has proven itself as a tool capable of creating huge, elaborate objects, from robots to quadcopters.  This year, a svelte, more affordable 3Doodler was released with a price tag of just $50.  The new version is 75% the size and 50% the weight of its predecessor, weighing only 50 grams.  It’s also got two speeds, for fast doodling and careful drawing.  The announcement has been accompanied by new accessories, as well as a new flexible filament, with which 3Doodler co-founder Maxwell Bogue drew a complete jacket.

At CES this year, Leapfrog continued to establish itself as a premier manufacturer of desktop 3D printers.  The Dutch company was able to get its printers in Ingram Micro stores, giving it just one more retail channel in Europe.  Leapfrog also kicked off a new 3D printing software powered by 3D printing service provider and software developer, Materialise. With a proven, 20-year track record, Materialise is sure to give Leapfrog a big boost.

The consumer 3D printing industry is maturing rapidly, as the printer manufacturers of yesteryear fill in the niches of their portfolios and as new manufacturers learn from those that came before them.  Taking a cue from MakerBot at last year’s CES, 3D printer manufacturers have begun expanding their printer line to include small machines for budget-conscious buyers and large machines for professional use. Ultimaker most notably launched the Ultimaker2 Extended and Ultimaker2 Mini to broaden their brand. 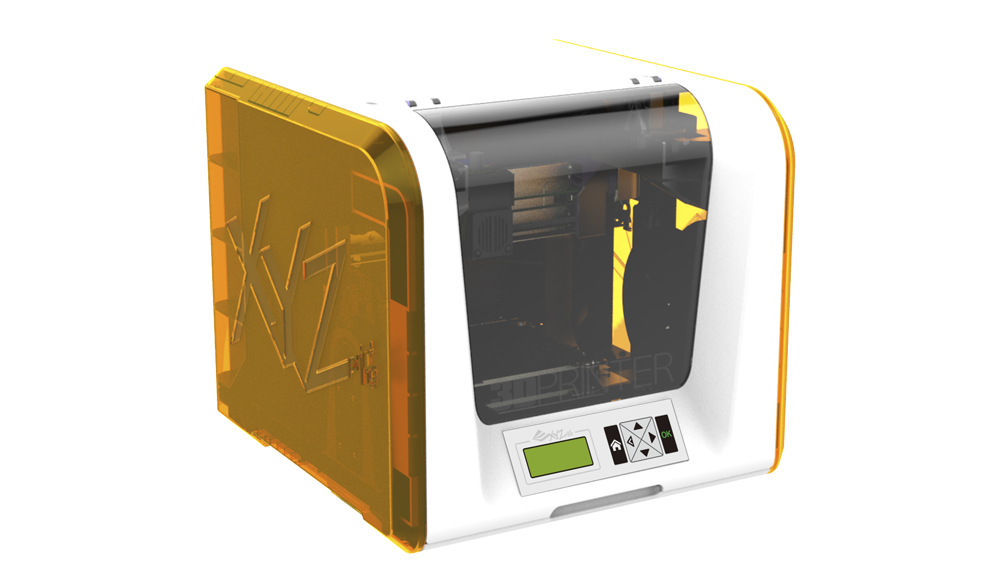 The Nobel 1.0, capable of printing layer thicknesses as fine as 25 microns, has a build volume of 5 x 5 x 7.9 inches, will be priced around $1,500, and will be available in the fall. Lest we not forget XYZprinting’s food printing technology, news so delicious that it has to be savored in a separate post.

Airwolf 3D, too, continued to expand its line with the AW3D HD-R, a wi-fi capable, dual-headed 3D printer that can be controlled online or via smartphone app. The HD-R, with a build volume of 11”x8”x12”, can be equipped with a camera for monitoring prints. Airwolf also partnered with 3DaGoGo to offer an upgrade kit, based on Astroprint, for current Airwolf users to make their machines wi-fi capable. The Airwolf booth was, this year, accompanied by a – borderline offensive – “materials girl”, a “booth babe” wearing a dress made from filaments compatible with Airwolf’s printers. 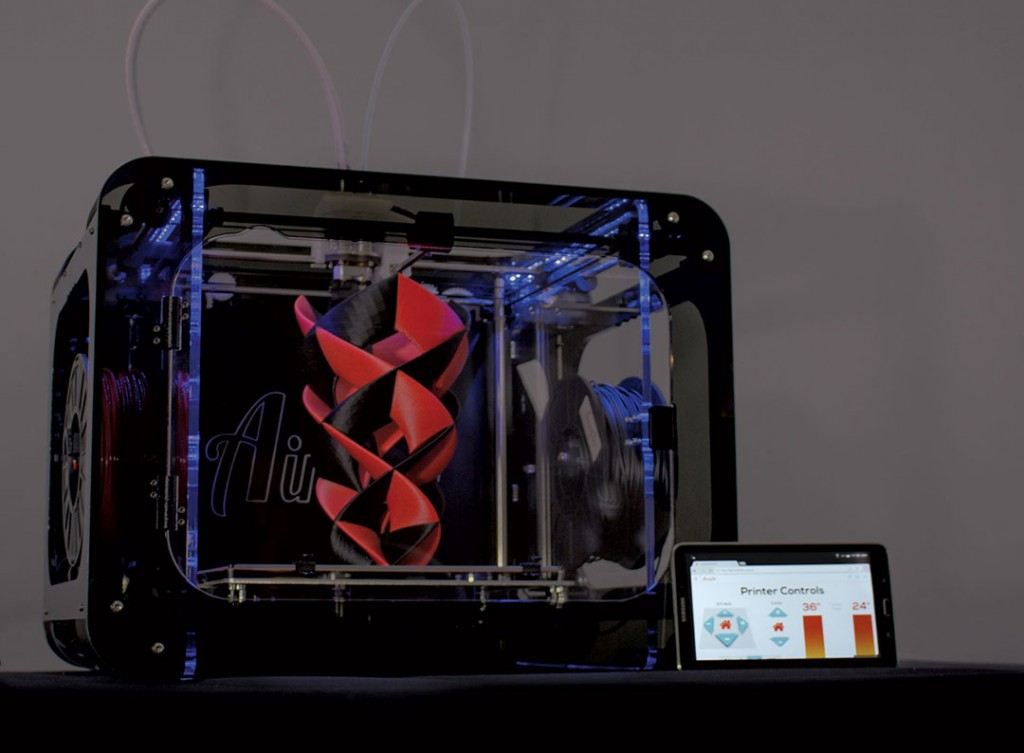 FSL3D launched at CES last year with an SLA 3D printer that was both larger and more affordable (for Kickstarter backers) than the Form1 from Formlabs.  This year, the startup announced that they are working on a new line of DLP 3D printers,  The Phoenix Touch 1080 DLP uses a 1080 DLP projector to produce prints with 50 micron XY resolution up to 96mm x 54mm x 100mm in size.  The Phoenix Touch Pro UV LED DLP produces prints up to 64mm x 40mm x 100mm with a UV LED bulb.  The Phoenix Professional line is set to be officially launched this quarter, with shipment to take place in the spring.

New entrants to the field, like NEA 3D, have sought to keep up with the current pace of the desktop 3D printing industry from the onset.  NEA, which unveiled its family of 3D printers at CES, is hoping to fund its small, medium, and large 3D printers via crowdfunding campaign in the near future.  Aside from their great looking design, the printers are reasonably priced, modular, wi-fi connectable, and feature auto-bed leveling and vibration dampening. 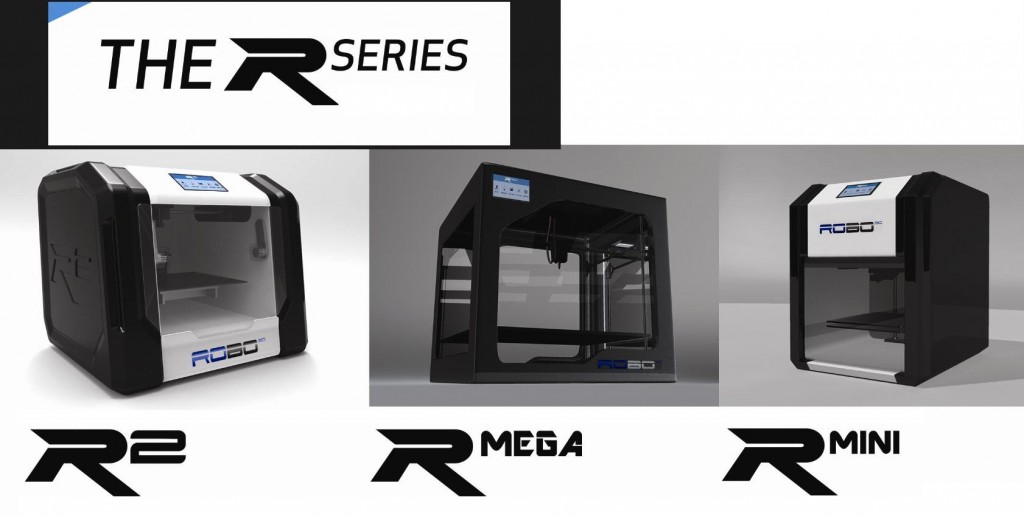 Partnering with ROBO 3D this year was a small start-up, previously covered on 3DPI, called Spectrom.  Founded by two University of Wisconsin graduates, Spectrom has developed an extruder-head that dyes transparent filament as a print is being made, to create layers of distinctly different colors.

Speaking of gradually shifting from one color to the next: at CES this year, 3D Systems announced the acquisition of botObjects, which caused a good deal of controversy for its “full color” 3D printing technology.  With this acquisition, 3D Systems will be releasing the CubePro® C 3D printer, capable of blending CMYKW filaments into any number of colors.  It’s difficult to say if 3DS will address the inability of the botObjects machine to spot color while printing, but, from the looks of their PR photos so far, the CubePro C will also only change colors gradually, instead of discretely.

News of the full-color CubePro C reminded me of 3DS’ CubeJet, the full-color, consumer 3D printer that was meant to be released last year for under $5k.  There is still no official news about the CubeJet, but, just now, I did come across this pretty promo video. Is a release announcement imminent? Let’s hope so!

Next year, we’ll see even more printers from even more companies, new features and new faces.  Acquisitions? Sure! Accusations? Maybe.  But, now, I say, we must move forward, not backward, upward not forward, and always twirling, twirling, twirling towards freedom. And, as for our top ten list, Porky Pig might say: