We are bombarded with information about3D printing. New printers, novel printing materials and applications abound. What is lost in this flood of information is an important aspect of additive manufacturing: the added value that this technique brings and makes it so powerful. Due to this value, 3D printing creates new possibilities going far beyond cheaper manufacturing; it will contribute to massive social change.

Let us look at some examples of such possibilities in:

A. manufacturing a single run of objects impossible to produce by any other method:

1. highly complicated shapes. The ultimate example of practical importance here is presented by fuel nozzles for aircraft engines 3D printed in cooperation by GE and Snecma (SAFRAN). The process has allowed these companies to reduce the number of constituent parts of a highly complex jet engine nozzle shape from 18 to 1. This manufacturing method eliminates the need to assemble the final parts and is expected to reduce the cost of manufacturing nozzles by 75%. Incidentally, in May 2015, an Airbus A350 XWB plane contained more than one thousand 3D printed parts.

2. movable parts. 3D printing allows one to manufacture objects with movable parts. Probably, the most frequently shown example of this kind is a model of an old astrolabe instrument earlier used by astronomers and navigators (Fig. 1) since antiquity up until Renaissance. Another example is this object made up of three interlocked rings (known as a “link” in mathematics and as a “catenane” in chemistry) whose printing can be seen on YouTube or gears that can be of practical use.

3. hollow parts. Hollowing large objects saves money because filling the model’s interior with expensive material is pointless. As a result, this leads to lighter airplane, helicopter, and spacecraft parts that, in addition to consuming less materials, will use less fuel and excrete less exhaust gases. Sometimes instead of simply hollowing a part, the void is filled with a mesh that contributes to an increase in stability and durability.

B. Medicine is an area in which 3D printing has brought profound changes, thanks to the added value the technology offers:

1. One of the most outstanding features is personalization, which allows 3D printed surgical instruments to be made for special purposes, such operations on babies or fetuses or making inexpensive surgical instruments by replacing traditionally used stainless steel with plastic. Another example consists in providing various kinds of personalized implants built of titanium or plastic (PEEK, Peck or CT bone® material containing the main ingredient of natural bones, calcium phosphate) or vascular grafts.

2. The possibility of rehearsing a surgery before its execution helps surgeons to prepare for operations.

3. The greatest impact of 3D printing in medicine is probably in the production of prosthetics. Two aspects have to be mentioned here: aesthetics and price. The first, less important, refers to the prostheses appearance.

At the 3D Printshow in Berlin, Joel Gibbard, founder of Open Bionics, said that, before going into the hand prostheses business, he surveyed amputees to find out what kind of prosthesis they’d like. In addition to obvious answers that it should be light and comfortable to operate, he got an amazing reply. For young amputees, a prosthesis should not imitate a human hand, but should be like a Star Wars gadget with a flashing light. According to Samiya Parvez, from Andiamo, “you can either hide it (corset, HD) below a dress or proudly wear it decorated with gems.” This is a total change in attitude most probably related not only to changes of taste, but also to a dramatic drop in the prices of prostheses brought about by 3D printing.

3D printing contributed in a spectacular way to lowering price of prostheses, hand prostheses in particular. One of the best known stories is that of Easton LaChappelle (You can watch his presentation at TEDxMilesHigh conference). At seventeen-years-old, LaChapelle learned that the parents of a 7-year-old girl could not afford a new $80,000 prosthesis to replace the one she outgrew. He then designed and made, mainly with 3D printing, a mind-controlled fully functional prosthesis for less than $500. The best price for the 3D printed prosthesis I have heard of is $50.

Such inexpensive devices have improved the lives of numerous victims of landmines, other amputees, or people born with limb defects. There are even free DIY projects (that of Easton LaChapelle and those developed by others like the diy-bionic-hand, Voice-Controlled-Prosthetic-Hand-Forearm, low-cost-flexy-hand-3d-printed-prosthetic) and special funds that collect money and manufacture prostheses for the victims of landmines in Asia and Africa (Fig. 3), and other amputees helpinghandsprogram, artificial-limbs, 3d-printed-prosthetics. Nowadays, there’s talk of decentralized medical technology in which 3D printing plays an essential role.

4. Cell 3D printing. Printing with cells as an ‘ink’ is at present in its infancy, but it is expected to bring huge advantages in the future. 3D printed skin will be used for grafting on burn victims.. Researchers at The Wake Forest School of Medicine constructed a special printer with a scanner that determines the size and depth of a wound and guides the printer to cover the wound with the correct type of cells. Another program started recently by L’Oreal in collaboration with the Organovo aims at producing artificial skin for cosmetics testing. Organovo designs and creates structurally and functionally accurate bioprinted human tissue models to be used, for instance, in drug and hazardous materials testing. Their exVive3DTM Human Liver Tissue has been approved by the American Food and Drug Administration for drug testing.

Of course, in the long run, 3D printing of cells is expected to contribute to regenerative medicine and limit or even eliminate the need for organ transplants from donors.

Somewhat different in terms of operation, but based on similar ideas, is the BioPen which allows surgeons to speed up the regeneration of bone or cartilage by “drawing” live cells and growth factors directly onto the site of an injury. The essential part of the ‘ink”, in this case, is cellular material inside a seaweed extract (alginate) protected by a second, outer layer of gel material. Its action can be augmented by growth factors or other drugs to assist bones regrowth and recovery.

3D printing is, by definition, an ecological way of manufacturing, since it creates much less (theoretically no) waste, contrary to subtractive methods of production in which an unnecessary excess of material is removed until only the desired shape remains. Sustainability is also achieved by the recycling of used material. Special programs geared towards applying 3D printing to overcome disastrous catastrophes, like the revival of coral reefs, have to be mentioned here, as well. The environmental impact of 3D printing is a much discussed topic,including in the article “Are 3D printers environmentally friendly?”and other places.

One can name numerous examples of the applications of 3D printing with added value. Creativity in the development of this method of manufacturing and in finding novel, almost unimaginable applications, is, probably, the most important of them. Applying 3D printing to reproduce necessary spare parts instead of keeping a warehouse stocked up for every possible disaster will make warehousing obsolete. At present, I do not know how apple, blueberry, grape, or strawberry scented flavour filaments could be used, but they certainly will find their nontrivial applications. I am not partisan to hydroponic agriculture, but 3D printable hydroponics systems for urban farming are impressive. And, if you like sweets, you can find 3D printers that make delicious and beautiful ones using sugar, chocolate, or Nutella (Fig. 4). Alternatively, 3D printing can help to convert alternative ingredients such as proteins from algae, beet leaves, or insects into tasty products counteracting food shortages in future. There is no end to the flood of exciting, creative ideas made possible with 3D printing.

The most obvious creative ideas seen with 3D printing is in the field of art. Let’s leave aside copying museum artifacts and other objects. But having even a brief look into fascinating objects created by Dizingof (Fig. 5) or Widrig will convince you that there’s no denying their artistry?

Today, industrial 3D printing is shifting from prototyping and rapid tooling to mainstream manufacturing adopted by GE, Airbus, aerospace, automotive, consumers goods and other industries. However, using 3D printers that could work 24 hours a day, 7 days a week and replacing the human workforce could certainly create social tensions. On the other hand, the introduction of massive consumer printing is delayed. It is expected to come in over  5 years. But it will come and more and more 3D printers in schools and private houses will change design, manufacturing, business and  life as a whole. Even today, one can repair a malfunctioning device by 3D printing a broken spare part (files for printing the replacement can be taken from Thingiverse or other similar websites), be it for a Mercedes or Subaru or a pipe in your house. One can print a wind turbine to produce his/her own electricity and become a prosumer, since s/he will not only produce energy for themselves but also be able to sell excess energy. One can 3D print his/her own jewellery or robot or print an edible dinosaur treat filled with mashed potatoes (or even that most hated spinach) to be eaten with kids instead of unhealthy french fries. Due to the added value of 3D printing, there really are no limits to our creativity. 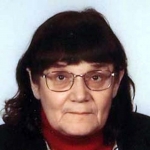 Prof. Helena Dodziuk is a scientist and a passionate popularizer of science writing in Polish (mostly) and English. Her work can be read at Fizyka dla każdego and Krajowy Fundusz na rzecz Dzieci. In addition to her fascination with 3D printing, she loves languages, travel, and hiking.