At the end of last year, Made In Space made what was a huge achievement for 3D printing in space by sending their Zero G 3D printer, capable of 3D printing without gravity, to the International Space Station.  There, it has 3D printed numerous components, including a now famous wrench and twenty-three other prints that have since returned to Earth for lab analysis.  The ability to 3D print without gravity restraints will allow those aboard the ISS to 3D print tools and parts using raw material, preventing the need for direct shipments of such objects from Earth.  This ability is an exciting one, but the true goal of NASA and Made In Space has been to 3D print in vacuum of space itself.  Today, Made In Space has announced that such a feat has now been proven possible through a series of tests performed here on Earth.

Made In Space has been working on a commercial 3D printing lab that will be flown to the ISS later this year.  Dubbed the Additive Manufacturing Facility (AMF), this platform was outfitted with the firm’s proprietary “vacuum-compatible extrusion heads”. Over the course of the last month, the space-focused startup has been performing a round of tests on this next generation 3D printing system to demonstrate the ability to 3D print in the vacuum of space – an image of which is posted below.  And, so far, so good, as Made In Space was able to 3D print a number of specimens from aerospace-grade plastics that will now be analyzed in terms of their mechanical properties, which will be compared to the same parts made in the Earth’s atmosphere. 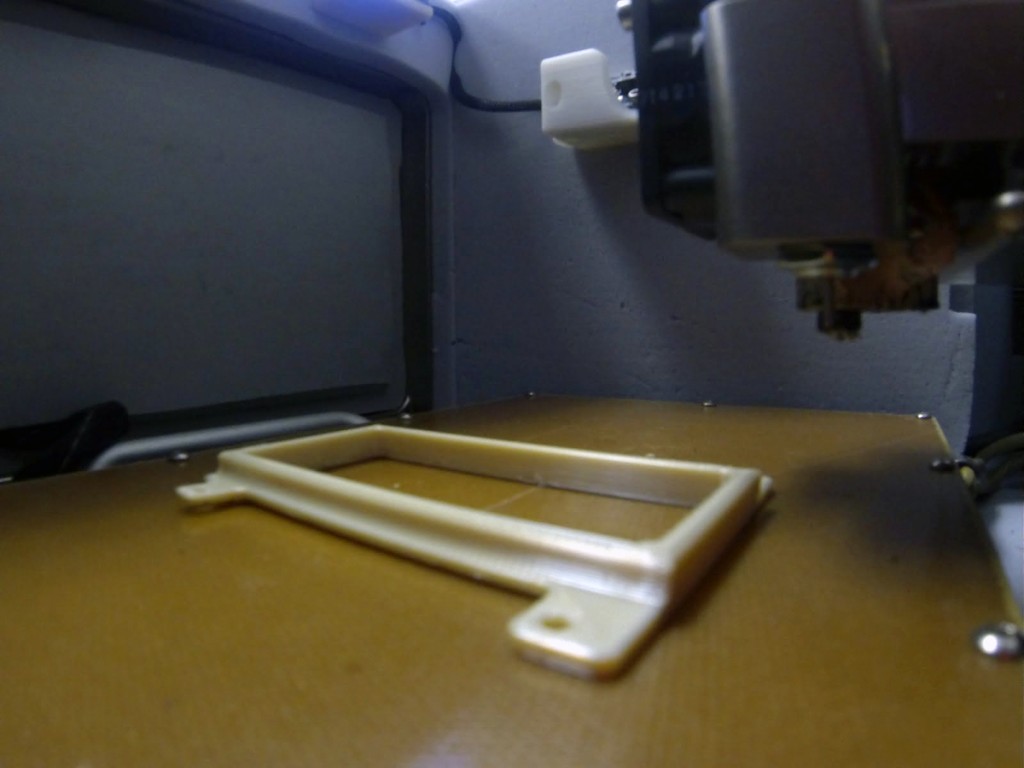 Mike Snyder, Chief Engineer at Made In Space, says of the astounding accomplishment, “We believe we are as little as 18 months away from incorporating the current designs into on-orbit tests.” He continued, “These preliminary tests, combined with our experience with microgravity additive manufacturing, show that the direct manufacturing of structures in space is possible using Made In Space developed technologies. Soon, structures will be produced in space that are much larger than what could currently fit into a launch fairing, designed for microgravity rather than launch survivability. Complete structural optimization is now possible in space.”

With the ability to 3D print in space, humanity will be able to fabricate objects that are too large to launch due to size and weight restrictions.  For instance, NASA’s SpiderFab project intends to 3D print the underlying structures for such objects as antennas and solar panels.  Not only can these objects be larger than those currently being folded up and flown aboard rockets, but they can have optimized geometries to be more effective.  While an antenna could improve communication, an optimally designed, large-scale solar array could power spacecraft, robots, drones, and more.  And, though such projects as mining asteroids with solar-powered drones might seem like science fiction, the news that Made In Space plans to send their AMF to the ISS later this year implies that science fact could be realized in the very near future.