Sweden’s Sandvik AB (SAND) has been around since 1862, growing to encompass 47,000 employees across 130 countries as the world’s biggest producer of metal-cutting tools.  The company continues to keep pace with new technology and, to ensure that it can capture the 3D printing market, Sandvik is opening a new 3D printing research and development center in Sandviken, Sweden.

Sandvik is in the process of hiring a team for the center, which will coalesce all of the company’s 3D initiatives under one roof and explore the possibility of producing a wide array of items, including drill rigs for mining and fuel tubes for nuclear power plants. Mikael Schuisky, operations manager for additive manufacturing at Sandvik, tells Bloomberg, “We’re taking this to another level. We’re making a focused strategic push to research this for the benefit of the entire group.” 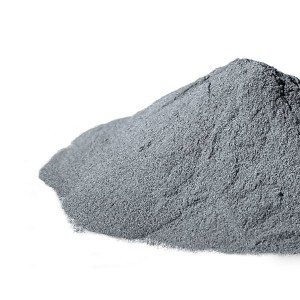 As is the case with industrial 3D printing across all fields, the technology will not yet replace traditional manufacturing at the company.  Instead, it’s likely to be used for creating complex components or, as Schuisky suggests, parts made from expensive materials.  He continues, “What is attractive about 3-D is the new way of thinking. We are used to thinking that objects are processed out of a material. We need to start thinking about starting from a blank canvas.’’

Additionally, the Swedish company already produces metal powders for industrial 3D printing through its brand Osprey.  According to both MarketsandMarkets and IDTechEx, the 3D printing materials market is going to grow substantially in the coming five, ten, and fifteen years.  M&M projects that, in the next five years, the materials market will surpass $1 billion, while IDTechEx’s prediction is $8.3 billion by 2025.  Much of this market growth, though, is driven by plastics over metals.  Nevertheless, Sandvik’s R&D center can only help the Swedish company and drive the industry further.