If mass produced goods defined the 20th century, customized goods will probably define the 21st. 3D printing has already changed those definitions for products such as hearing aids, prostheses, shoes, jewellery, accessories, and much more. 3D printing materials and technologies are now capable of manufacturing durable end-products that can be customized and made on-demand. An emerging sector that has begun to take advantage of this is watchmaking. Horology (the art or science of measuring time) companies are sitting up and taking notice, as 3D printing opens up new avenues in the age old industry of watchmaking.

The first 3D printed watch cases were made by Hotproff Ltd, a London-based company, founded by British physicist Richard Hotproff, that is committed to using the latest technologies to create “ingenious, highly original timepieces that were previously though impossible.” The company, also famous for building the first atomic pocket watch, have their watch cases laser sintered in gold and steel. rvnDSGN has done similar work, except their watch cases are 3D printed in titanium. Then, there’s A.L.B, a French watch brand that was among the first to use 3D printing to create unique limited edition watch dials that resemble small paintings. One of their dial designs is modeled to depict the landscape near Toulouse, where the company is based. There are similar efforts on Indiegogo, with Jelwek Watch pioneering a 3D printed wrist watch made in wood-like material, and Kickstarter, with OneDegree 3D printing wristwatch dials with cityscape designs, and Zayger which blends traditional techniques with the 3D printing of metal cases, crowns or buckles to make unique watches. Apple got into the act too, with the 3D printed case design for the Apple II Watch that is inspired by the 8-bit Apple computer they sold in the seventies.

It has to be said that so far, 3D printing has largely been used to customize the external parts of the watch, like the case, dial, strap etc., and not to make the watch entirely. 3D printing still cannot accurately and feasibly produce the intricate mechanical parts or batteries needed for a functional watch. Yet some have tried to see how much of a watch 3D printing can make. Mathew ‘Rick’ Shaw made an Instructable to entirely (except for parts like the springs) 3D print a functional but basic pocket watch. Nicholas Manusos printed a scaled up version of a working tourbillon (an 18th century watch design that negates the effects of gravity on the timepiece) in brightly colored plastic that effectively demonstrates the functionality possible when 3D printing a watch.

The way forward for watchmaking seems to be to use the right combination of traditionally-made, mass-produced parts for the core of the watch and 3D printed customized parts for everything else. TENVAS, a Singapore-based company founded in 2014 is doing just that with their recent Indiegogo campaign. Their business model is similar to previous efforts, like that of Normal with their custom 3D printed earbuds, as well as the fashion Zub 40 watch collection made by NOOKA and 3D Systems. TENVAS allows you to customize the pattern, text or colour on a 3D printed watch strap. 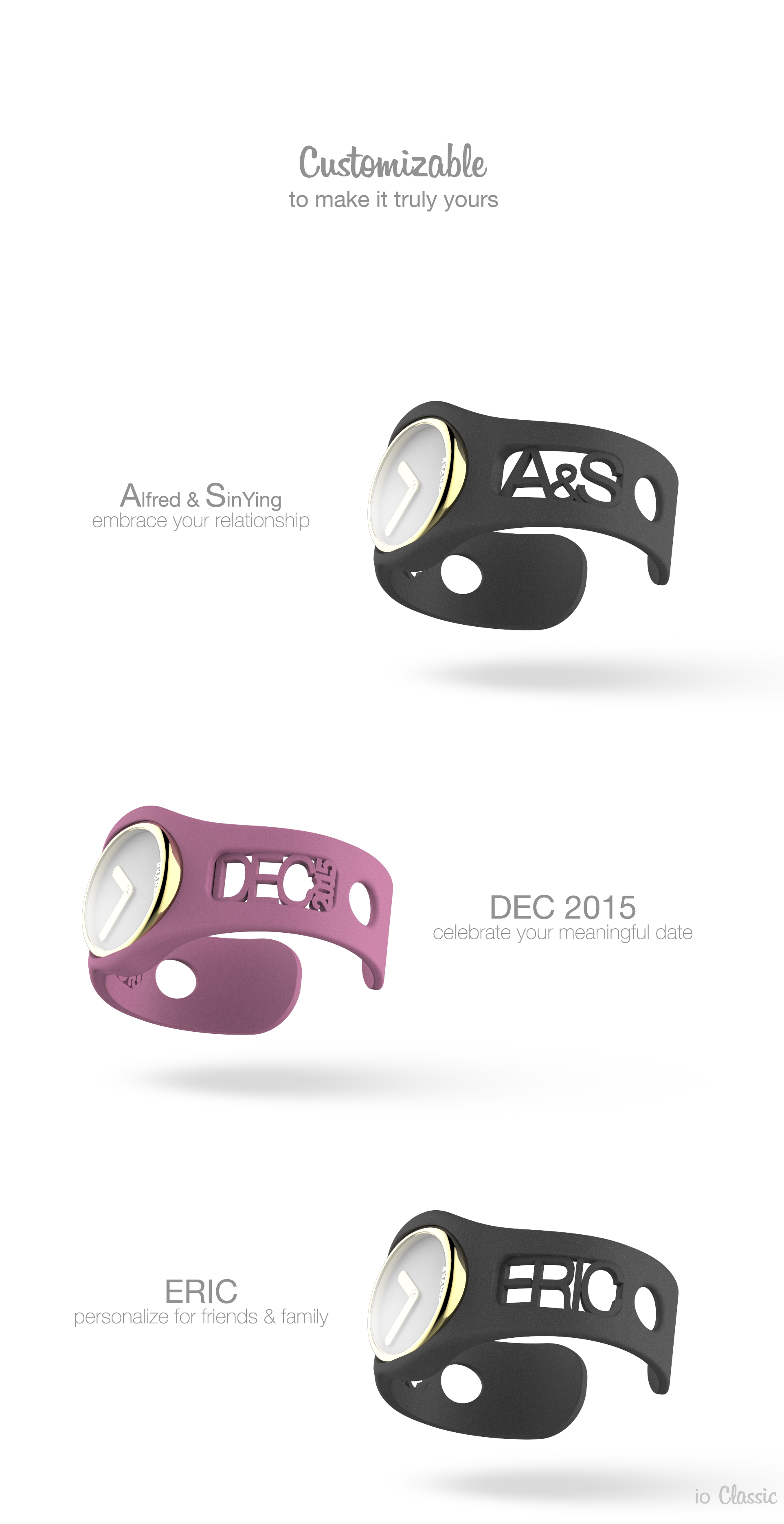 More importantly, the strap is customized to specifically fit your wrist. 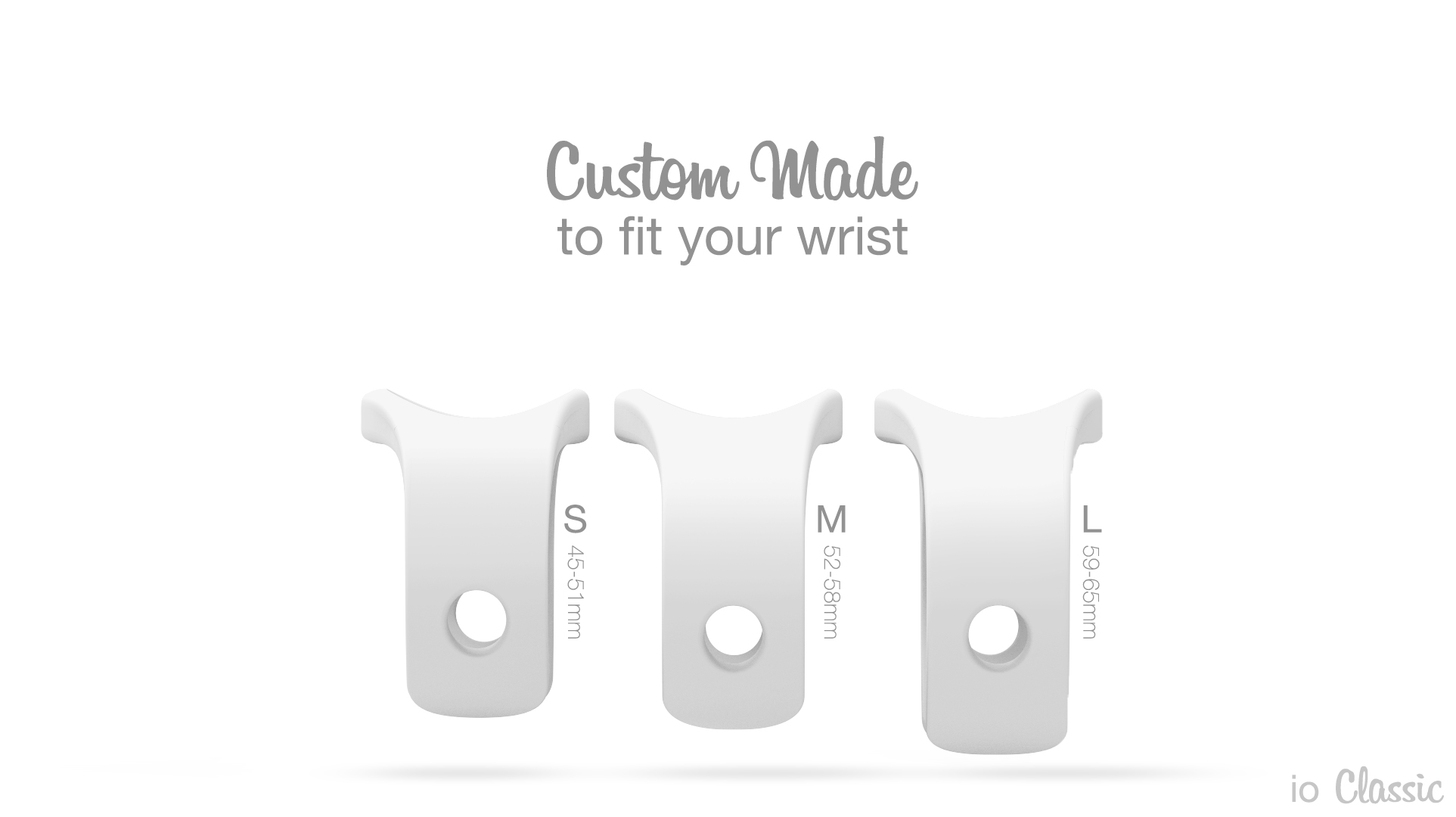 The watch itself is a mass-produced quartz driven timepiece made by Japan’s Miyota.  It’s water resistant up to 30 metres ,while the 3D printed strap retains its color even on prolonged exposure to water. The strap itself is laser sintered in nylon plastic and their basic version, the $49 IO Classic (early bird) is available in six colors. 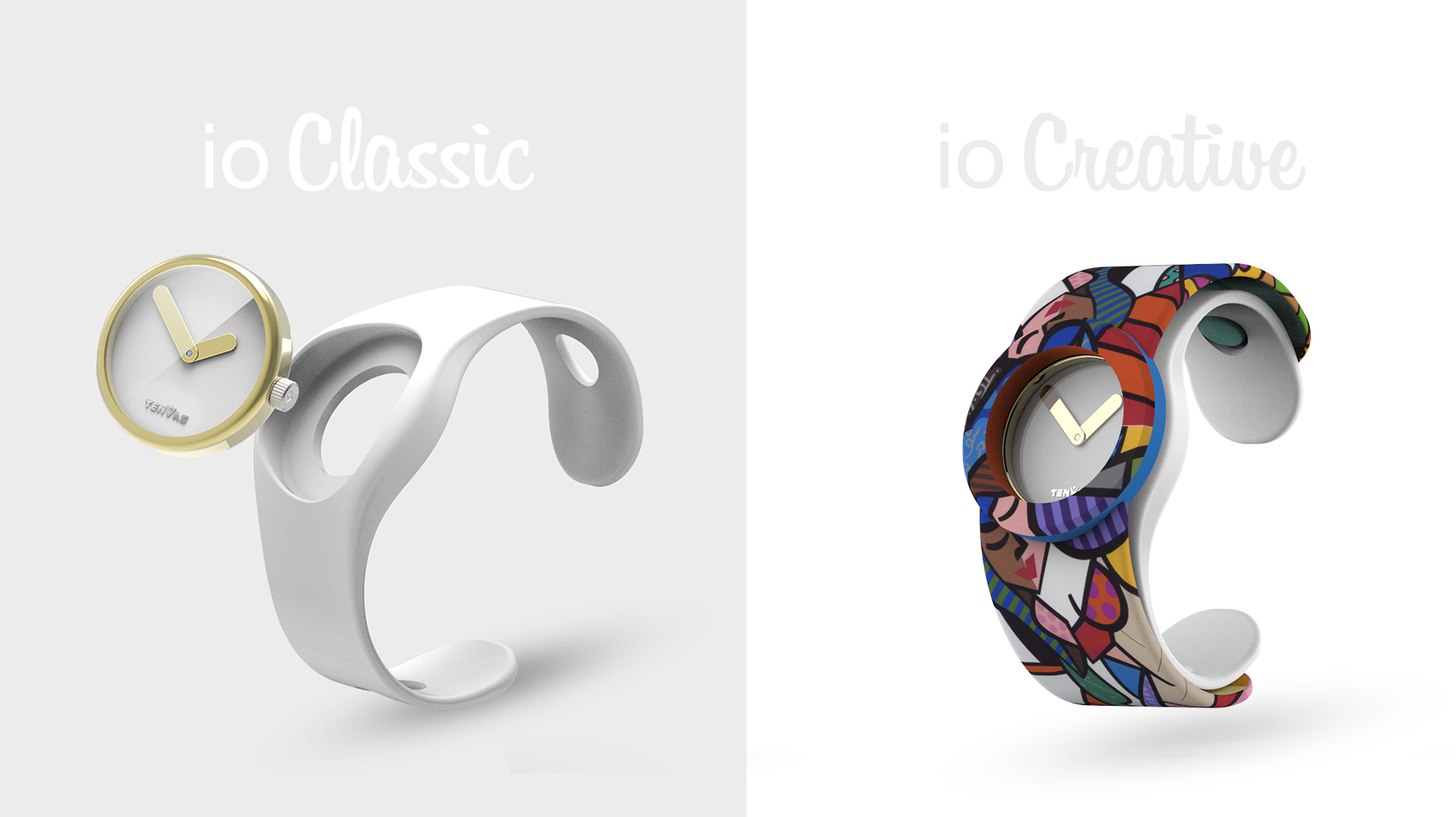 Their other version, the IO Creative is a dual strap watch, in which the outer strap is color 3D printed in VisiJet plastic and snap fits onto the nylon inner strap. It is this outer strap that can be further customized with patterns or icons using their online customization tool, still in development.

Damien Chow, CEO of TENVAS, highlights the advantage that an affordable, yet highly customizable watch can have, “It’s never been possible to customise your watch to suit your self image. However, this can change with the introduction of colour 3D printing and an intuitive user interface. This may bring customisation of watches to the masses. In the future, we may wonder why we previously spent hundreds of dollars on watches that are mass produced and don’t reflect who we are.” 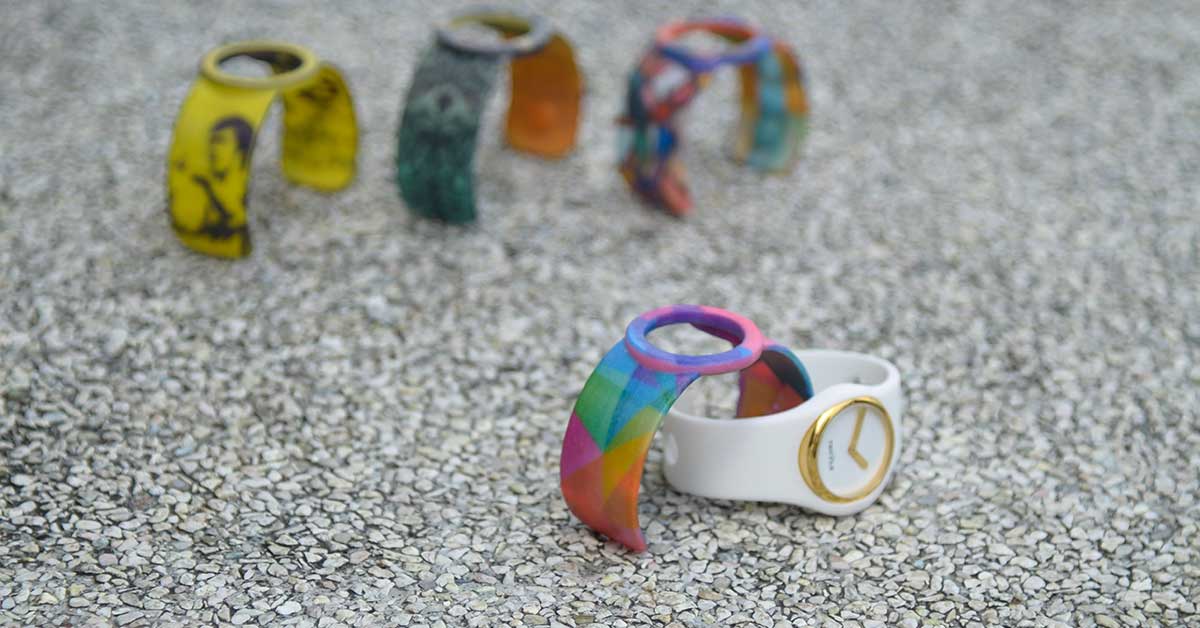 Their campaign has just nineteen days left, so if you want to be one of the first to sport a custom 3D printed watch that doesn’t cost an arm and a leg, visit here.