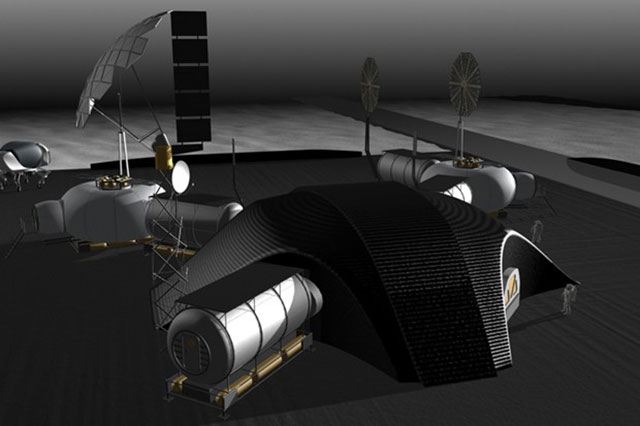 The day finally came when I read the headline “Giant NASA Spider Robots Could 3D Print Lunar Bases Using Microwaves”.  As the universe would have it, the collective imagination that is culture had used the tales of science fiction as a way to hash out the wildly inventive ideas that would eventually lay the groundwork for actually executed projects forty or fifty years later.  One lonely writer, permeated by the zeitgeist of his time – say 1953 – described mechanical claws on a barren planet in some outlandish short story and, over time, that concept seeped into movies and TV shows and the thoughts of everyone until, one day, a team of scientists and engineers, permeated by the zeitgeist of their own time circa 2005, took steps to make those ideas a reality.  Now, in 2013, there exist the following technologies, so incredible as to make the mind boggle in a feverish dance at the edges of sanity: a robotic, spider-like lunar rover; rocket-powered space travel; three-dimensional printing; and ray guns that emit powerful microwaves.  And, combined, these elements yielded a headline that read like something out of a sci-fi novel: “Giant NASA Spider Robots Could 3D Print Lunar Bases Using Microwaves”. 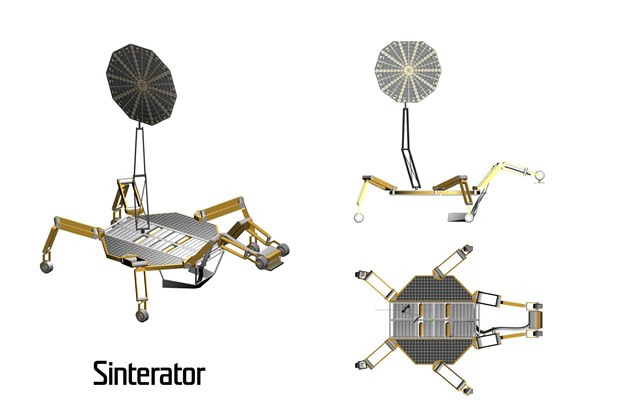 I’d already written something about this before, about British architecture firm Foster + Partners using Enrico Dini’s enormous D-Shape printers to turn lunar dust, when mixed with a fusing material, into something like concrete with which to encase inflatable bubble shelters sent to the Earth’s moon.  The international space race, however, is heating up literally.  Space architects Tomas Rousek, Katarina Eriksson and Ondrej Doule, along with scientists from NASA’s Jet Propulsion Laboratory (JPL), plan to fuse the bits of lunar dust together with microwaves, thus bypassing the need to transport a fusing material along with their other cargo, ultimately reducing the weight of their haul.  And, rather than use a large D-Shape 3D printer, the project, known as SinterHab, will utilize an insect-like space robot.

The JPL has already developed a half-scale prototype of the robot, about 2 meters tall and weighing 300 kg, called the Athlete Rover.  The plan would be to fix a microwave 3D printer onto one of the six legs of the rover, which, with its 48 different 3D cameras, can be controlled by an astronaut within the machine’s hull or remotely, back on Earth or from the proposed moon base’s location at Shackleton Crater. The robot, which can even split into two three-legged machines, would then zap microwaves at the dust, binding them together and gradually building a structure that would take an estimated two weeks to complete. 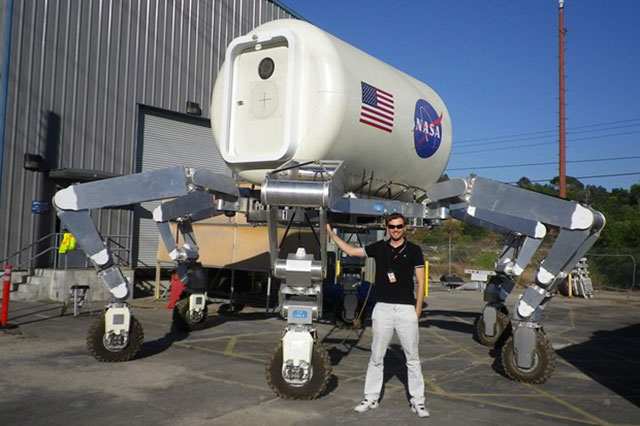 It’s still unclear exactly what the project’s cost would be or even if NASA, in its race to build a base on the moon, will even ultimately choose the SinterHab construction process.  But, after reading the headline above, what has become clear to me is that, every day, my life has come to resemble a Philip K. Dick novel more and more.